Now that we’re into 2023, we can look back at the last 12 months, the trends that were set, the records that were broken, the headlines that were made, and everything else that was noteworthy. 2022 was a mixed bag of both highs and lows; while the world finally started to emerge out of the pandemic, the stock markets and the cryptocurrencies nosedived. The market for collector cars also witnessed a similar roller-coaster ride. While some notable cars failed to live up to the hype, there were few that managed to easily sail past their pre-auction estimates and even set new world records in some cases. Here are three of the most expensive collectors’ cars to be auctioned in 2022. 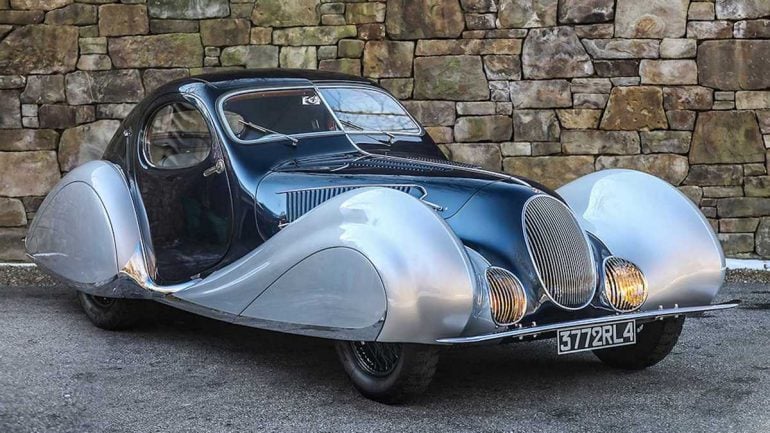 3. 1937 Talbot-Lago T150-C-SS Teardrop Coupe – $13.4 million
It’s quite possible that might have never heard of the French automobile manufacturer Talbot-Lago before, or even confuse this beautiful creation for a Bugatti Type 57 thanks to its distinctive teardrop shape. This incredibly rare automobile is a 1937 Talbot-Lago T150-C-SS with a unique Goutte d’Eau, or teardrop, body made by the famous coachbuilding company Figoni et Falasch. Just like the Bugatti Type 57, the Talbot-Lago T150-C-SS’s elegant teardrop design was strongly influenced by the aviation industry. The letter C in the name stood for Competition, while SS specified that it was fitted with a lighter, shorter chassis. 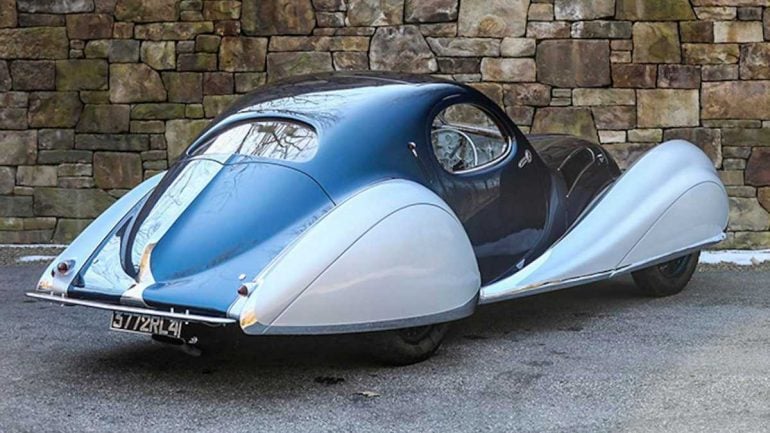 It was a proper performance car powered by a 4.0-liter six-cylinder engine that produced 140bhp when new. The example won the Prix d’Excellence at the 1938 Concours d’Elegance Fémina in Paris and multiple awards over the years. It came up for Gooding and Company’s Amelia Island sale with an estimated value of $10 million and ultimately managed to fetch $13.4 million. 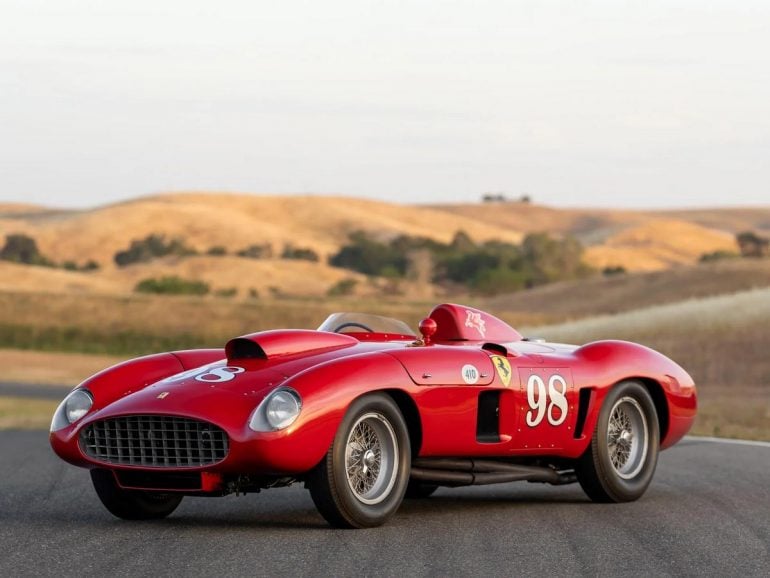 2. 1955 Ferrari 410 Sport Spider by Scaglietti – $21.7 million
The 2022 Monterey Car Week was pretty special. While several automakers chose to launch their latest and greatest at the event, including the McLaren Solus GT and the Lamborghini Urus Performante, we also some stunning classic cars change hands. The highlight was definitely the 1955 Ferrari 410 Sport Spider, an incredibly rare Ferrari racing car that was auctioned for a whopping $21.7 million. 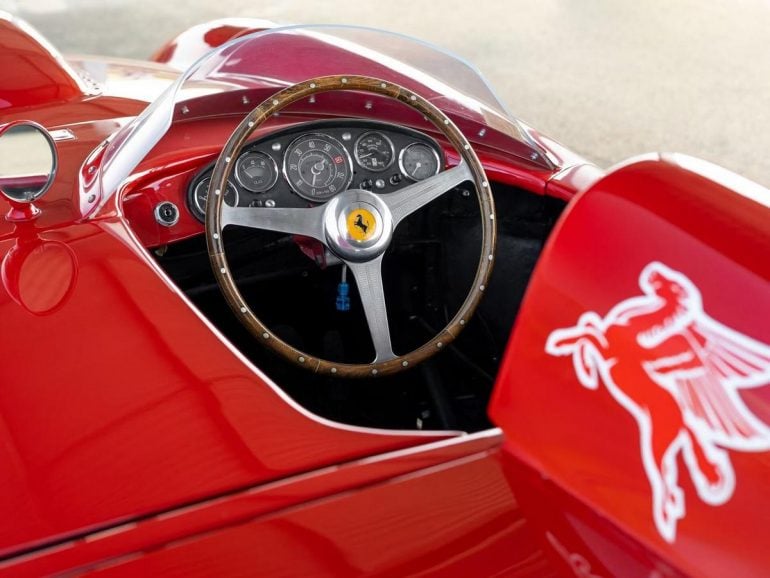 Originally built by Ferrari to race at the 1955 Carrera Panamericana that was later canceled, this example is one of only two units that were equipped with a 24-spark plug 4.9-liter V12. What makes it truly special is that it was driven by Carroll Shelby himself earning him more victories as a driver than any other car in his racing career. He even famously said: “Mr. Ferrari told me that this was the best Ferrari he will ever build.” 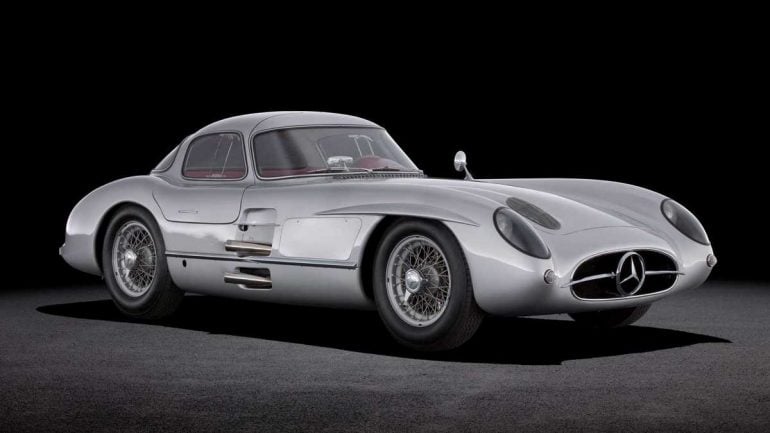 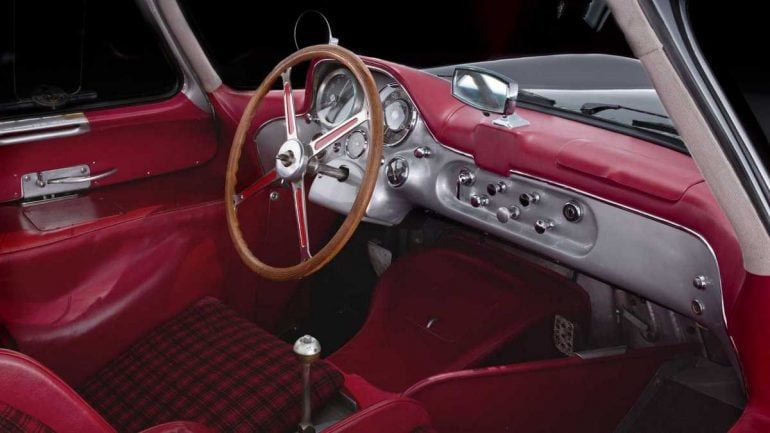 It is based on the W 196 R Grand Prix car and is named after chief engineer and designer Rudolf Uhlenhaut. Only two examples were ever made. While one of them was used as Uhlenhaut’s personal car, the other was owned by Mercedes-Benz and stored in one of the company’s vaults. The unknown buyer has agreed to allow the car to be put on public display for special occasions.

Tags from the story
Ferrari, Mercedes-Benz

Ironically, the most expensive yacht sold in 2022 was this 404 feet long superyacht that…

Even after a brutal crypto meltdown, Bitcoin outperformed Tesla stock in 2022

Raised in poverty, Jan Koum, the billionaire founder of WhatsApp, now has a 223 feet…