You surely will turn millions of heads around if you zip past in the hottest and the most sensuous concept car of the 21st century dubbed Nepta. Wonder if this concept will actually materialize! Renault S.A. a French vehicle manufacturing company is well known for numerous revolutionary designs and security technologies. In the twenty-first century, Renault fostered a reputation for distinctive, outlandish designs. Just recently Renault unleashed the most futuristic concept car named –Nepta. It’s a four-seater cabriolet with a unique, avant-garde door system. The sides of the car, go up in a gullwing-like style to provide access to the front and rear seats. A 420 horsepower V6 power plant means the car is more than just a pretty convertible. Enjoy the drive in this video after the jump- 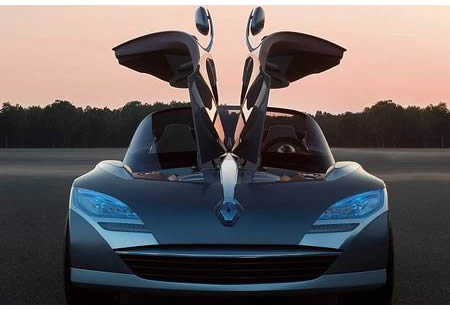 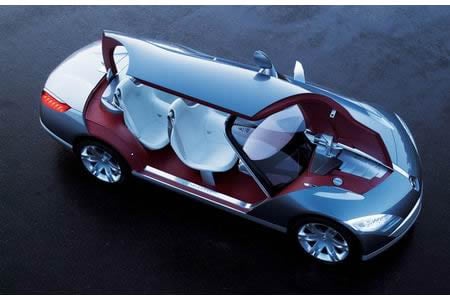 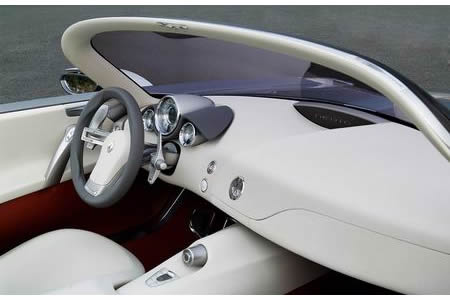 This sensuous beauty is capable of accelerating to 62 mph in 4.9 seconds. Other specs included are the LED headlights and taillights, carbon bodywork, anti-roll bars, digital and analog instruments, Michelin’s latest prototype tires, advanced air turbulence deflectors, and DVD screens. The car will be on display later this month at the Paris Motor Show. Renault is currently the only car manufacturer with the largest number of models achieving the maximum 5 star rating in EuroNCAP crash tests.