More than 2 decades ago when Horacio Pagani set out to build a hypercar, he had a mission in mind, to build cars that’ll leave the world awestruck. Not surprisingly, Pagani hasn’t failed! While the Pagani Zonda isn’t that readily available anymore like it used to be, with the dawn of the Huayra, the manufacturer has unveiled yet another one-off of the legendary car. Called the Zonda 760RSJX, this exclusive car has been specially created for a customer in Hong Kong and is part of the 760 range. Sporting a massive, and somewhat frightening, V12 7.3-liter naturally aspirating engine, this car produces a nerve-wrecking 760 hp! 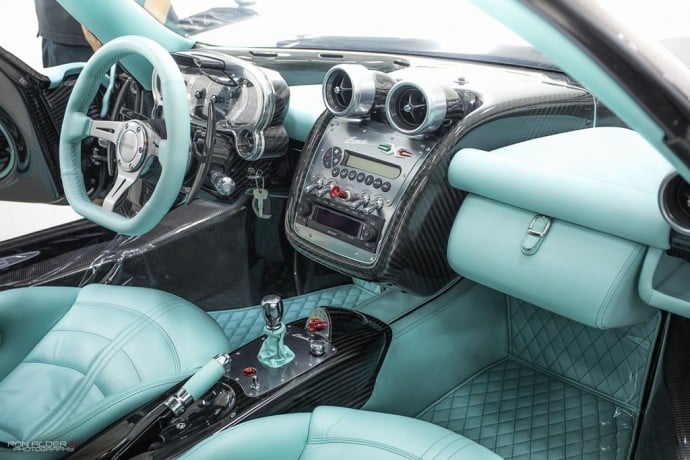 Besides the fact that it’s a Pagani Zonda with supercharged insides, this vehicle also boasts a very interesting interior. The car is arguably one of the most eye-catching models in the 760-series and sports the same pastel green shade of the original Zonda Uno, both inside and outside. With leather seats, flooring, a matching transmission tunnel, steering wheel and dashboard, the Zonda 760RSJX also sports a revised front end with carbon fiber canards and a Le Mans inspired carbon fiber rear fin. To top it all, the car has the Italian flag running across its middle, beautifully blending with a large spoiler on the car’s tail end. It goes without saying that this is indeed one of the most beautiful Zondas to roll out of Pagani’s stables.