Meet the Good Ghost, a stunning custom motorcycle that was created out of a 1980 BMW R100 RS by Dirk Oehlerking of Kingston Customs. The motorbike with a whiff of steampunk styling is the third installment in Oehlerking’s Phantom series, which started with the White Phantom four years ago and was followed by the sleeker and a more refined Black Phantom. Unlike the previous two Phantom motorcycles, the Good Ghost has an old-school streamliner look with a full-body cladding that extends from front to back and also covers both the wheels; just the iconic BMW boxer-twin engine juts out of the full-length fender giving the motorcycle a very unique look. The entire body paneling is painstakingly hand-shaped using 2mm-thick aluminum sheet and it looks like the cloak of a ghost, thus earning the name ‘Good Ghost.’ 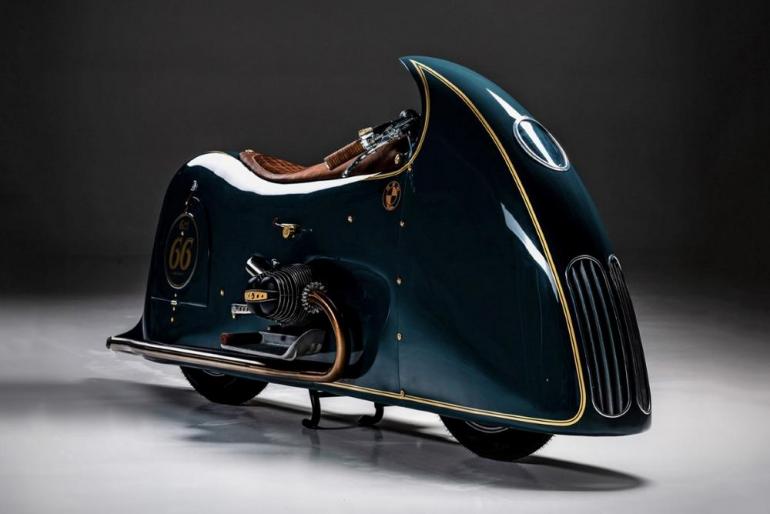 In typical Kingston Custom fashion, no changes have been made to the original chassis of the BMW R100 RS. The front has a single headlight that sits flush with the bodywork, along with BMW’s signature split kidney grille. Another unique design element of the custom bike is its leather seat that extends all the way from the headstock to the tail section and also incorporates the instrument gauges. However, because of this design feature, the fuel tank had to be customized. Dirk fabricating a small fuel cell that is located behind the transmission and has an external fuel pump. There’s plenty of storage space on the motorcycle as well. The seat lifts off to reveal a compartment that stores a bottle of wine and a glass, while a corkscrew and a spare spark-plug is neatly stowed in the opening mechanism. There are two flaps on each side of the rear wheel with one of them storing a comprehensive toolkit and the other one hides a selection of century-old silverware. The custom motorcycle was commissioned by the Haas Moto Museum in Dallas, Texas where it will be put up on display. A few months back, Haas Museum also added a one-off electric motorcycle named 2029 to its collection which was created by Fuller Moto and represents a modern rendition of the 1929 Majestic. 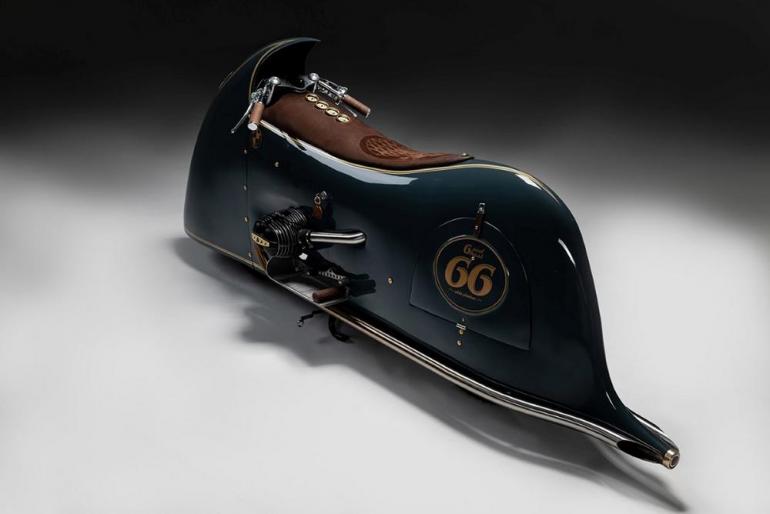 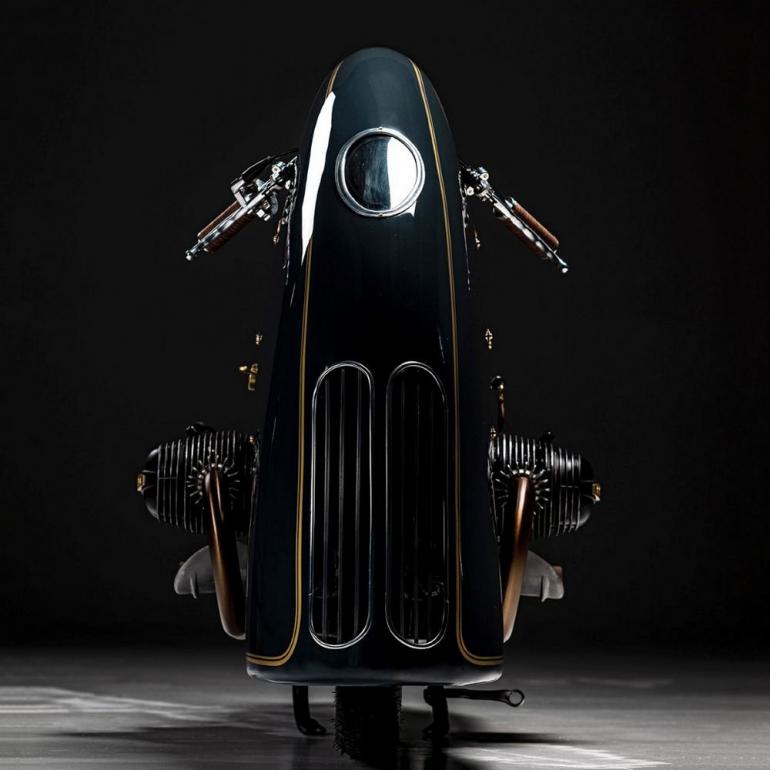 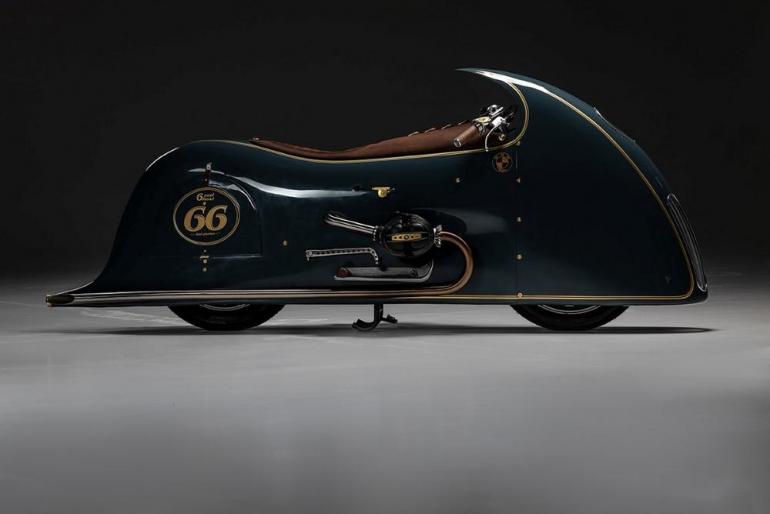 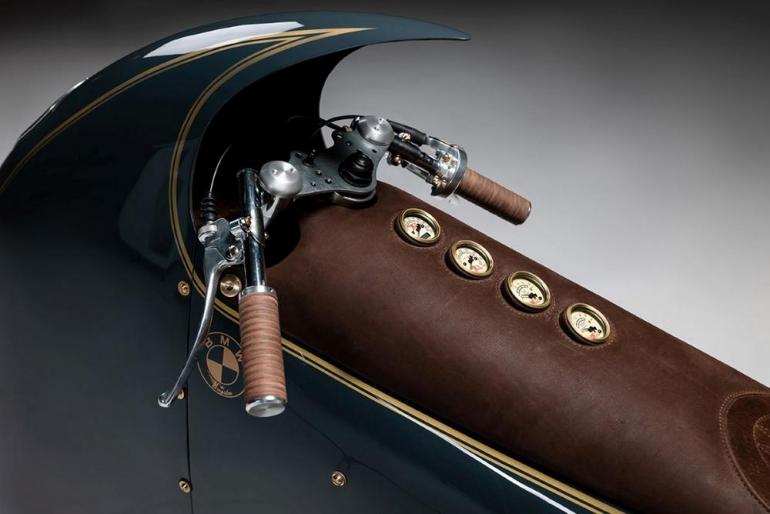 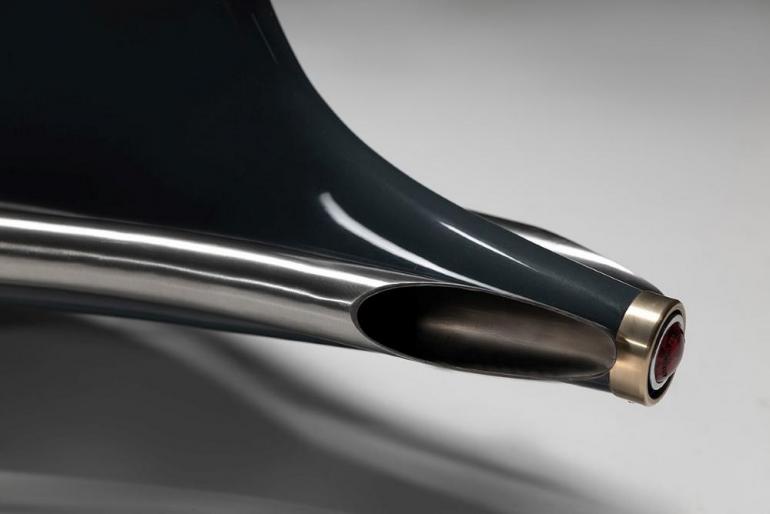 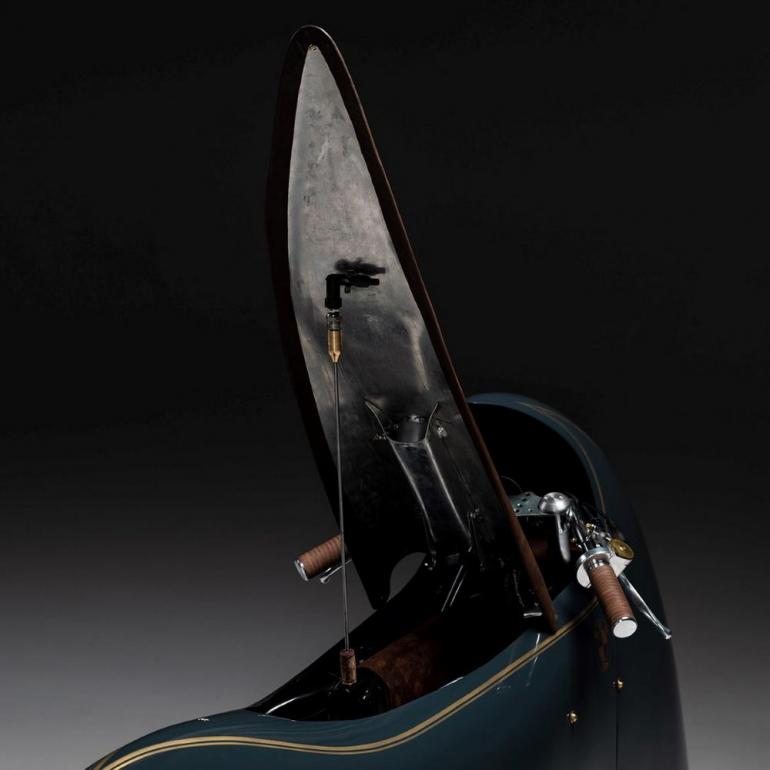 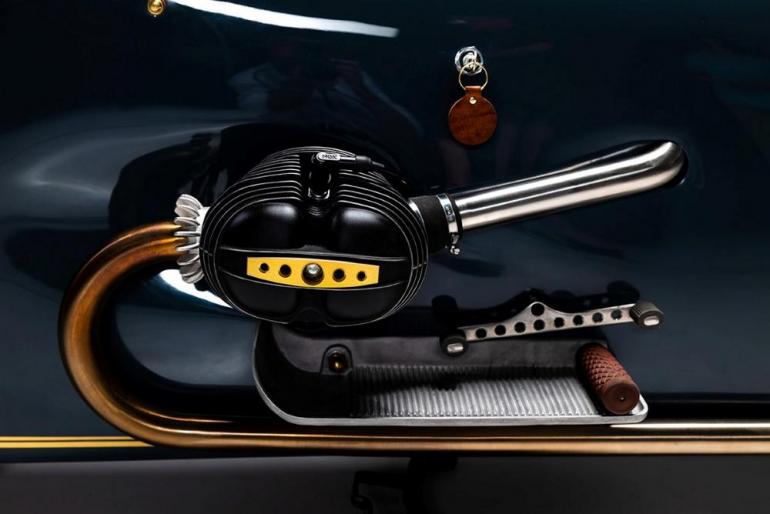 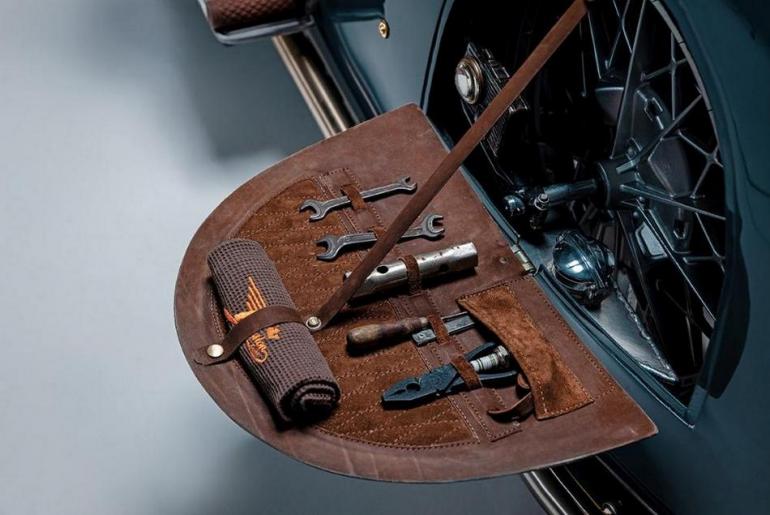 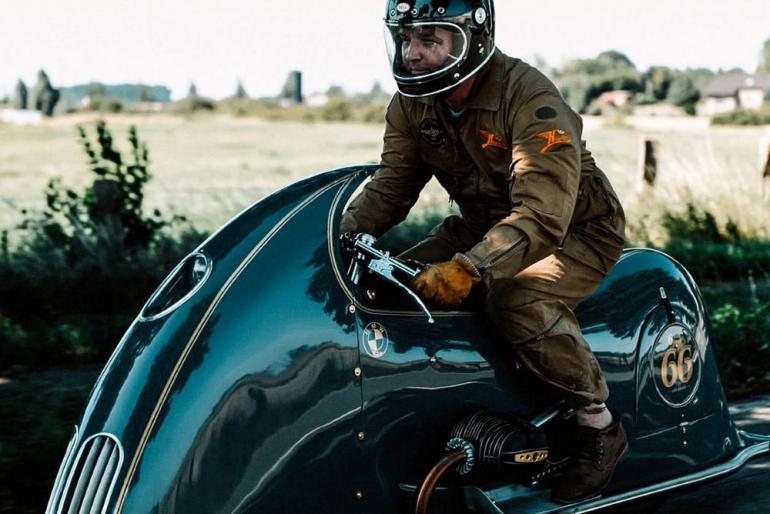