Homophones ideally sound the same but have a different meaning. However, for Porsche and posh you can say that they are homophones but I feel that they both also stand for superiority! So I wonder if in terms of language rules we should consider them as Homophones or no! Anyways what I wanted to tell you all is that Porsche has just unwrapped the Cayenne SUV hybrid prototype. The Cayenne Hybrid will feature a full-hybrid design where the hybrid module (clutch and electric motor) is positioned between the combustion engine and the transmission rather than having the hybrid drive train branching output along various lines and in various directions via a planetary gear set. This in-line configuration is a better fit for Porsche as it will provide improved acceleration and engine flexibility compared to a conventional Cayenne. 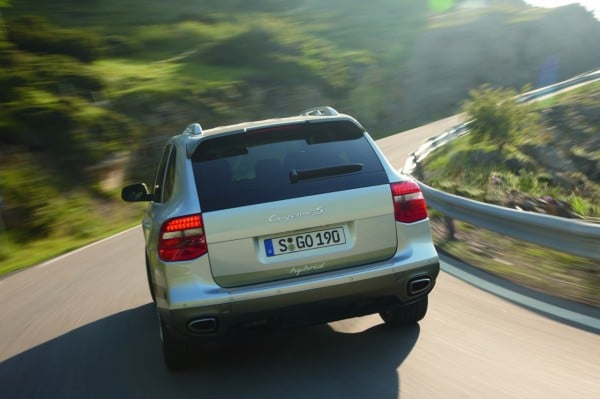 Coordinating the car’s three main components – the combustion engine, the electric motor, and the battery – is the Hybrid Manager, the heart of the Cayenne Hybrid. The power steering and vacuum pump for the brakes, as well as the air conditioning, which operates on electric power…..all contribute to its enhanced mileage factor. Look forward to similar hybrid technology in its Panamera four-door Gran Turismo too.