Range Rover has been gift wrapped with a red ribbon for Kim Kardashian’s sister Kendall some time back. But this time, the beast has been wrapped up completely in Louis Vuitton monogram in an attempt to bring the high-fashion to the streets. To break the logo print, a pink and white stripe runs through the vehicle’s length, and the owner’s initials, N.J.H, are loud and clear on the bonnet. This LV-themed Range Rover was spotted parked outside a budget store in Bournemouth, UK. There are no confirmed reports about the kind of wrap and the cost involved. But we are sure that such a customized makeover doesn’t come cheap. And it isn’t the first time we came across a car slathered with an LV logo. The Cadillac Escalade that featured Louis Vuitton seat and dashboard trims wooed all fashionistas while the 1962 Cadillac caught us dead as it dropped its Louis Vuitton top to reveal the LV-stylized interiors too. 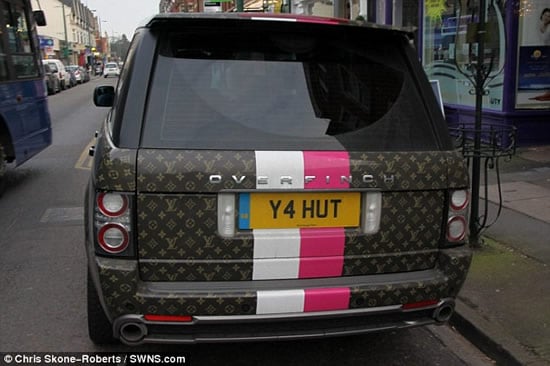 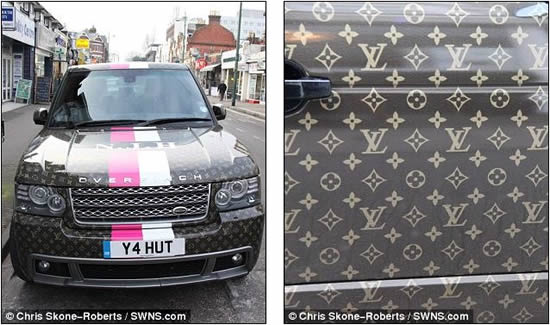