Tipu Sultan, better known as the Tiger of Mysore, ruled the Kingdom of Mysore with pride an honor. To celebrate this historical figure who was one of the most popular rulers hailing from India, British luxury car manufacturer Rolls Royce has unveiled a special edition Ghost, based on the Extended Wheelbase Ghost Series II. Called the Ghost Mysore, this limited-edition luxury automobile is fit for a king and sports intricate details that make it a one-of-a-kind bespoke ride. The car will come wrapped in a special shade of blue, complimented perfectly with a white middle section. The wheels too sport blue-painted elements while the subtle exterior graphics make sure this Rolls Royce Ghost stays unique and distinct. 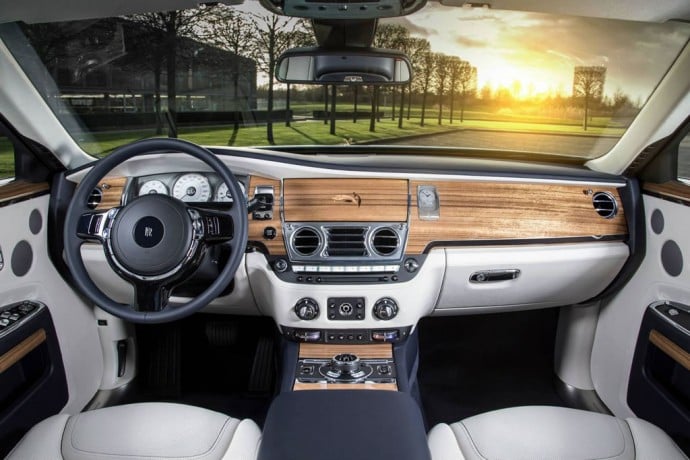 The interiors too are a tad different from the conventional model, sporting a matching Seashell white interior and a light dashboard veneer. Tiger motifs are stitched on the headrests of the car’s seats, since the beast signifies the head-strong ruler from India who was hailed for killing a tiger with a dagger. Performance-wise, the car will probably sport the same engine as its non-bespoke twins, since Rolls Royce hasn’t mentioned any technical upgrades. Only three models of the Rolls Royce Ghost Mysore will be built, all of which will be sold exclusively in Abu Dhabi, and strangely not in India!