Rolls-Royce has unveiled its first ever Bespoke Collection offered for the entire family of models. Dubbed the ‘Suhail Collection’, the exclusive trim is being offered on Phantom, Phantom Coupé, Ghost and Wraith models and is named after a star constellation that is believed to have inspired the 10th Century Arabic mathematician, astronomer and physicist Ibn al-Haitham. “Ibn al-Haitham was a notable pioneer whose scientific achievements represented a turning point in the history of science. We felt the Suhail constellation was the perfect inspiration for a very special bespoke collection to celebrate his influence on Eastern and Western science,” said Torsten Müller-Ötvös, Chief Executive Officer, Rolls-Royce Motor Cars. 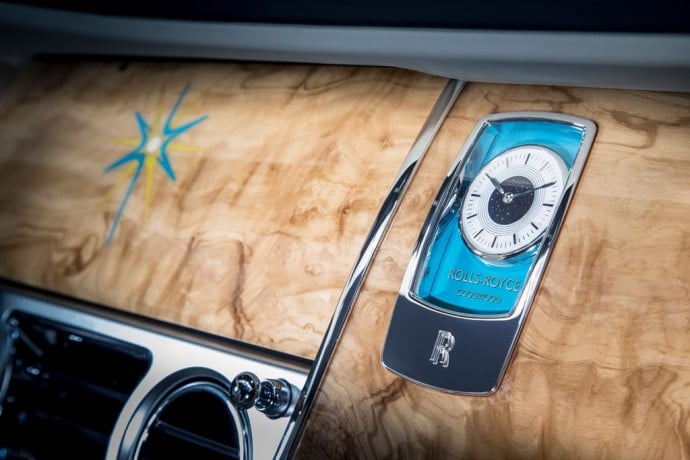 The entire range is personalized with unique touches such as Moonstone Pearl exterior with a Turchese Blue coachline and a Suhail star emblem on the front fender. The cars also have a bespoke interior with Creme Light leather seats and Turchese Blue accents. Suhail star emblems are also worked into the marquetry on the Ash Burr wood fascia. Other notable highlights include Ash Burr trim, a bespoke clock and Suhail star emblems. Phantom and Wraith models also get a Starlight Headliner, while the bespoke clock depicts the Suhail Ursa Minor and Major constellation on the clock face.