With a hybrid engine powered by electricity produced by a hydrogen fuel cell, two Oceanwing sails and care for the environment, the 45m Seaffinity by VPLP Design has all the makings of a futuristic Trimaran concept. The French studio shared, “The yacht is open to the sea, inspired by the sea, inspired by birds like seagulls, inspired by their lightness and fluidity but also by their beauty. We reject any threatening warlike expression, just as we reject any association with a design that only values ​​machinist perfection and, in so doing, lacks the warmth of the living. We chose to design a boat with a monolithic shape inspired by the world of sea birds, seagulls.”

The trimaran indeed looks like a majestic bird with two giant wings traversing 2,690 square feet each. These massive wings do a lot more than look ethereal and intimidating; they harness the wind for clean and efficient cruising. “We wanted to offer customers a new concept of a boat more in harmony with nature,” the studio said in a statement. The trimaran is more about function, performance, and everything that a traditional yacht is not because they pollute too much. 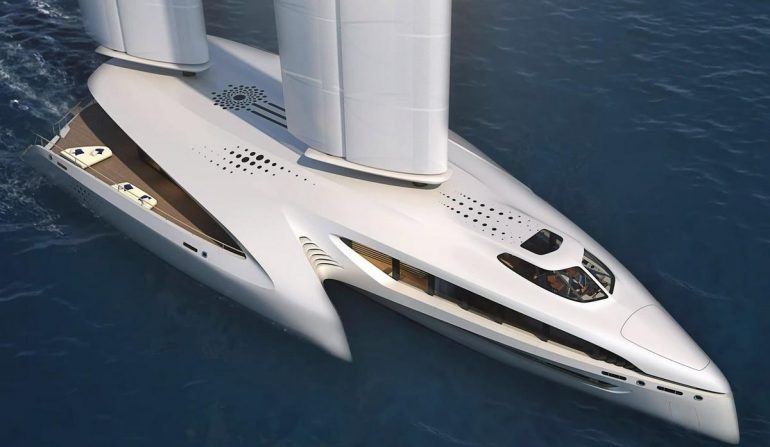 Externally, the new boat concept is very much in sync with nature and the environment. The boat is well equipped with systems where the user has easy access to technology. As far as opulent interiors are concerned, the Seaffinity is a much simpler counterpart. The makers don’t want it to be a rainbow that stands out in the middle of the sea, rather the opposite. The interior of Seaffinity is a living space and not a technical feat or a work of art that seeks to stand out. With an intentionally reduced color palette, the maximum effect is obtained with the minimum of means. 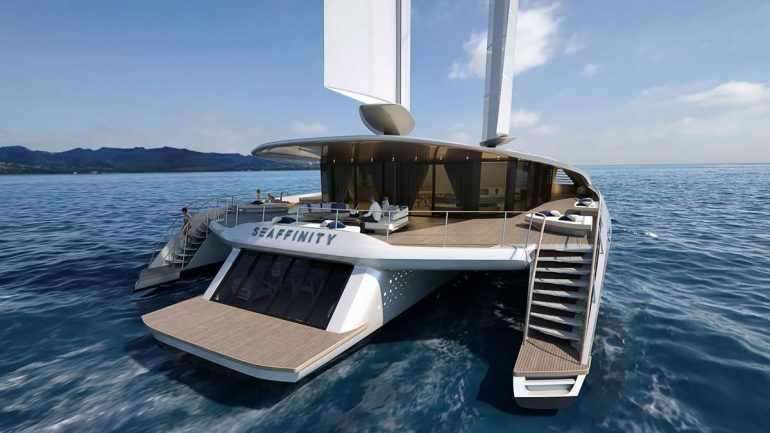 The ambiance is effortlessly created even without the mourning of decor elements. The designer put great emphasis on the outdoors, as that’s what truly matters while sailing. The stunning panoramas are the actual view, and the silent Seaffinity intends no disturbances of any kind. The concept was penned by VPLP Design under the design direction of Patrick le Quément. 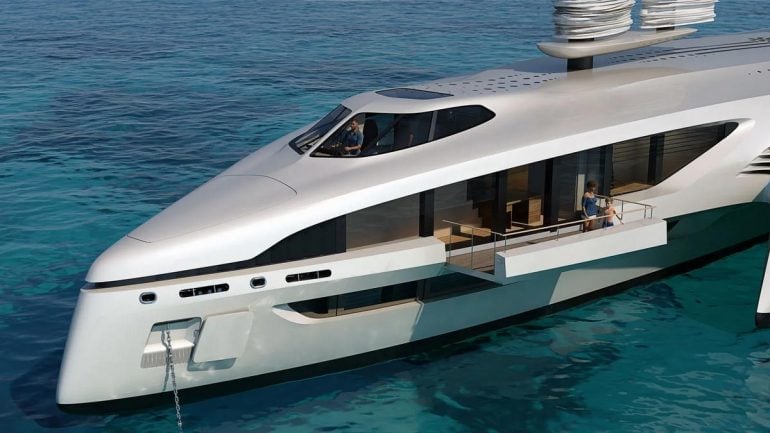 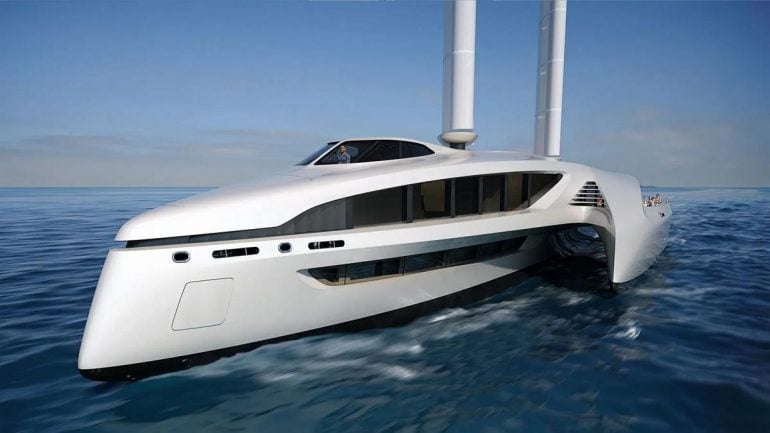 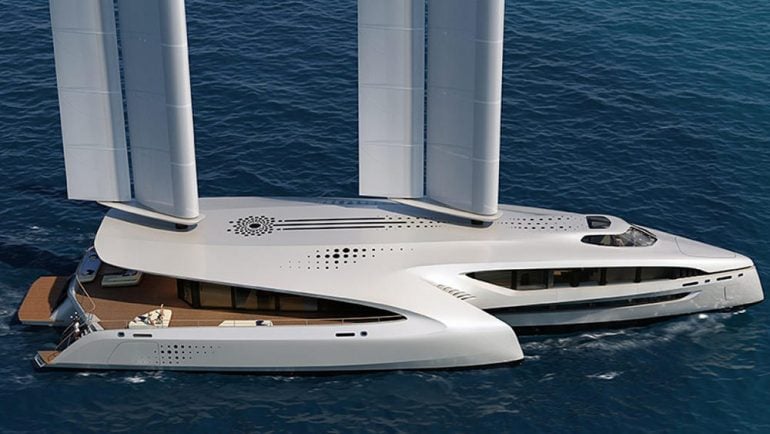 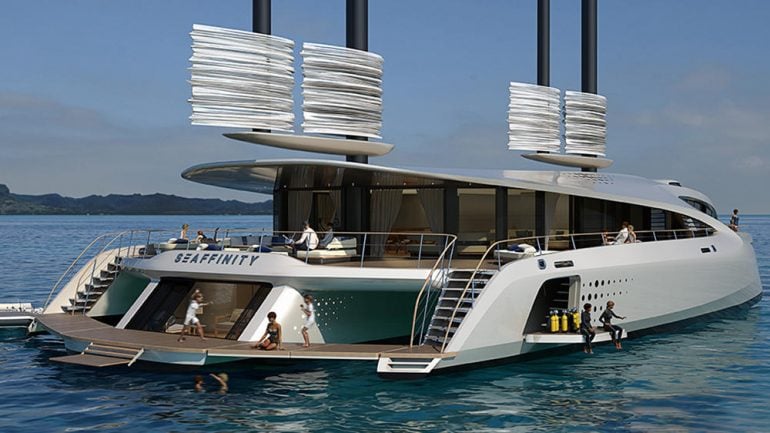