The Skreemr concept caught our eye just as it did yours here. With timelines shrinking and geographies expanding, it is critical for us to identify and find a way to travel fast. This concept takes it really seriously and manages to travel at ten times the speed of light. This means that a flight from New York to London would take you half an hour or so. Canadian engineer and inventor Charles Bombardier has brought forth a concept that could change the way we see long distance travel and this is looks like something that would take off more sooner than later. 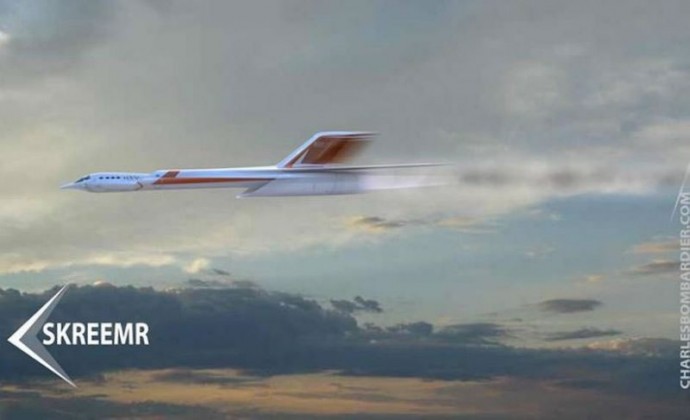 The secret behind the Skreemr’s incredible promise of speed is known as scramjet technology. It is a unique combination of four wings, two rockets and a scramjet engine. It will take off either by being deployed by a railgun or an electric launching system. All of this will have to be managed while keeping the g-force at a minimum.

The scramjet technology is currently being employed by military drones but when this one takes off, it will have enough room for up to 75 passengers. Imagine life in the fast lane and then at 7,673 mph! Now that gets dangerously close to making us forget teleportation for a while.