Ferrari’s runs an exclusive XX driver programme for its most dedicated customers who pay jaw-dropping amount money to drive track-only models on exclusive track events organized by the marque. Just to give it context, there are only 40 people across the world who paid $2 million who are a part of the Ferrari FXX K programme. However, Korean person found a rather interesting shortcut to be a part of it by converting a Ferrari F430 Spider into an FXX K knock-off. Instagram handle by the name of “Autogespot” posted two low-definition pictures of the interesting yet sad attempt to create a Ferrari FXX K race machine. 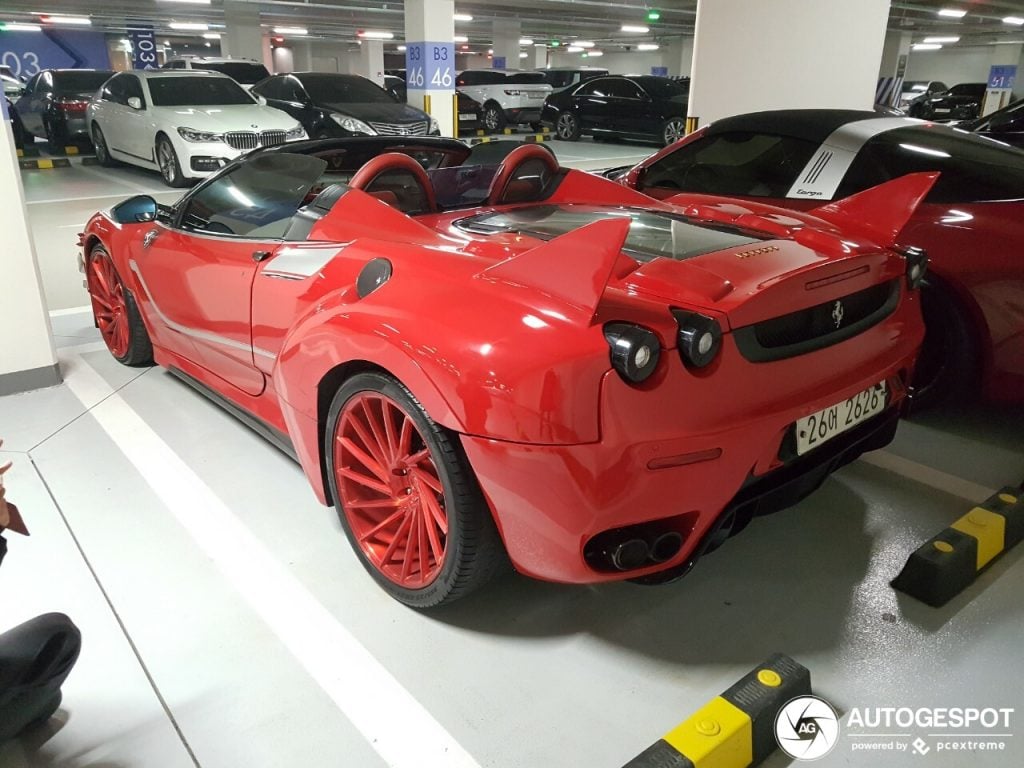 To give the front the mean fascia of FXX K, the know-off wears a similar decal that almost covers the entire headlights to give it that squinty looks. Additionally, there are splitters and fins on the front bumper to make it, at least, look sporty. But that nothing in comparison to what’s going on at the rear end. The wheel haunches are flared beyond proportion and added with fins that are meant to look like the ones on the real FXX K but fail miserably. Even worse are the horrible rims that are, at best, worthy of Chinese Ferrari knock-offs built on bangers. But this silly contraption has made us want a road-going version of the actual Ferrari FXX K, which in every way would be just stunning.

Tags from the story
Ferrari, Korea