The whole point behind sleeper cars like BMW M3/M4 and Audi RS4 is that they pack performance of a sports car into an unassuming exterior of a regular sedan or coupe. Nevertheless, the new generation BMW M4 is quite the looker, but just in case if you want a more sinister looking version of the high-performance two-door, the Special Edition GTRS4 is just the one you need. Made by California based tuner company Vorsteiner, the GTRS4 widebody kit for BMW F82 M4 is made of full lightweight carbon composite and the design and development took place in-house. Vorsteiner is no stranger to creating widebody kits for high-performance BMWs having previously done so with the E92-generation M3 and their latest creation marks the brand’s 10 year anniversary. 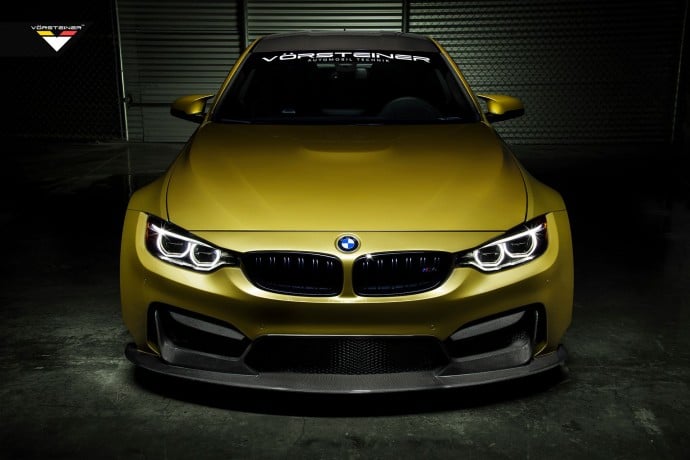 According to the company, the idea behind the car was to keep the original design lines while molding the wide body kit. Vorsteiner says it was not enough just to make the widest possible fender as it was also dictated by the ability of the wheel to turn while under load at high or low speeds. The kit adds some serious girth around the front (4 in. or 102mm) and rear (7 in. or 178mm) fenders of the M4 Coupe together with matching bumpers and spoilers, all made from carbon fiber. To complete the looks, 3-Piece Forged wheels in 20×10.5J and 20×13.5J respectively were fitted to the 275 and 345 width tires. It is also fitted with Pirelli’s signature P Nero tires for optimal traction and performance. And to top it all, the GTRS4 gets an impressive power bump by using ESS Tuning’s E-Tronic: 550hp to the crank. The Vorsteiner GTRS4 will be displayed for the first time at the 2014 SEMA Show in Las Vegas (Nov. 4-7). 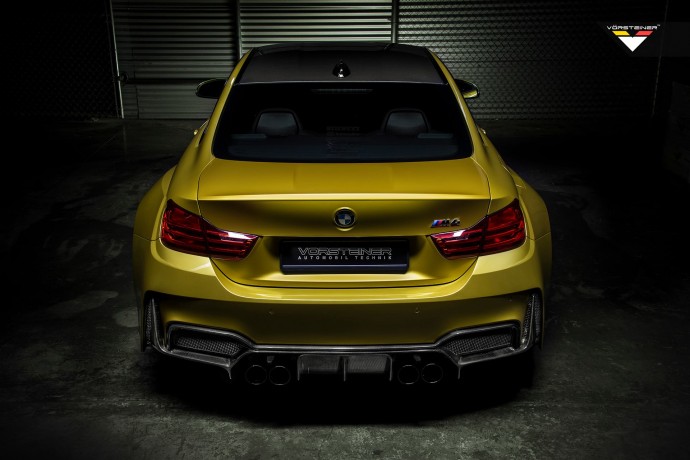