Shelby SuperCars’ Ultimate Aero is the world’s fastest car and proved its mettle at the two-lane stretch of a public highway in Washington State. Complying with Guinness World Records’ strict policies, the car had to drive down the highway, turn around, and make a second pass in the opposite direction within one hour. The Ultimate Aero posted 257.41 mph on the first pass and 254.88 mph on the second for an average of 256.18 mph. Official data were collected via a GPS tracking system from the Austrian data acquisition company Dewetron. At that speed, the Ultimate Aero broke the official record held by the Koenigsegg CCR (242 mph) and the unofficial record (253 mph) held by Volkswagen’s $1.6 million Bugatti Veyron. The Ultimate Aero is aerodynamically stable at speeds up to 273 mph. “If there was additional straight pavement on which to accelerate, the top speed would have been considerably higher, so if anyone challenges our record there are tons left on the table,” says Chuck Bigelow, the pilot of the Ultimate Aero on its record-breaking run. If you compare then, the Bugatti and Ultimate Aero are quite similar when you view the key performance and hardware statistics. They both boast expensive, lightweight materials such as aluminum and carbon fiber; a mid-mounted engine aided by the use of turbochargers (two for SSC and four for Bugatti); 1000-plus horsepower; 0 to 60 mph times under three seconds; and a top speed above 250 mph.

When you look at what sets them apart, first of all the Veyron sends power to all four wheels while the Ultimate Aero utilizes a rear-drive setup with no traction control. For its engine, Bugatti uses 16 cylinders while SSC uses only eight. The Ultimate Aero’s weight is more contained than the Bugatti due to the smaller engine and lack of all-wheel-drive system, the biggest difference is of course the price; the $1.6 million Veyron costs more than 2.5 times as much as the SSC ($600,000). SSC is about to reach the 50-car production run planned for the Ultimate Aero. Apparently five cars have been sold and delivered internationally. 2008 has already seen eight orders with six-figure down payments to match. Next on the company agenda is a four-door, four-seat, luxury sports sedan aiming at near or above 220 mph. 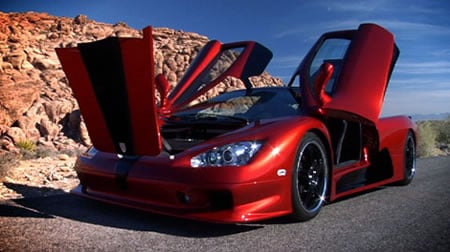 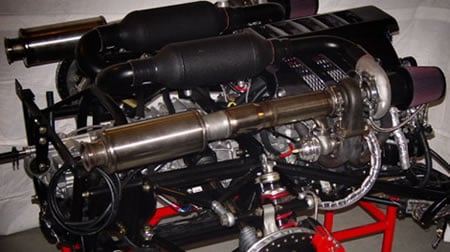