It’s raining adventure motorcycles this year. After the launch of the Husqvarna Norden 901 and the next-generation Triumph Tiger 1200, the ADV segment has a brand new competitor that has been purpose-built for adventure seekers. Meet the 2022 Ducati DesertX, a middle-weight off-road machine inspired by the iconic rally motorcycles that competed during the golden age of the Paris-Dakar rally. Ducati introduced the Desert via the sixth episode of this year’s World Première series. The Ducati DesertX had debuted in a concept form back in 2019 at EICMA, which had received a very positive response from the company’s patrons. Although Ducati’s current line-up has several adventure and off-road-focused motorcycles, the DesertX appears to be more capable than all of them. 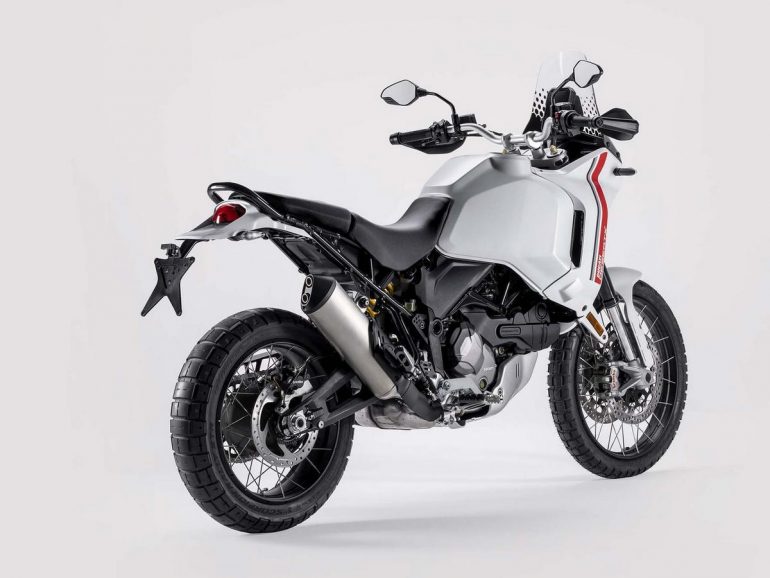 Starting with the design, as mentioned before, the DesertX gets retro-inspired styling which is free of any kind of clutter and fuss. All the styling elements are clean and easy on the eye. The highlight of the adventure bike’s styling is its twin-headlight design, which has been directly inspired by adventure bikes from the 1980s and early ‘90s. Unlike modern ADV motorcycles, the DesertX’s windscreen isn’t complex either. However, the retro design of the bodywork hides underneath it a thoroughly modern motorcycle with the latest hardware and features. 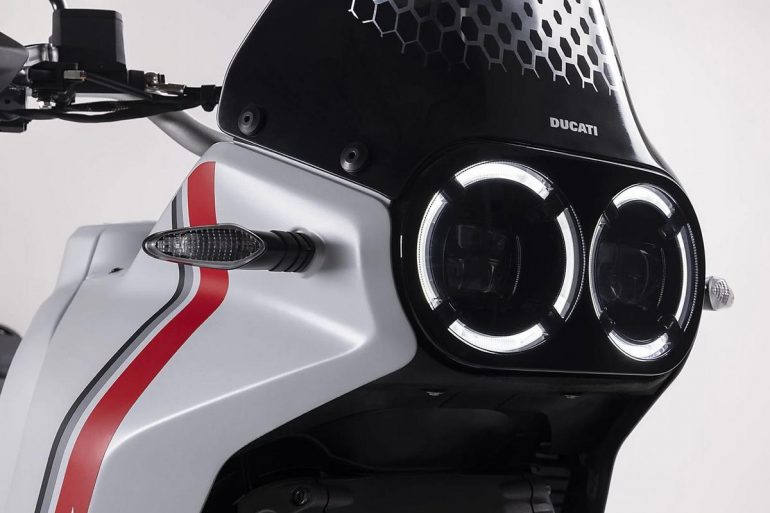 The Ducati DesertX gets an all-new steel trellis chassis and comes fitted with 21-inch front and 18-inch rear wire-spoked wheels that are wrapped in OE-fitted Pirelli Scorpion Rally STR rubber. Ducati claims that the DesertX has a dry weight of 445 pounds, making it 50 pounds lighter than the Multistrada 1260 Enduro. The motorcycle has a 5.5-gallon fuel tank, but buyers can an auxiliary 2.1-gallon fuel tank as an optional extra. The DesertX is powered by the familiar 937cc Testastretta V-twin which is also found in the Multistrada V2 and Monster models. The engine makes 110 horsepower and 68 pound-feet of torque, which is more than enough for machines built to take on off-road conditions. In the US, the all-new DesertX will go on sale in June of 2022 and will be priced at $16,795. 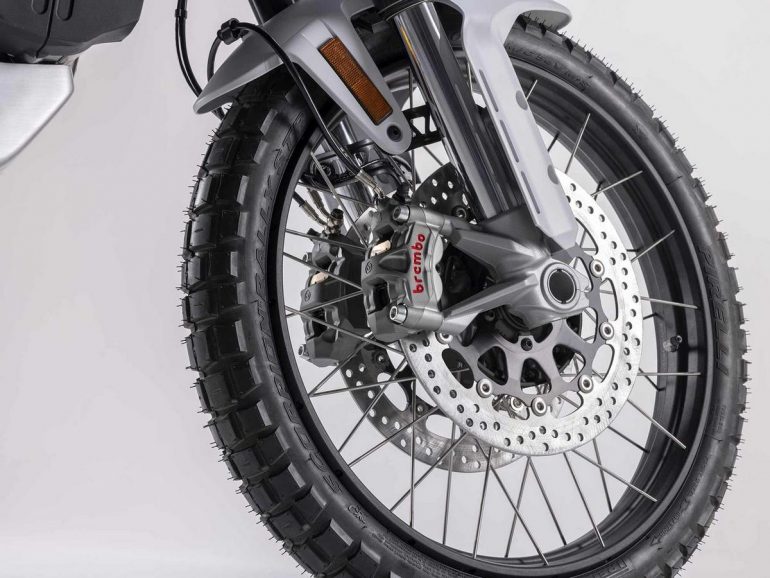 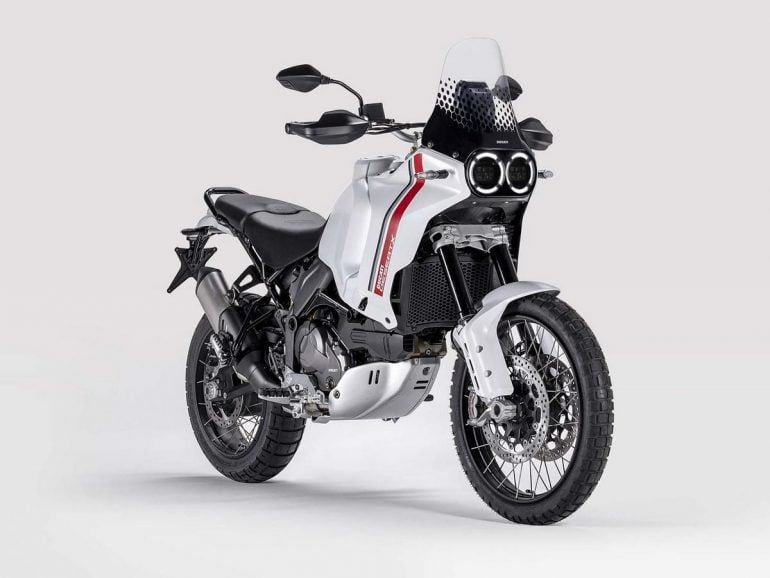 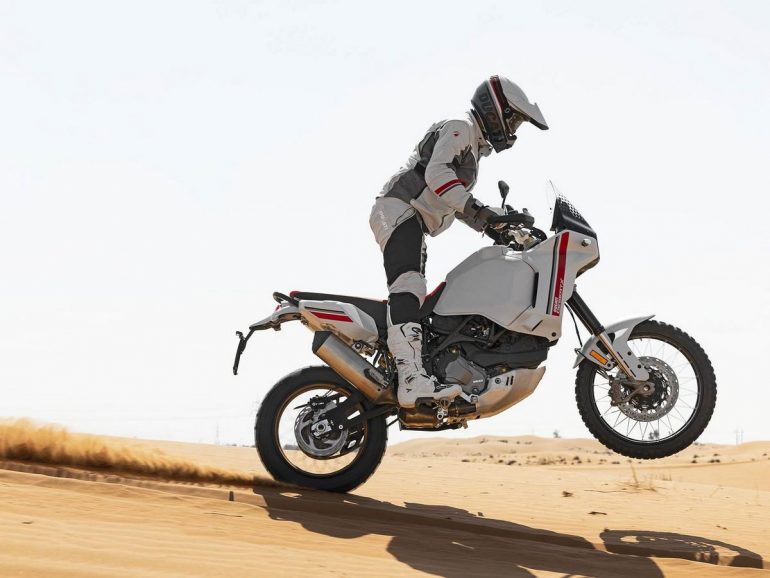 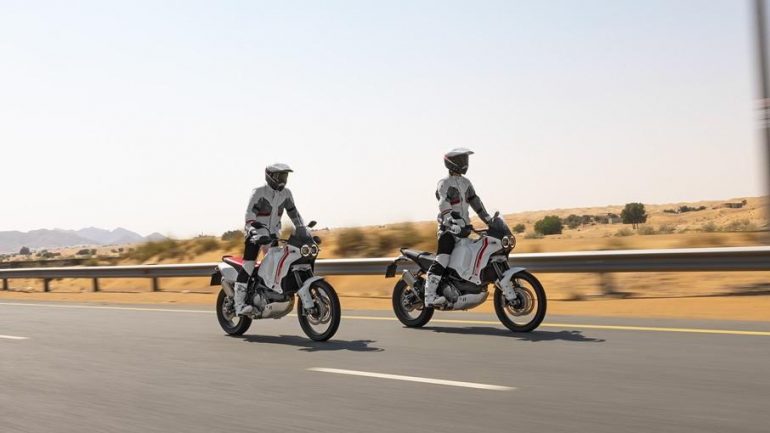 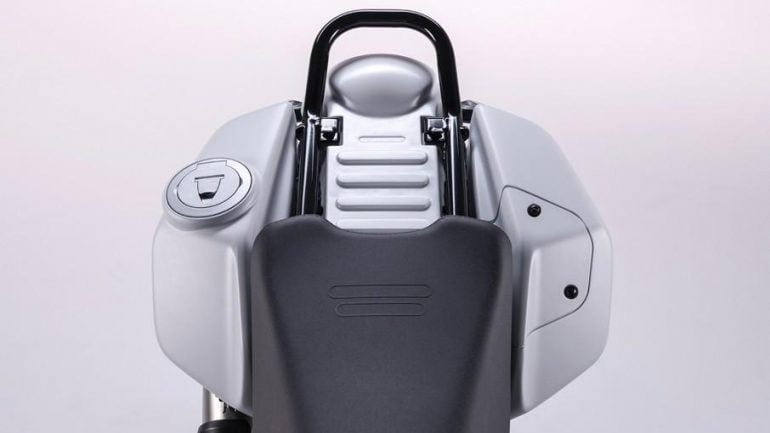 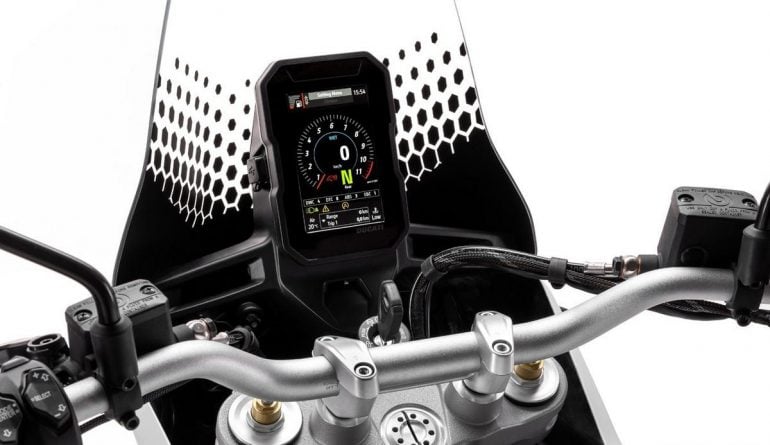 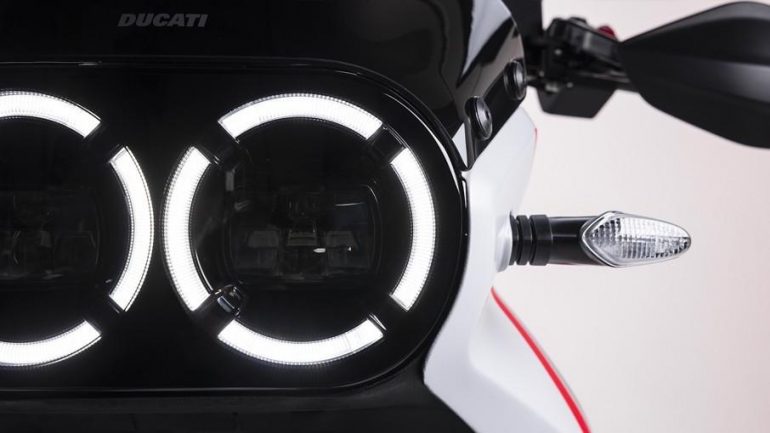 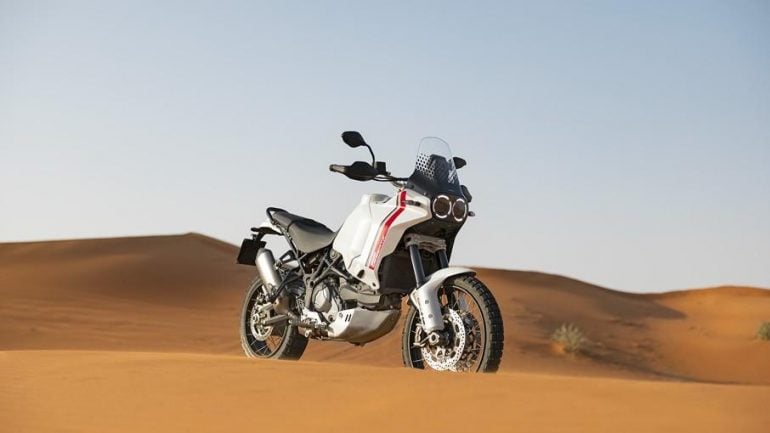 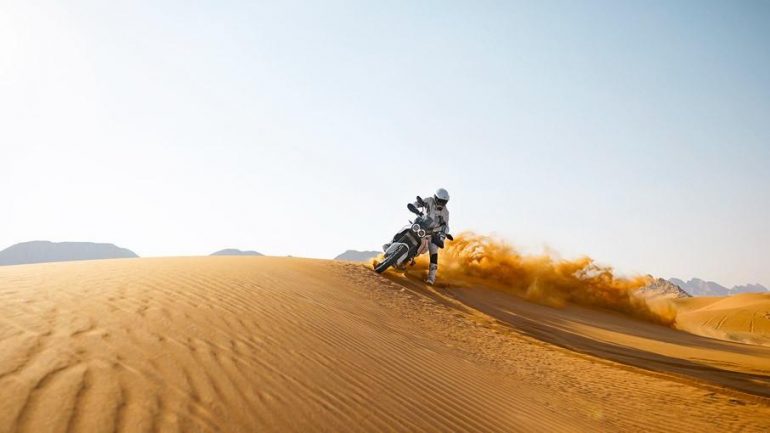