Superyachts are turning into more advanced, cutting-edge marvels by the day. The Watercraft X-01 by DRF Tools, a visual artist from Moscow, Russia, is one example. Though only a concept for now, and probably going to be for a long time, it makes you wish for a magic wand that can turn this dream-like, Catamaran-style vessel into a real one. There are no details on the water-faring beauty, but the extensive image gallery helps us make a few apparent assumptions. 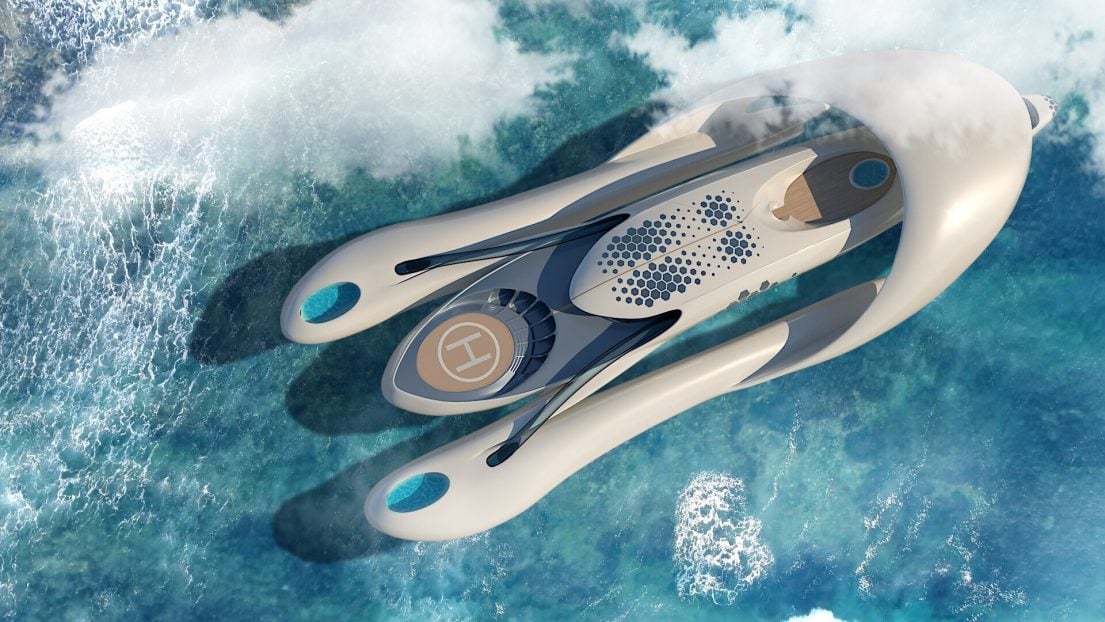 The craft’s bow reveals a dedicated helipad giving a pretty clear idea of the largeness of the X-01. The basic structure can be divided into three parts; one central floating platform that doesn’t seem to contact the water beneath and two massive lateral hulls that make the vessel look like an advanced, giant catamaran. They serve several purposes, such as moving the ship forward and being equipped with large lateral hatches used to enter store tenders and toys or simply setting the venue up for dinner with a view. 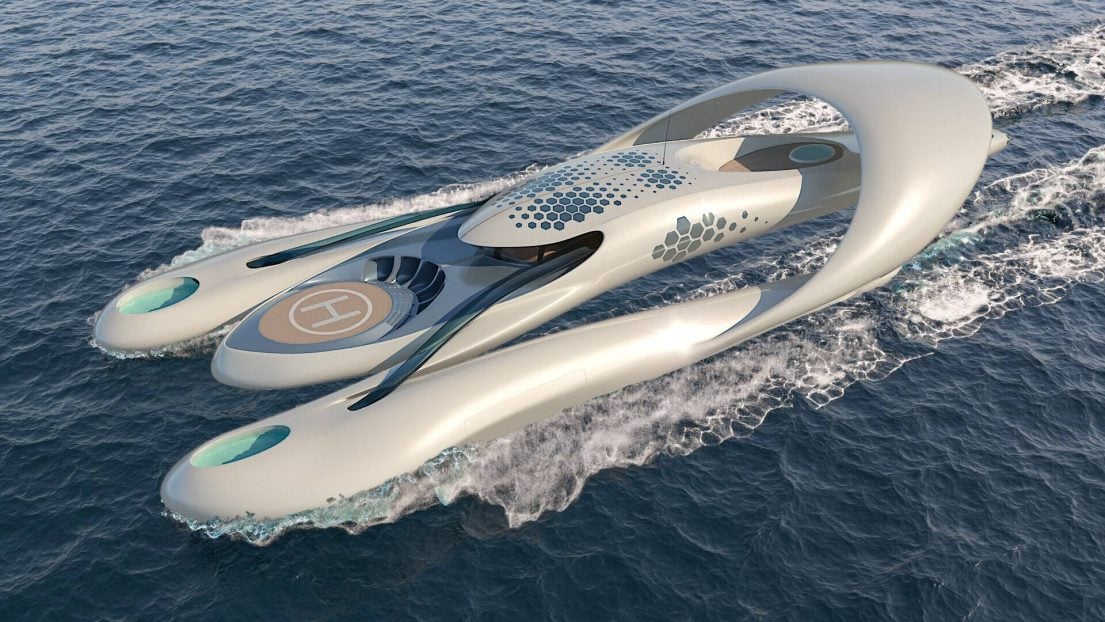 These hulls are outfitted with Jacuzzis right at the tip, making for an incredibly breathtaking place to sit and enjoy the uninterrupted views of the seas. According to Auto Evolution, the main hull is suspended from underneath to form a beach deck that can be lowered to water level. It features an open space that is big enough for a group to enjoy several activities. Above the beach deck lies a sundeck and yet another pool, along with several futuristic lounges. 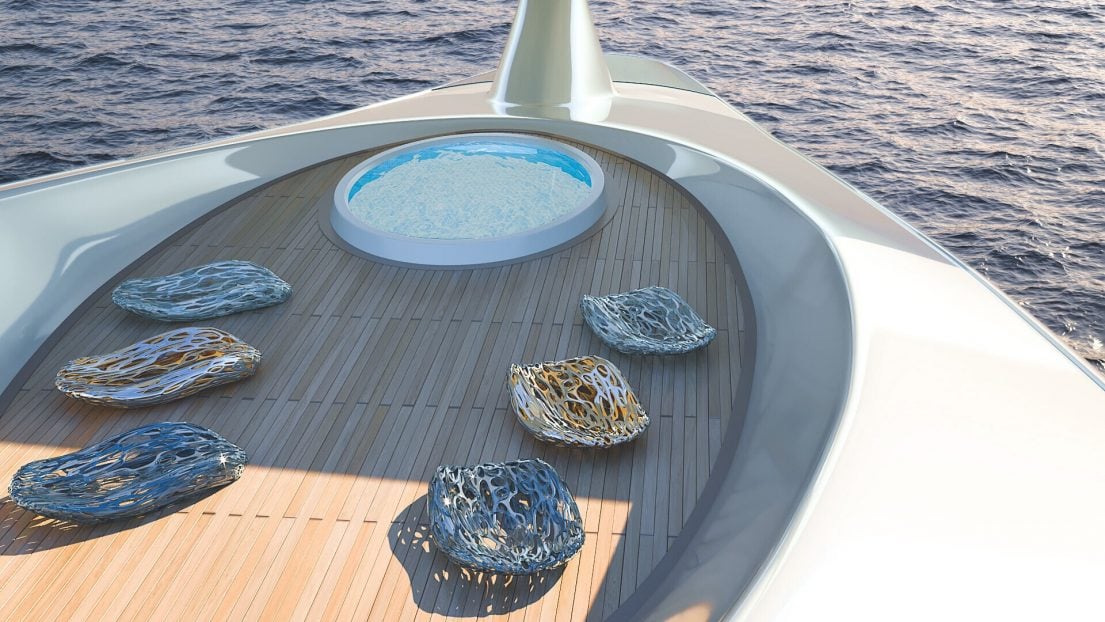 The most striking of them all is the rear of the hull decorated with honeycomb-patterned windows allowing a glimpse at the marine life below the surface as well. Keeping up with the trend of low emission vessels, the X-01vessel too will leave a minimum impact on the environment, as understood by the presence of large solar panels above the observation deck. For now, the concept looks like it’s going to remain just that, considering its avant-garde nature, but you never know when the future will make this feasible. 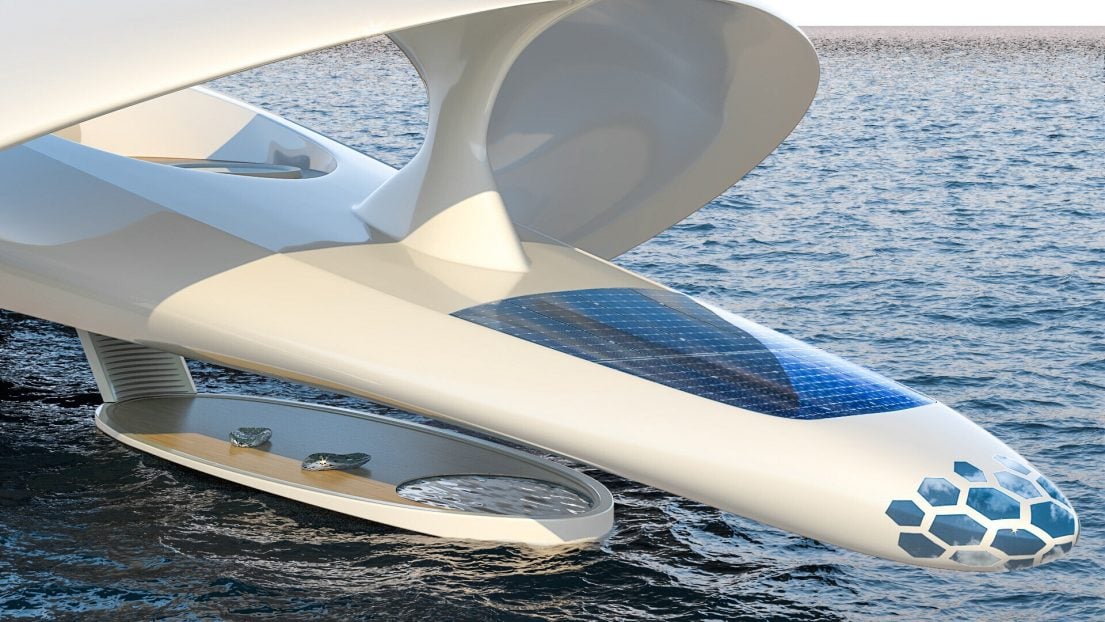 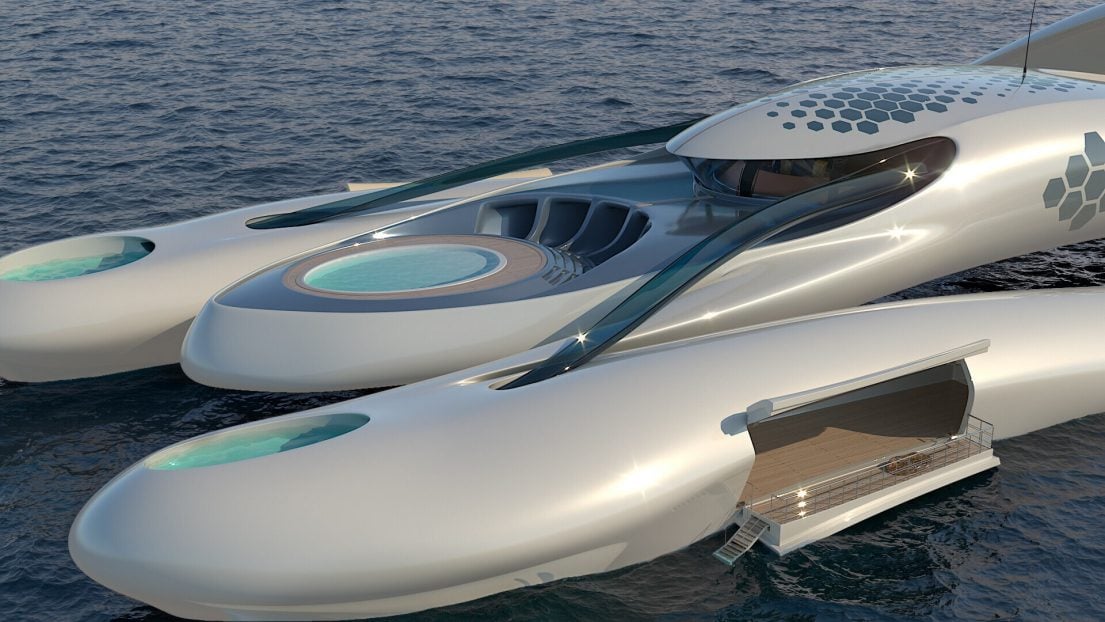 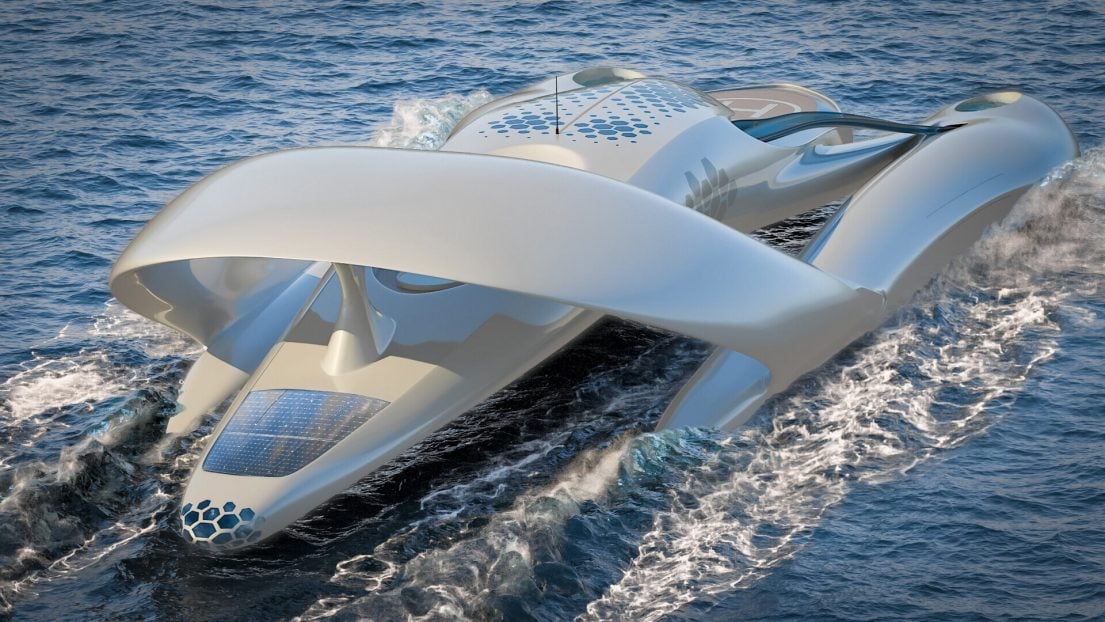