After emerging on the internet in the form of spy shots and leaked images, the new McLaren hypercar named Sabre has finally broken cover, and we’re happy to report that it’s just as wild as we were expecting it to be. Built exclusively for the the US market and limited to just 15 examples, the McLaren Sabre is as rare as it gets. Interestingly, McLaren hasn’t officially resealed any information or pictures of its latest hypercar, and all that we know about it is courtesy of the British automaker’s Beverly Hills dealership. This means there are still plenty of details that are not out of yet, and it might stay that way as an exclusive set of customers has commissioned the Sabre. The dealership also categorically stated that the Sabre had been homologated exclusively to U.S. federal standards, with “ideas and innovations that global homologation would not permit.” 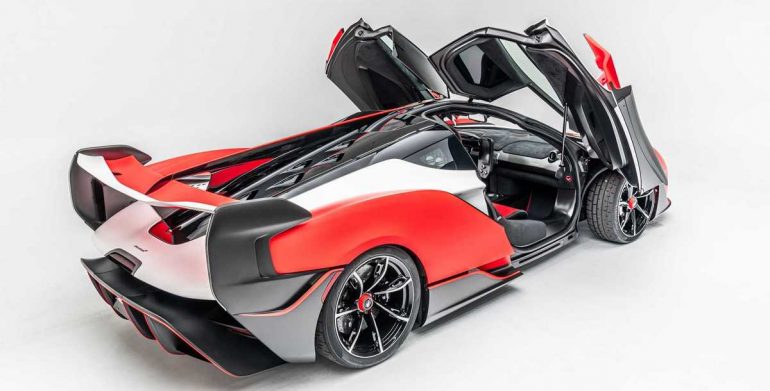 Starting with its design, the McLaren Sabre has an over-the-top bodywork with massive aerodynamic elements that make it look like a Le Mans prototype racer. If you try noticing hard, you’ll find styling elements shared with the McLaren Elva that made its debut last year and the Senna GTR track car. The aero package has been specifically designed to maximize downforce, suggesting that it will be an absolute bomb on racing circuits. We have been told that the hypercar was designed with help from McLaren’s Special Operations Division, and all 15 buyers were involved in the process. McLaren even flew a development version of the hypercar to The US for the buyers to drive it around Thermal Club’s private race track in California and give their feedback. Powering the McLaren Sabre is a 4.0-liter twin-turbo V8 that churns out 824 horsepower and 590 pound-feet of torque, making it the most powerful road-legal non-hybrid McLaren ever. The acceleration figures haven’t been revealed as of yet, but the top speed is 218 mph. All the 15 units have already been spoken for, and there’s no official price from McLaren. 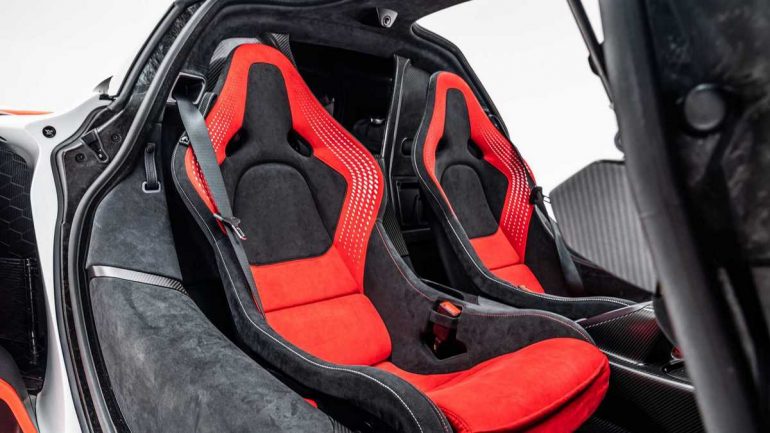 Tags from the story
Hypercar, McLaren, US