Lexus has pulled the wraps off of the newest LC500 Inspiration Series coupe and we must say that it looks absolutely stunning. It’s the fifth time that the LC500 has received a similar treatment and just like the previous iterations, the new Inspiration Series is again limited to just 100 units. But this time around, the limited edition version arrives with hardware and performance upgrades in addition to cosmetic changes. Starting with the exterior, the LC500 coupe Inspiration Series is finished in a special black color named Osdiian, which makes it look even sharper and eye-catching. The roof of the limited edition is carbon-fiber-reinforced plastic and is complemented by the carbon-fiber rear spoiler which is inspired by Red Bull Air Race Yoshihide Muroya’s racing plane in its design. The 21-inch black forged aluminum-alloy wheels round off the special touches on the outside. 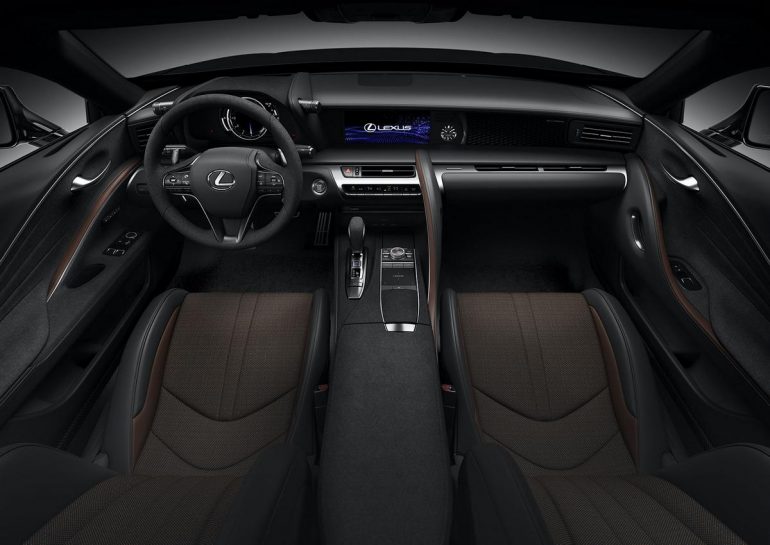 The cabin of the LC500 Inspiration Series coupe features black Alcantara seats along with Saddle Tan accents and seatbelts. The cabin comes equipped with a head-up display, 915-watt Mark Levinson audio system, and a SmartAccess Card Key. The limited-edition two-door sports coupe is powered by the same 5.0-liter V8 with 471 horsepower and 398 lb-ft of torque found in the standard model. However, Lexus has added a Torsen limited-slip rear differential and a Yamaha-designed performance rod with damper for the rear suspension. Both are also available on the standard LC500 as a part of the optional Sport package. Lexus hasn’t revealed the pricing as of yet but it is expected to be close to the $100,000 mark. Deliveries are expected to start the end of this year. 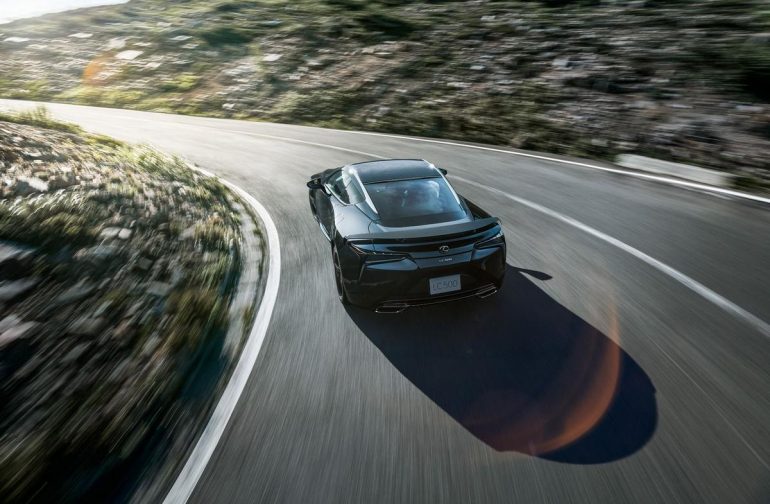 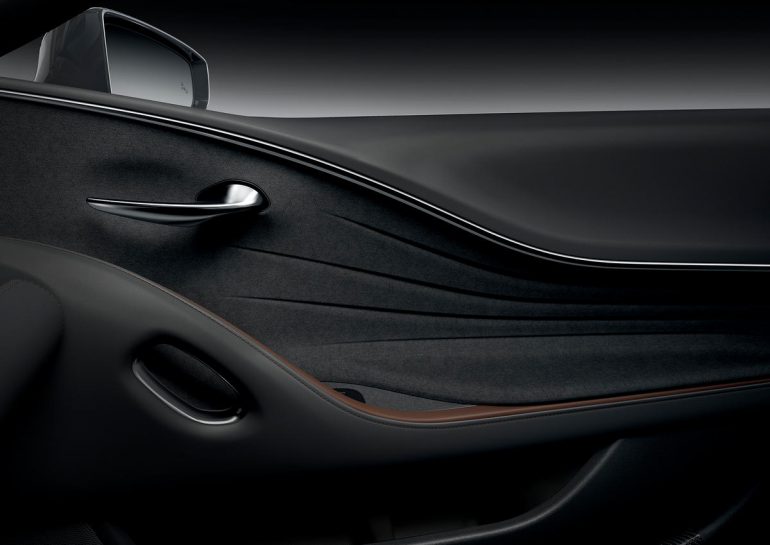 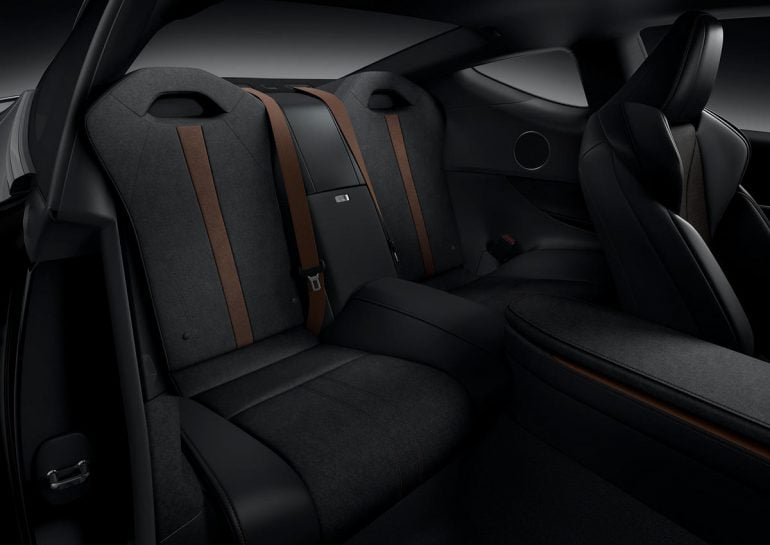 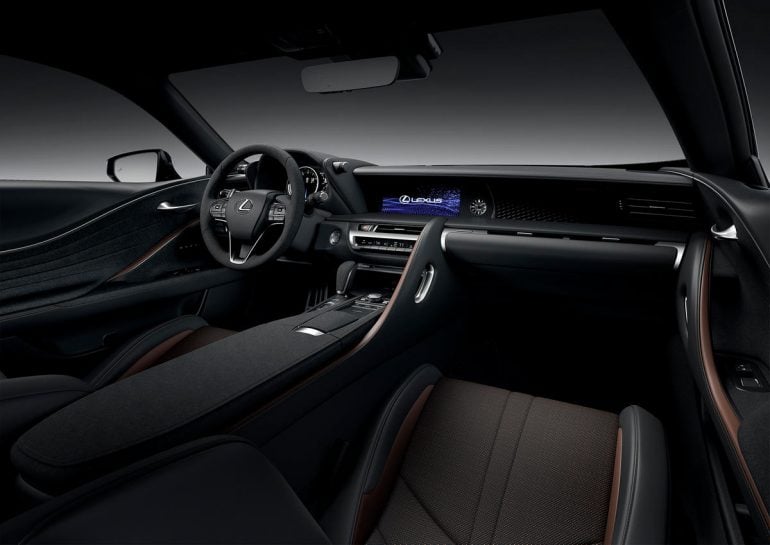 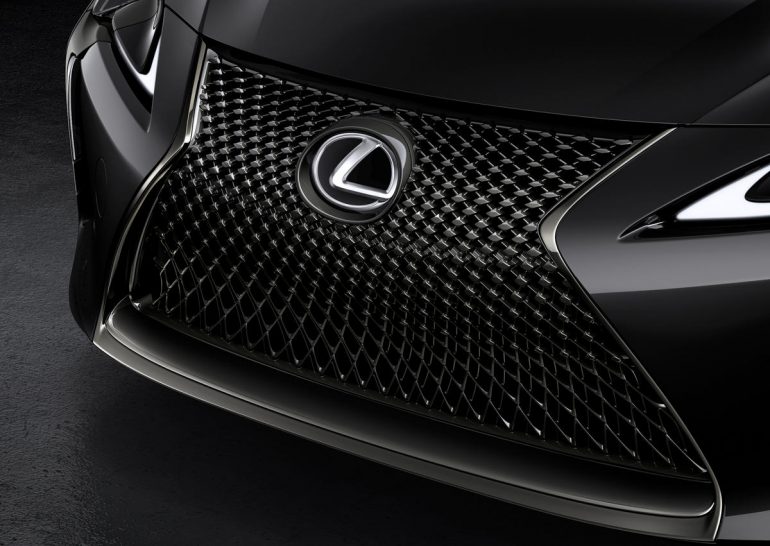 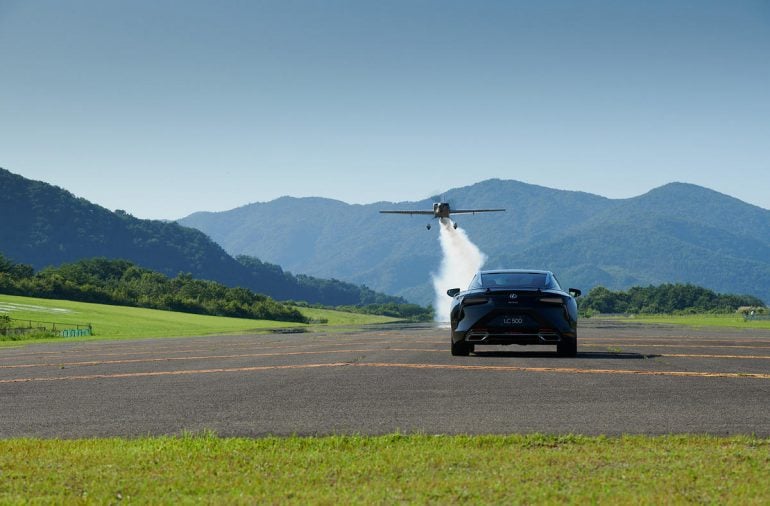 Tags from the story
Lexus, Limited-Edition