Audi has revealed its R8 line-up for 2021 and it sees the return of the rear-wheel-drive version as the new entry point to the German automaker’s two-seater sports car range. Back in 2018, Audi introduced the R8 RWS – a limited edition RWD version that was only available in the coupe form in the United States. Interestingly, it was also the brand’s first-ever rear-wheel-drive car since 1969. The rear-wheel-drive R8 was already available in Europe as a regular model since last year, but now it will arrive in the US as a part of the 2021 line-up. The rear-drive Audi R8 has replaced the non-Performance-spec Audi R8 in the range as the entry-level model and now the Quattro all-wheel-drive models will only be available in the Performance spec. 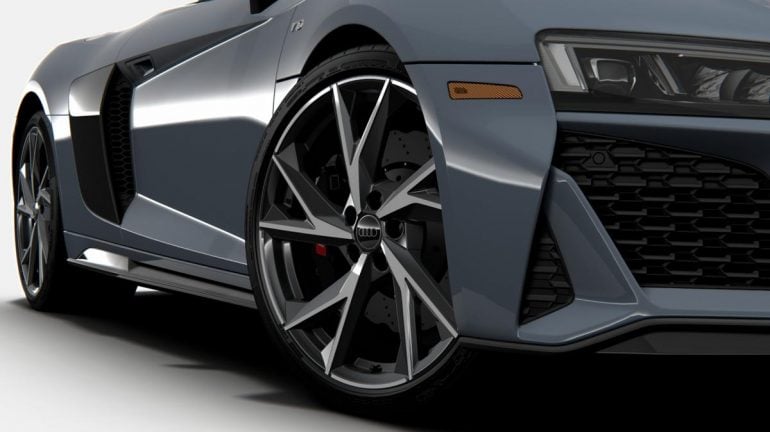 Available in both Coupe and Spyder variants, the 2021 R8 V10 RWD is powered by the same high-revving, naturally aspirated 5.2-liter V10 found in the Performance models. However, the engine arrives in a different state of tune with 532 horsepower and 398 lb-ft of torque, 70 hp and 15 lb-ft less than the Performance spec. As a result, the R8 RWD is slightly slower than its AWD counterpart, with the 0-60 mph sprint taking 3.6 seconds for the Coupe and 3.7 seconds for the Spyder – a loss of just 0.4 seconds over the corresponding Quattro variants. The top speeds for the two RWD models are also down by 4mph, with 201 mph for the hardtop variant and 200 mph for the open-top model. As the RWD models serve as the new base variants, it misses out on a few goodies that are available standard features on the Performance models. The RWD cars get the Audi laser headlights as an optional feature, while it also doesn’t get the carbon-fiber “side blades”. As a result, the RWD models are $54,000 cheaper than its Performance-spec siblings. The pricing for the 2021 Audi R8 V10 RWD starts from $142,700 for the Coupe and $154,900 for the Spyder. The new range is expected to arrive in US dealerships in winter 2020. 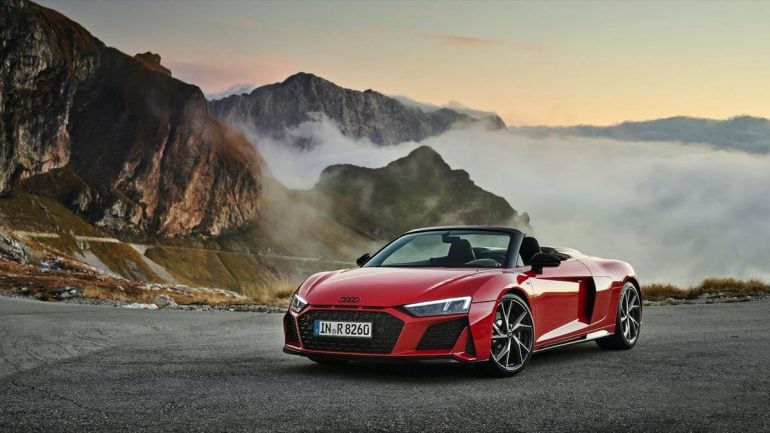 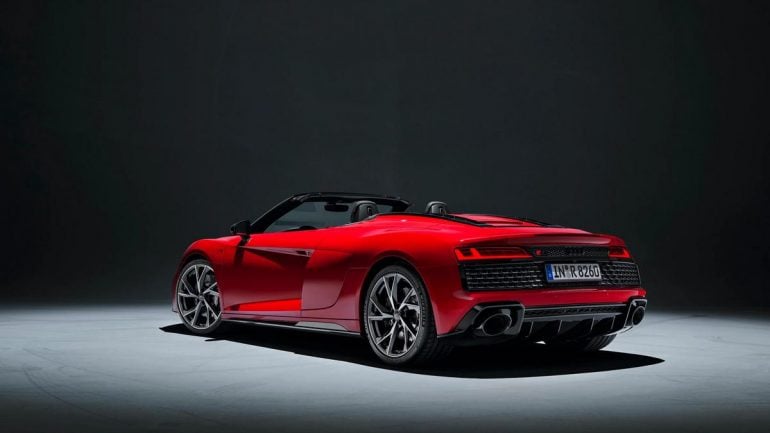 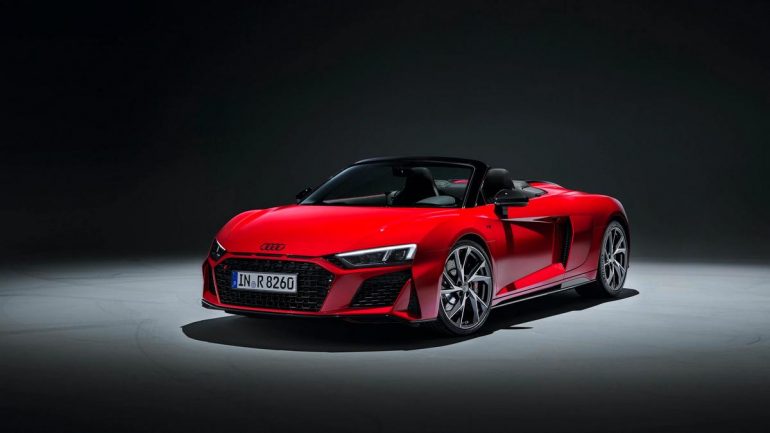 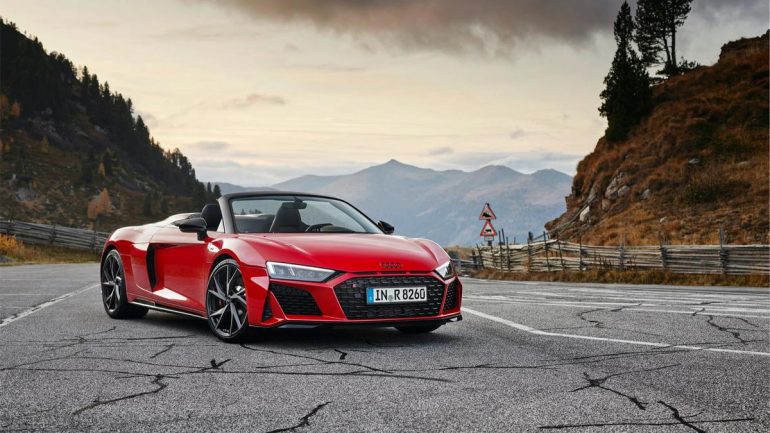