For decades, we have been waiting for a fully-functional flying car – an idea mostly made popular by sci-fi movies. However, it still remains to be an unrealized dream. But, guess what? It turns out that someone has been successful in building a motorcycle, instead of a car, that can fly! A French company called Lazareth recently demonstrated a futuristic-looking motorcycle, which looks like it came straight out of the sets of Transformers, and it can actually transform into a flying hoverbike in just 60 seconds. Called the Lazareth LMV 496, the flying motorcycle is being hailed as “the very first motorcycle in the world that can be transformed into a quadricopter.” Affectionately dubbed La Moto Volante, it’s the brainchild of designer Ludovic Lazareth and his team. The company even published a video of the motorcycle showcasing its capabilities. 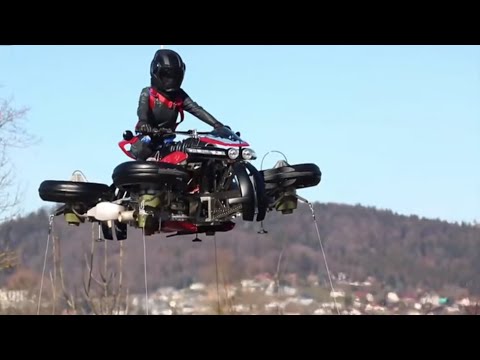 The Lazareth flying motorcycle uses a four-wheel setup with its power being derived from a 5.2-liter V8 Maserati engine. On the press of a button, hydraulic actuators tilt the wheels into horizontal position. The upward thrust to the bike is provided by the 96,000-rpm Jetcat jet turbine in fitted in the hub of each wheel. The combined vertical thrust provided by the jet turbines equal to some 240 kg (529 lb), which helps the 140 kg (308 lb) motorcycle get airborne. The company claims it has hover-tested the motorcycle on tethers to a height of 3.3ft (1 meter). The Moto Volante will be on display at Gitex electronics trade show in Dubai in October, where interested buyers can pre-order it the flying motorcycle with a price tag of £496,000 ((approx. US$560,000). 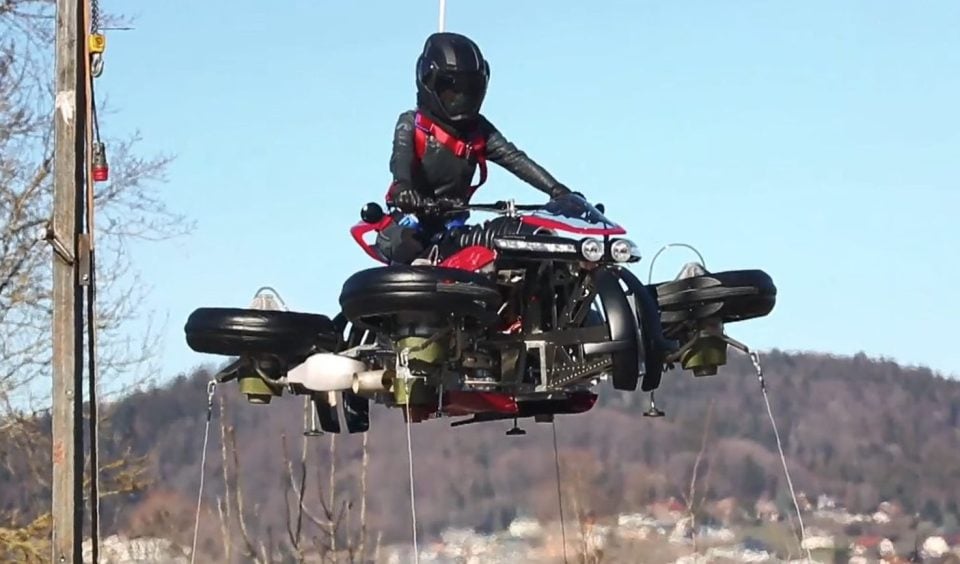 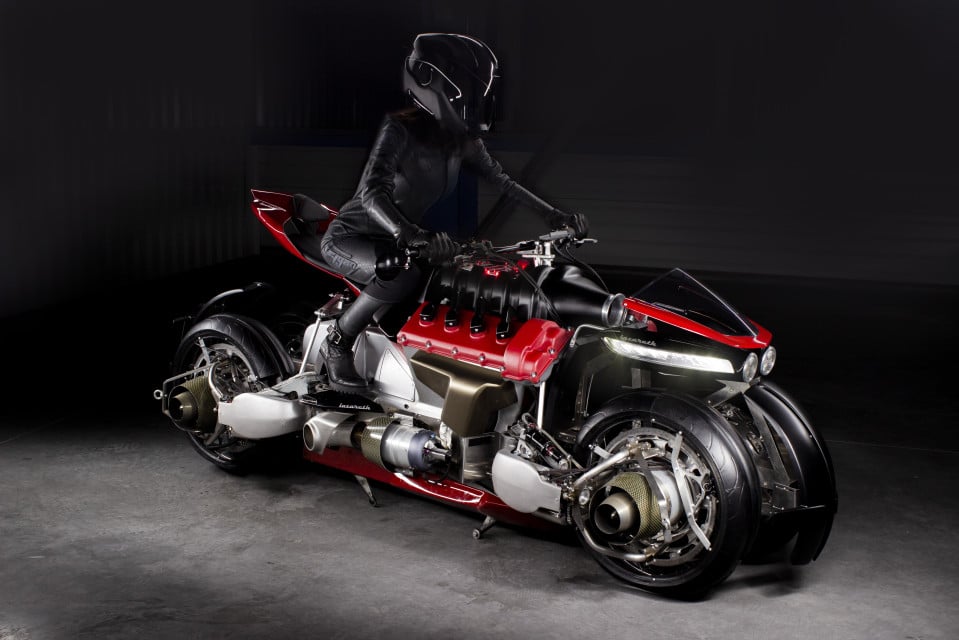