Back in 1934, BMW had created a one-off radical motorcycle concept called the R7. Built during the height of the Art Deco movement, it features a very unique design that went on to inspire the R17 and R5 models; however, the BMW R7 never entered production. Instead, it was dismantled and stored in a box right before World War II. The gem stayed hidden for over 70 years, only to be rediscovered in 2005. The 1934 concept now is fully restored and has been on showcase at the automaker’s museum in Munich. At the 2018 International Motorcycle Show in New York, a South Florida shop called NMoto introduced a re-imagination of the R7 concept called Nostalgia which is built upon the modern BMW R nineT motorbike. While the original Nostalgia motorcycle was a close replication of the R7 in terms of aesthetics, the motorcycle shop has now unveiled a customized version finished in platinum and gold. 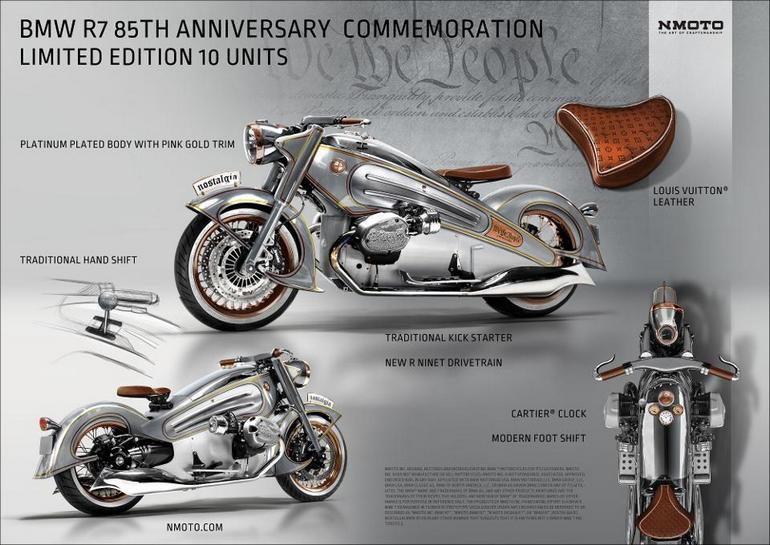 “A client who purchased one of our Nostalgia bikes returned a month later and asked if we could build something special that nobody else could have,” says Alex Niznik, CEO and founder of NMoto. “At first, he wanted Titanium panels, but I told him Titanium is difficult to work with,” Niznik added. “He then suggested platinum with pink gold trim.” NMoto collaborated with custom motorcycle designer and engineer Christian Travert, who is famous for creating the Y2K motorbike that is powered by a helicopter engine. Travert took on the challenge and created the BMW R7 85th Anniversary Limited Edition. Limited to only 10 units, NMoto is offering customization options for engine engraving, leatherwork, and plating even the largest panels in precious metals. The motorcycle shop wants to encourage the buyers to let their imaginations run wild as. There is no word on the pricing but you can visit NMoto’s official website and check out the Anniversary Limited Edition. 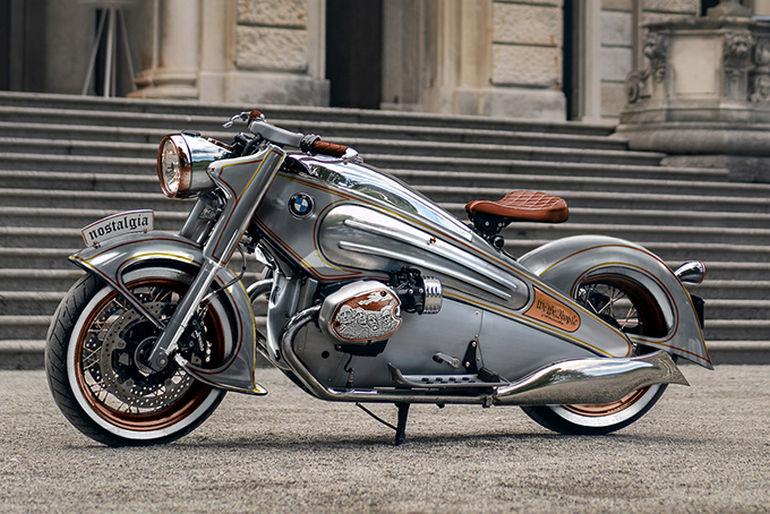 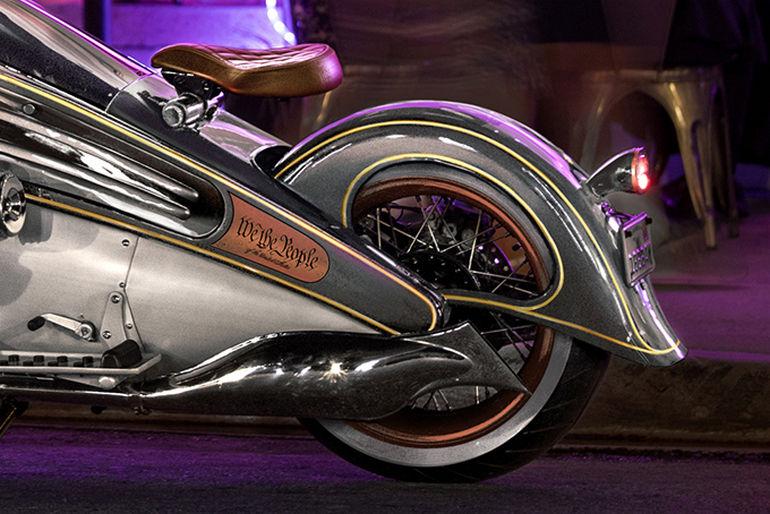 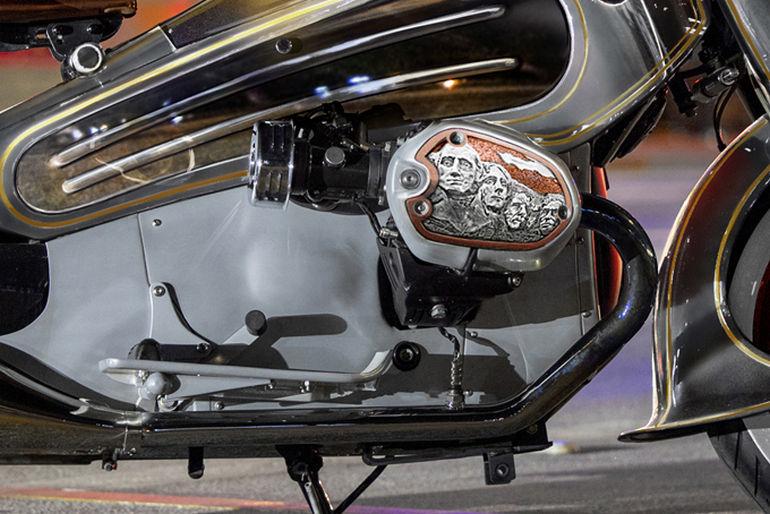 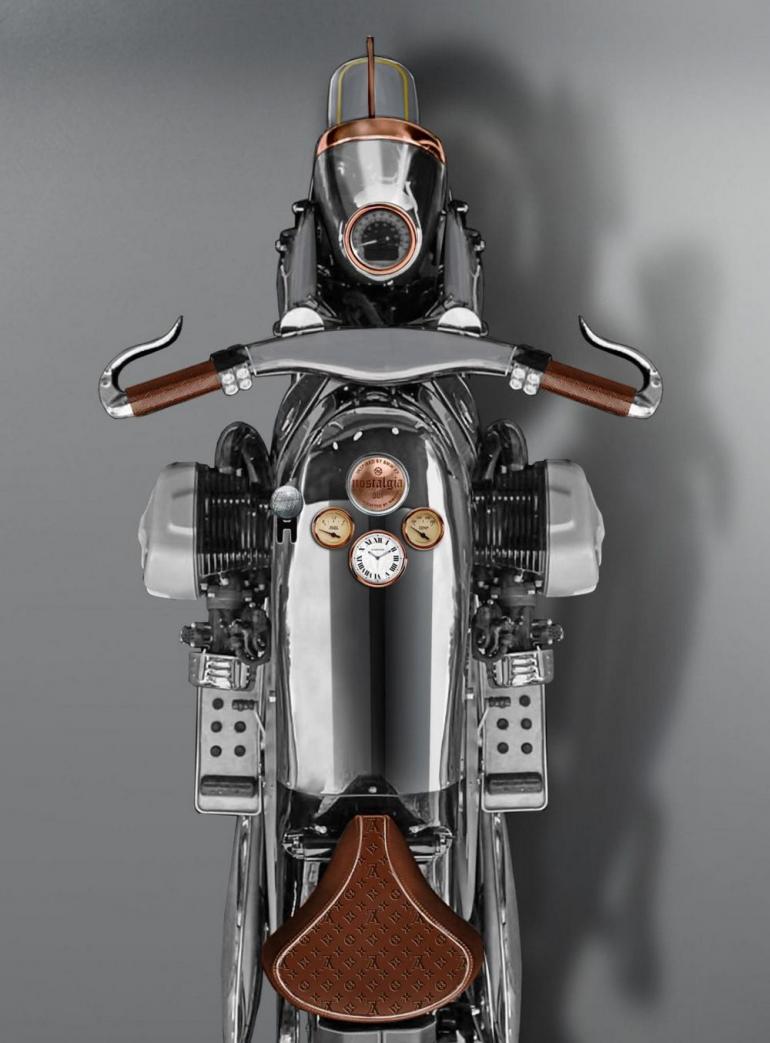 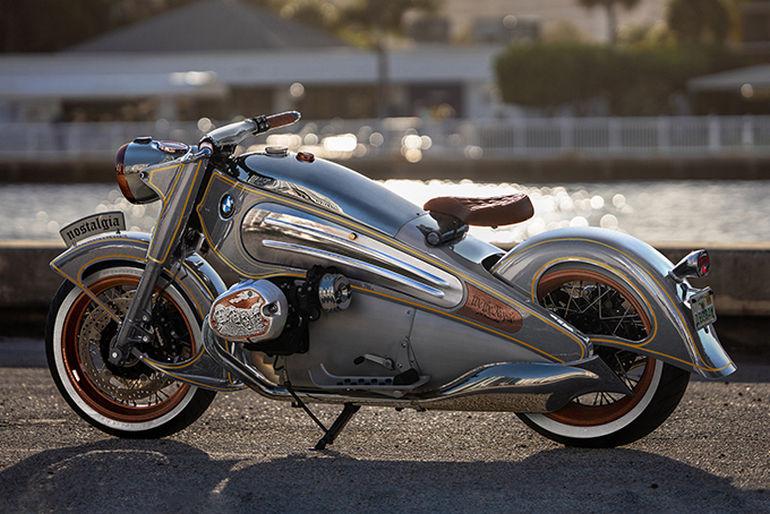