With superyachts and megayachts sailing right, left, and center, the world has also been waiting for an equally terrific trimaran to join the impressive fleet. Steve Kozloff’s 328-Foot trimaran concept dubbed. Trident could be the vessel to watch out for with outstanding six decks, two dedicated helipads, and tilting masts that allow it to travel under most bridges. The fantastic solid sail system allows its free-standing masts to tilt 70 degrees forward and rotate 360 degrees so the vessel can be oriented in any direction. It looks like this design team took a page out of the Jeff Bezos’ superyacht and bridge fiasco and avoided mishaps. 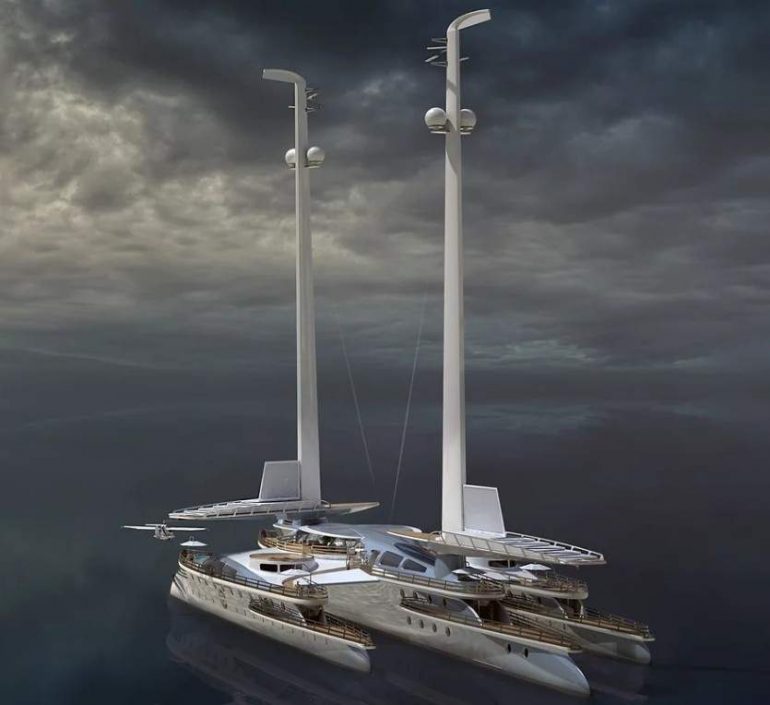 With six decks to explore, it is a relief to know the different decks can be accessed via an elevator or the walkway network. After checking the performance box, we move on to what lies beneath. Trident boasts a full-beam beach club on the main hull with retractable decks. It further flaunts the power of two (after two helipads) with two large swimming pools and two spas situated aft on the main hull. Accommodation is roomy for 26 passengers and a crew of 20. 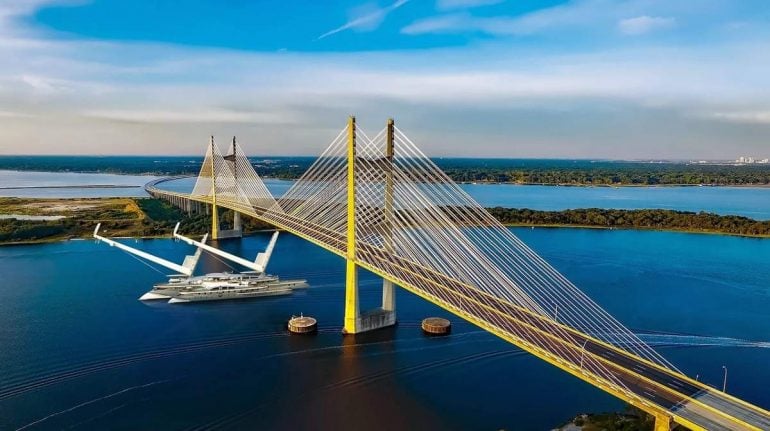 The owner nestles in a majestic 210 square meters primary suite, while guests can unwind in two stately master cabins. Like most vessels, the upper deck saloon remains a fascinating space with a piano bar and entertainment center. Trident’s most remarkable feature is the telescoping crane system that loads and off-loads provisions, tenders, and seaplanes. Trident will be home to some incredible tender arsenal such as a Nemo U-Boat Worx submarine, with storage found towards the stern, shared Boat International. 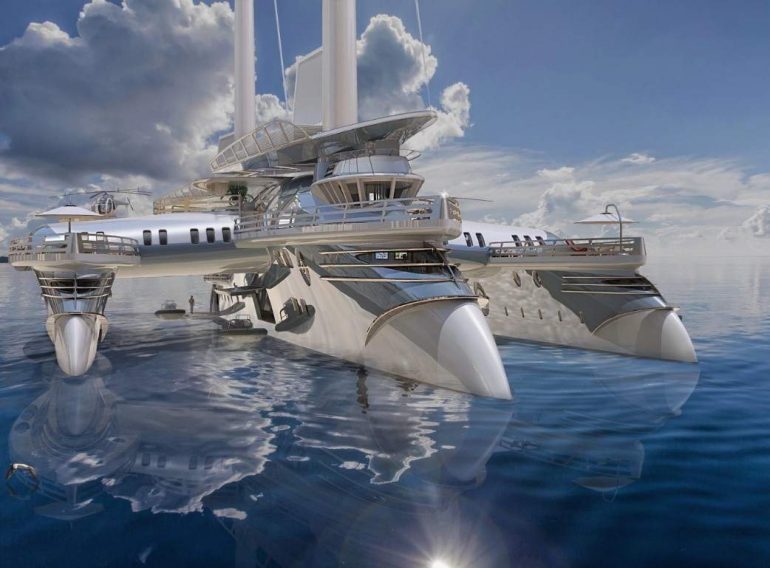 The Trident is an explorer trimaran capable of traversing the most arctic conditions owing to state-of-the-art technology preventing icing problems with heated masts, handrails, and doors. The gorgeous trimaran cruises at 14 knots and manages a top speed of 17 knots. 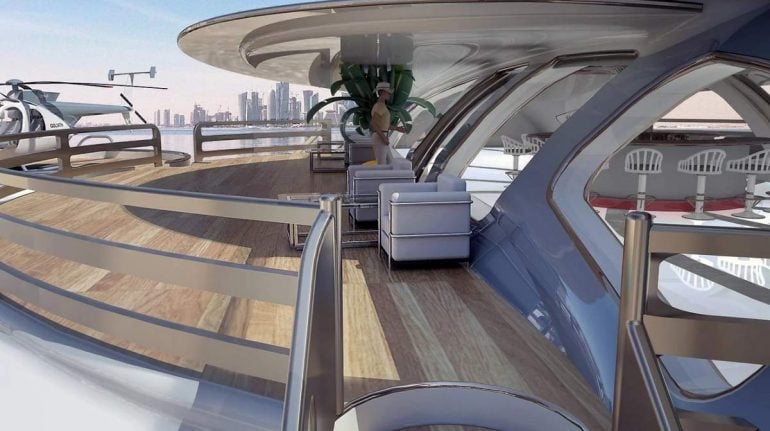 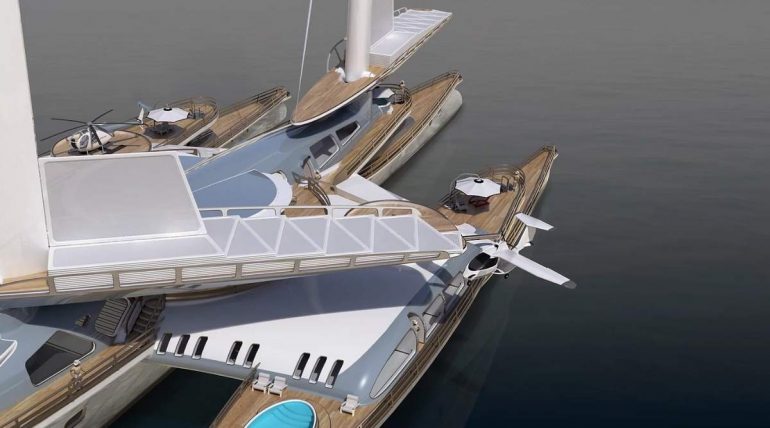 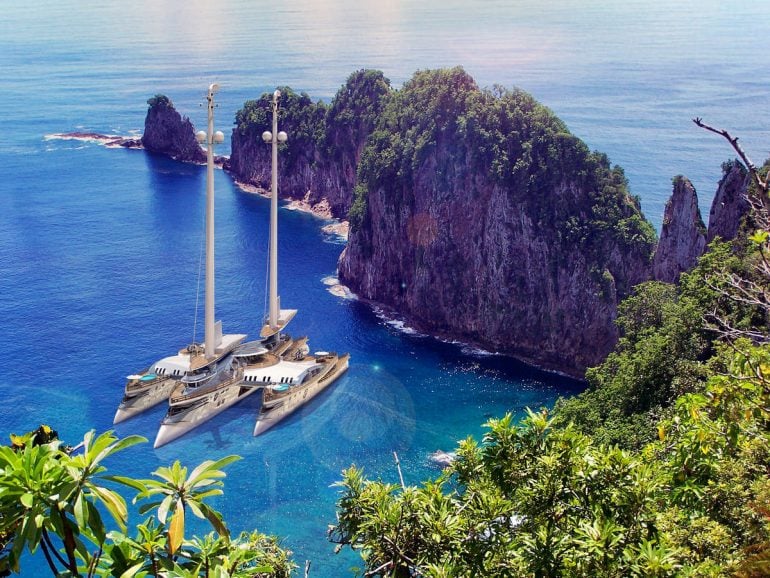 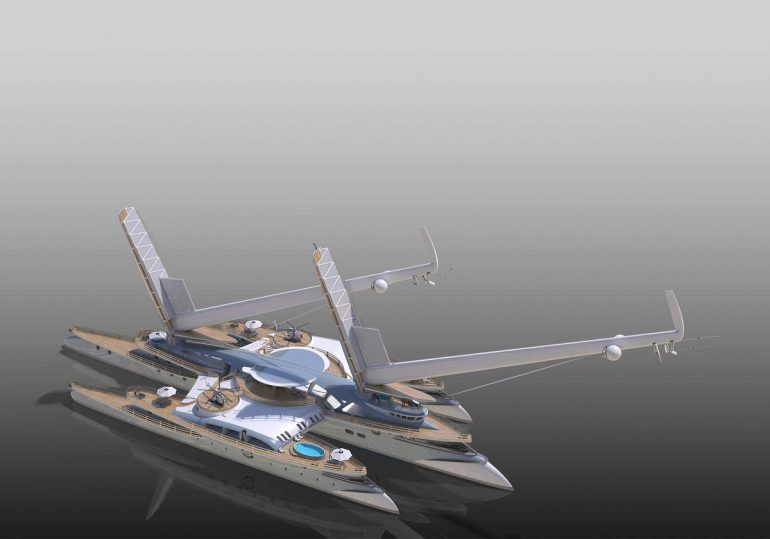 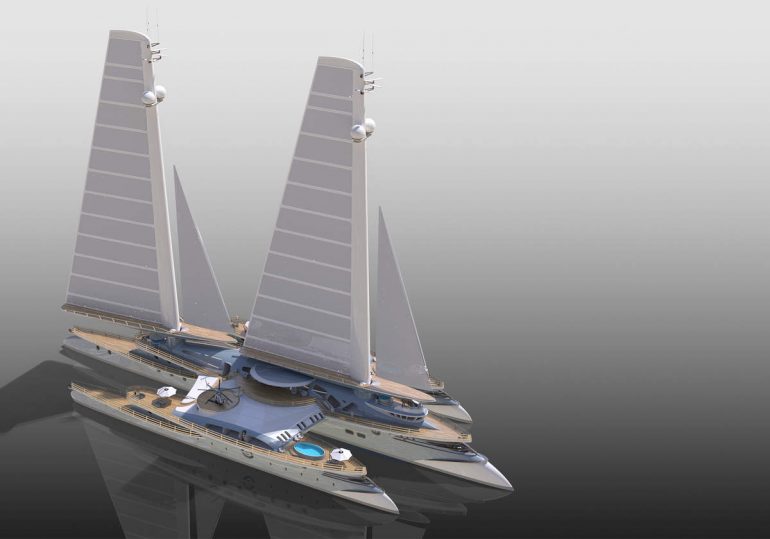