Have you been in a nail-biting situation? Even if you have been in one it can’t be as nerve-wracking as watching the astonishing scenes of Project 817, a 94-meter (310 feet) vessel, 44ft at her widest point meander through the 46ft wide canal sections. Photographer Tom van Oossanen left the world gasping for air as he captured hands-on images of the vessel built by Dutch shipyard Feadship that was transported from its Kaag Island facility to the North Sea at Rotterdam last week. Called Viva, the superyacht is the fourth of its kind to be transported through the narrow water body. The crew covered the sides of the ship with very thin wooden boards wrapped in fabric to protect her pearl-white finish at the tightest spots. Van Oossanen said, “Seeing these big yachts on transport to the open sea is always very impressive and attracts loads of crowds. Some boats are bigger than others, so they take more time and more people will watch. A lot of people are actually kind of used to seeing the big boats pass their houses a few times a year.” 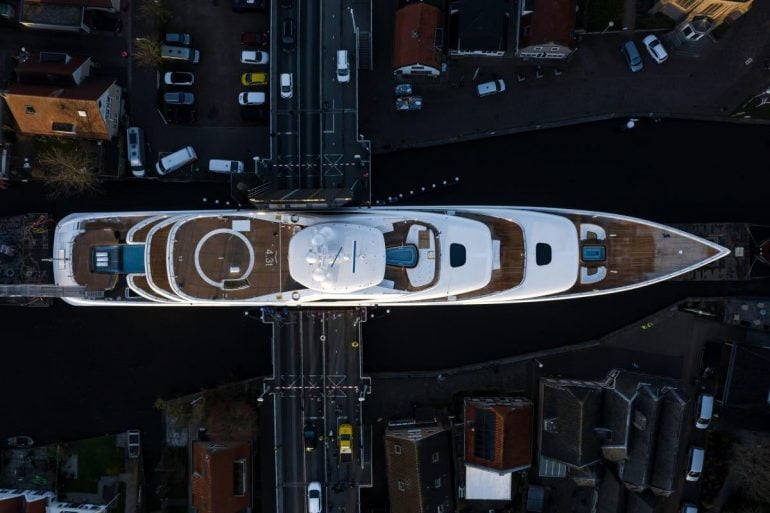 Carrying out this operation is no mean feat as some parts of the canals along the route are only a few feet wider than Project 817 (aka Viva), which spans 44.7 feet from port to starboard, so to say the transfer required great care and attention is something of an understatement. “This boat has been fully designed to actually fit the waterway. So they [the designers] probably couldn’t add another centimeter to her length or another centimeter to her width. They maximized the design by using the limitations of bridges and waterways, which is quite interesting, added Oossanen. 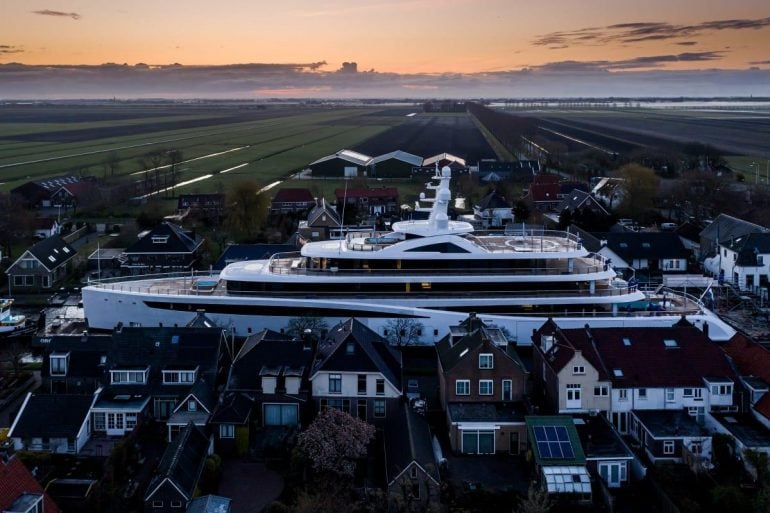 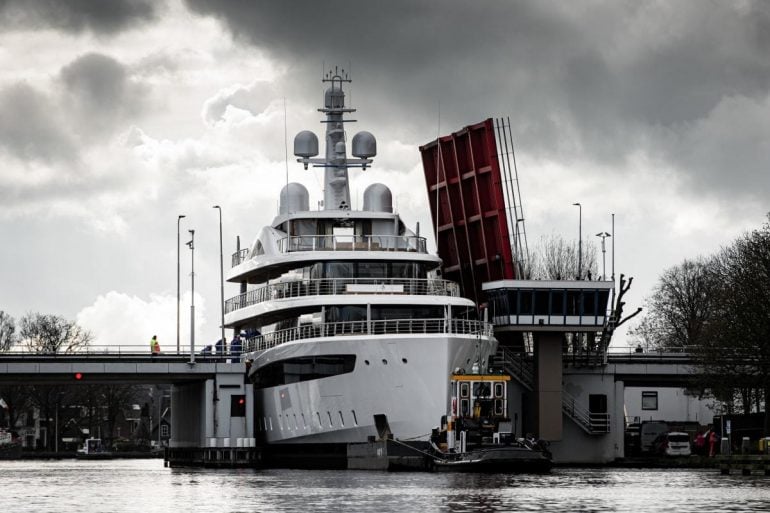 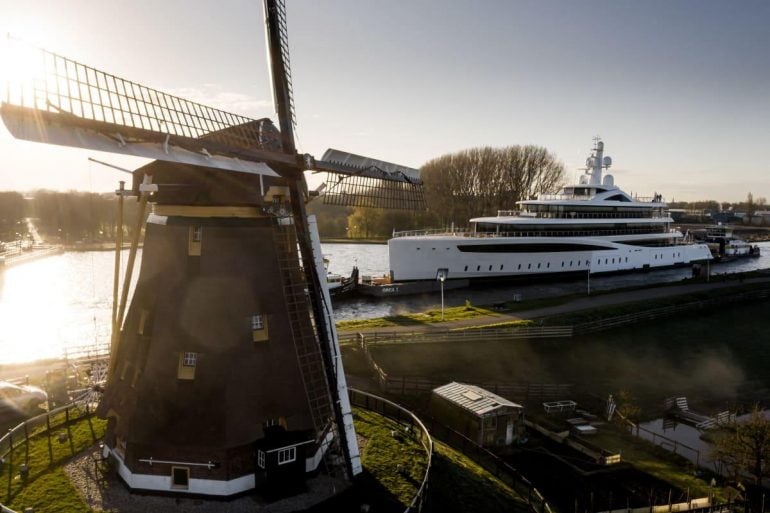 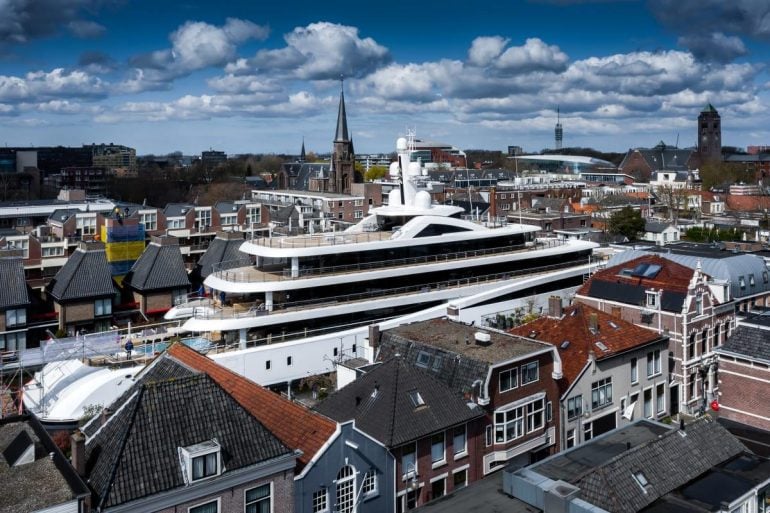 Tags from the story
Netherlands, Superyacht