Italian specialty automaker Pagani, without a doubt, builds some of the most exciting and jaw-droppingly beautiful supercars. From arriving in Italy with just a tent and recommendation letter from car racing legend Juan Manuel Fangio, Horacio Pagani – an Argentinian baker’s son – went on to build a car company that makes highly desirable and sought after supercars, giving us a very inspiring rags to riches story. The two models, and the several different variants based on them, built in the last two decades by Pagani became the gold standard in the ultra-luxury automobile market, showcasing the man’s sheer brilliance. Here are 5 amazing facts about Pagani that you probably didn’t know. 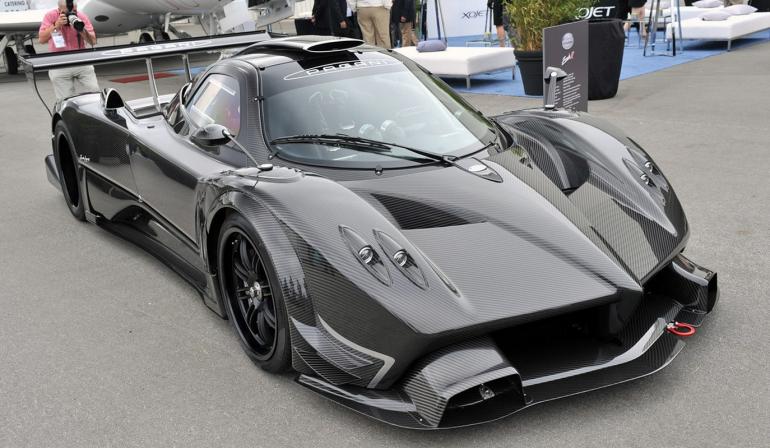 5. Horacio Pagani had quit Lamborghini over the importance of carbon fiber
Horacio Pagani, an Argentinian national, moved to Italy at a very young age with the sole purpose of working in the automotive world. With the letter of recommendation from none other than racing legend Juan Manuel Fangio, Pagani secured a job at Lamborghini and quickly rose through the ranks to become the Chief Engineer. He etched his name in the history of Lamborghini after becoming one of the principal architects of Countach – one of Lamborghini’s greatest ever models. Pagani saw the importance of use of carbon fiber in building supercars but failed to persuade Lamborghini to buy an autoclave so they could extend the production of the carbon parts. They refused, saying that Ferrari did not have an autoclave, so Lamborghini didn’t need one. Pagani looked at this as an opportunity and quit Lamborghini. He borrowed the capital to buy his own autoclave late in 1987 and started his own consultancy called Modena Design which continues to make carbon fiber composites for Formula One cars and clients like Daimler, Ferrari and Aprilia. 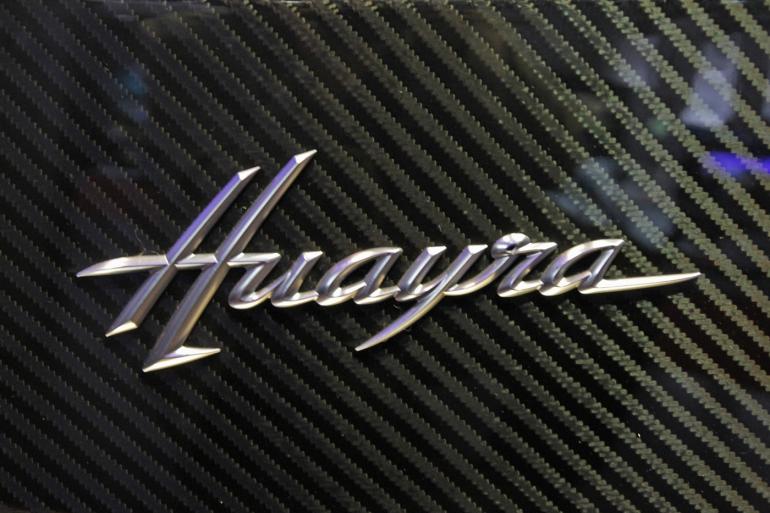 4. It takes 24 hours to make the Huayra badge
The sheer precision and attention to detail in making each car that wears the Pagani badge is simply mind-blowing. A man who has been heavily influenced by the teachings of Leonardo Da Vinci, Pagani has maintained a standard that exceeds the highest in the industry. Just to give an example of the unprecedented levels of engineering and art showcased in Pagani supercars, the Huayra badge that adorns the car’s rear bumper takes 24 hours to make. It is machined out of a solid block of aluminum in the same way the aluminum wheels are milled for the car. 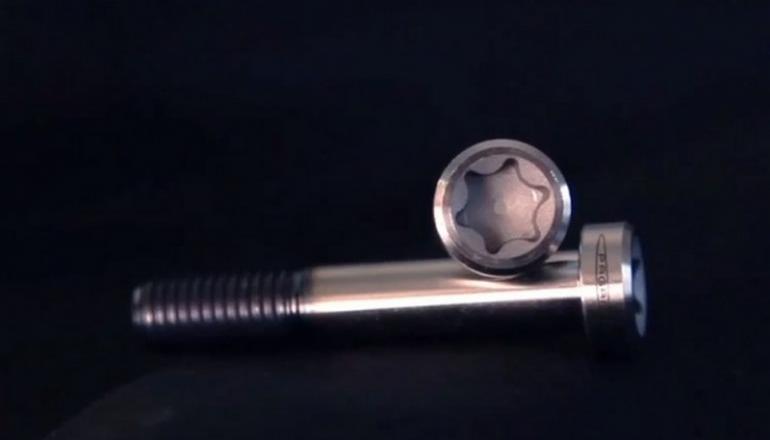 3. Just the bolts on a Pagani Huayra cost as much as a Porsche 911
The machined aluminum name tag and wheels are just the tip of the iceberg when it comes to the extreme lengths Horacio Pagani goes to make sure that every component of his cars are of the highest quality and unique. While nuts and bolts are some of the cheapest parts used in a vehicle, each bolt used in Huayra is crafted from grade-7 titanium, and every single one of them have the Pagani logo etched onto them. A single bolt is priced at more than $80 and with more than 1400 bolts used on the entire car the Huayra bolt set costs as much a Porsche 911. 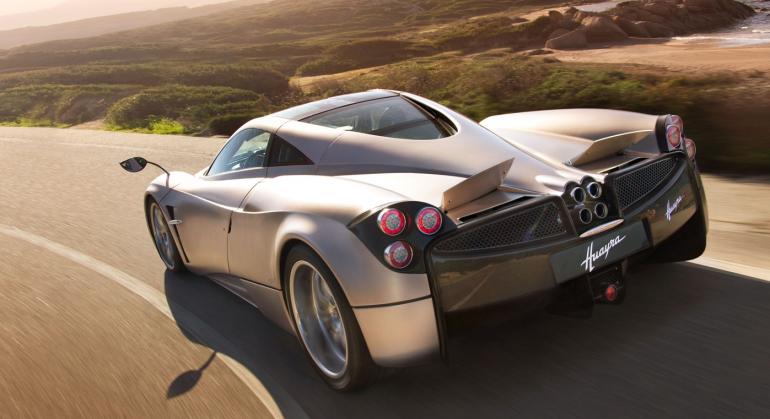 2. Pagani Huayra uses flaps to steer better
For added downforce, majority of the new supercars use active aerodynamics, where spoilers and wings can move depending on their need in the most efficient way for the car. However, Pagani Huayra takes it a step further by using flaps on the body, like the ones found on fighter jets, instead of just actuated spoilers. The flaps on the front and the rear of Pagani Huayra are managed by a dedicated control unit that is fed information from systems such as the ABS and ECU. The control unit monitors the car’s speed, yaw rate, lateral acceleration, steering angle and throttle position to independently manage each of the actuated flaps to not only maximize downforce while minimizing overall drag but all help the car steer better in the corners by preventing unwanted body roll. 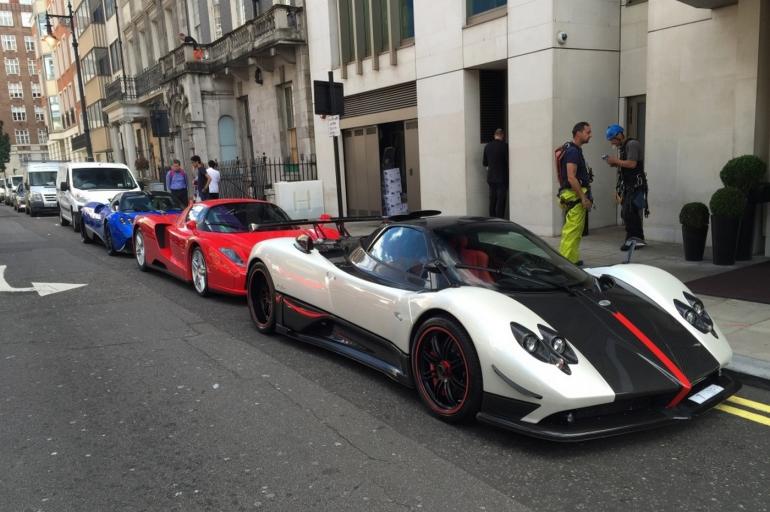 1. None of the Pagani Zonda models are road legal in the USA
While a lot of people might think Pagani Zonda R, the track-only extreme variant of the hypercar, is the only model built by the Italian marque that is not legal for road use; however, all the Zondas Pagani built from 1999 till 2011 are not road legal in the US. It is one of the most surprising facts that most people don’t know; especially given the fact that there are quite a few Zondas residing in the US. All of them can only be driven periodically under ‘Show and Display’ titles.

Tags from the story
Pagani, Top-5