Vladimir Putin’s $100 million superyacht, Graceful, is also facing the consequences of Russia’s invasion of Ukraine. Several weeks back, the luxury vessel was seen abruptly sailing out of a German shipyard to escape from the imminent sanctions and the possibility of it getting impounded. While the superyacht that was in Germany for refitting managed to safely reach its home base, it hasn’t quite escaped from the focus of hackers who have vowed to make Putin’s life miserable for his actions in Ukraine. The Russian President’s superyacht typically can be seen with the call sign UBGV8, as confirmed by FleetMon. However, Bloomberg reporter Ryan Gallagher recently noticed that someone has changed the call sign of Graceful on MarineTraffic.com to ‘FCKPTN.’

Gallagher tweeted about this along with stating that a group of hackers had found a way to alter the yacht’s tracking data. The hackers are believed to be from a group named The Anon Leaks, which is an offshoot of the infamous Anonymous. They even made to look like the yacht had crashed into Ukraine’s Snake Island, and later changed its destination to ‘hell.’ “[They] told me they did it by manipulating the maritime ‘Automatic Identification System,’ which is used to track ship locations,” the Bloomberg reporter tweeted. “They said they wanted to put the yacht in the scope of sanction packages as well as ‘put a little smile on some faces for a short period in these dark times.'”
The Graceful was commissioned back in 2005 and the hull was constructed at the Russian shipyard Sevmash near Arkhangelsk. After considerable delays, it was taken to Blohm and Voss in Germany for completion and was finally delivered in 2014. The luxury superyacht features an indoor pool that transforms into a dance floor, a wine cellar, a helipad, and a gym. The vessel measures 82 meters is powered by 2 MTU engines that give it a cruising speed of 14 knots and a top speed of 18 knots.
The world is witnessing an unprecedented level of cyberattacks ever since the Russian forces entered Ukrainian. Russia has been accused of using state-sponsored hacker groups to launch crippling cyberattacks on Ukraine and destroy its critical infrastructure. A few days back, the government of Ukraine appealed for volunteers from the country’s underground hacker network to help protect the country from Russia’s unrelenting attacks. Even Anonymous came out to declare a “cyberwar” against Russian President Vladimir Putin’s administration with the goal to deactivate several Russian government websites and the country’s state-sponsored media. 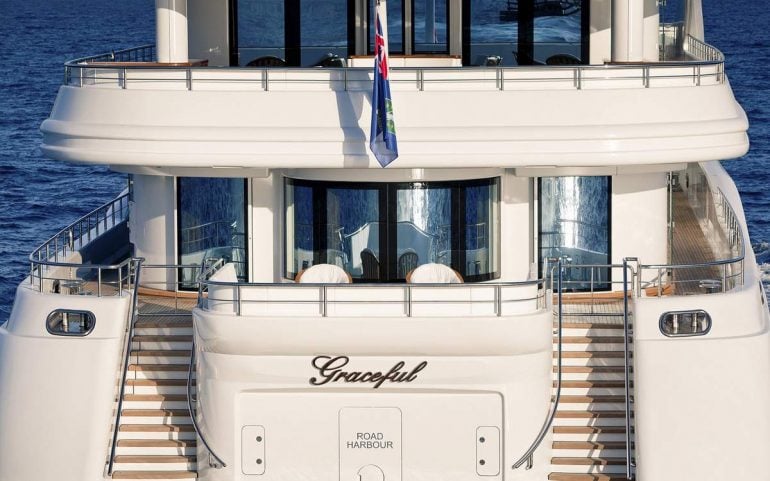