The southern Japanese prefecture of Okinawa is made up of more than 150 islands – including the largest, Okinawa Island – in the East China Sea between Taiwan and the Japanese mainland.

The archipelago is famous for its tropical climate, fine beaches and coral reefs – as well as a second world war peace memorial museum, commemorating the dead following the huge invasion of Okinawa Island by Allied forces in 1945.

Here are five things to experience to help you feel just like a local. 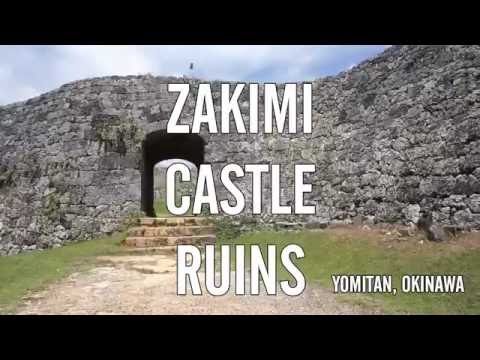 1. Zakimi Castle
The islands of Okinawa are dotted with castles that date back to the time of feudal warlords and while Shurijo Castle, overlooking Naha, may be the best known, Zakimi Castle is far less frequently visited and yet still a stunning example of local architecture in the early 1400s.

On a hill on the west coast and overlooking the town of Yomitan, the walls are of gentle curves and flowing lines.

These defences are graceful, complementing the natural curves of the coastline and the jungle-clad mountains as they stretch away to the north.
Made up of an inner and outer courtyard, each is pierced by an arched gate through the thick walls.

All that remains of the residence of the local “daimyo” in the inner courtyard are the foundations, but it is easy to stand on the walls and get a flavour of life here 600 years ago.

Goya Champuru, one of my favorite bitter gourd dish.


2. Okinawan cuisine
Okinawa’s location at the crossroads of Northeast and Southeast Asia has given the islands a unique cuisine that blends the tastes of its neighbours.

The fish are abundant in the surrounding waters and are complemented by pork that comes from China; stocks came from Japan when the Ryukus were still an independent kingdom, and Southeast Asia provides the fruits, vegetables, and spices.

Do not miss “goya champuru”, the islands’ signature dish that usually combines pork, tofu, eggs and goya, a green gourd with its own distinctive bitter taste.

Pork belly, known as “rafute” and simmered in soy sauce before being glazed with brown sugar, is another favourite, along with the local take on soba noodles.

This is, of course, best accompanied by the local beer, Orion, or the fierce local spirit “awamori”. At up to 45 per cent proof, the spirit uses long grain rice.

It is probably best to avoid the varieties in the tourist traps that have poisonous “habu” snakes in the bottle.

3. Iriomote
Iriomote is the second-largest island in the Okinawa archipelago and famous for its still largely unspoilt natural environment and a species of wildcat found only on this island.

Not having an airfield, and its reliance on ferries to and from the mainland, has limited the number of visitors who can reach Iriomote – not a bad thing, many would argue – while the sparse coastal communities are linked by a single road.

That leaves the interior of the island largely untouched, with more than 34 per cent of the land made up of the Iriomote National Park.
The island includes the 55-metre (180-foot) tall Pinaisara Falls, the largest waterfall in the archipelago.

Visitors can enjoy sea kayaking, fishing, snorkelling and sailing, while a 20km (12-mile) track through the interior of the island takes in jungles and mangrove swamps – and might just provide a glimpse of the notoriously shy Iriomote Cat.


4. Bingata
Bingata is a traditional style of dyeing cloth that uses stencils to create designs that are uniquely and unmistakably Okinawan.

This type of design typically uses bright colours and tends to feature natural images, such as tropical flowers, fish and the ocean.

Bingata can be bought in Naha and other major cities, but anyone who wants to try their hand at creating their own design can do so at the Naha City Traditional Arts and Crafts Centre, in the centre of the city.


5. The Okinawa Prefectural Peace Memorial Museum
Okinawa’s modern history is overshadowed by the horrific fighting that took place there in the final days of the second world war.

“THE PEACE MEMORIAL MUSEUM’S AVENUE OF BLACK STONES CARRIES THE NAMES OF EVERY ONE OF THE MORE THAN 250,000 MEN, WOMEN AND CHILDREN WHO DIED IN THE FIGHTING”

The Okinawa Prefectural Peace Memorial Museum was opened in 1975 to give a sense of the human tragedy – and it achieves precisely that.

It is built on the site of the Imperial Japanese Army’s last stand, on the sea cliffs at Mabuni Hill in the far south of Okinawa Island.

Arguably the most powerful and sobering element of the museum is the avenue of black stones carrying the names of every one of the more than 250,000 men, women and children who died in the fighting, regardless of nationality.

A short walk away, along a road lined with memorials to the dead from each of Japan’s prefectures, is the cave where the commanding officer of the surviving Japanese troops committed suicide rather than surrender.

Tags from the story
Japan, SCMP