Madrid based GilBartolomé Architects have designed a home overlooking the Mediterranean that’s probably unlike any home you’ve ever seen before. It’s called House on the Cliff (Casa Del Acantilado), but don’t picture a quaint cottage on the edge of an incline, this modern mansion is actually built into the side of the cliff offering stunning, uninterrupted views of the ocean. And if you thought you would have to sacrifice luxuries for this amazing location, think again, the house is a two story palace with an outdoor terrace and pool too!


The house seems to be cut into the side of the cliff and features a wavy tin roof that follows the shape of the surrounding terrain. “The task has been to integrate the house within the magnificent landscape that surrounds it and to direct the livable spaces towards the sea,” said architects Gil and Bartolomé, “The form of the house and the metallic roof produces a calculated aesthetic ambiguity between the natural and the artificial,” they added, “between the skin of a dragon set in the ground when seen from below, and the waves of the sea when seen from above.” 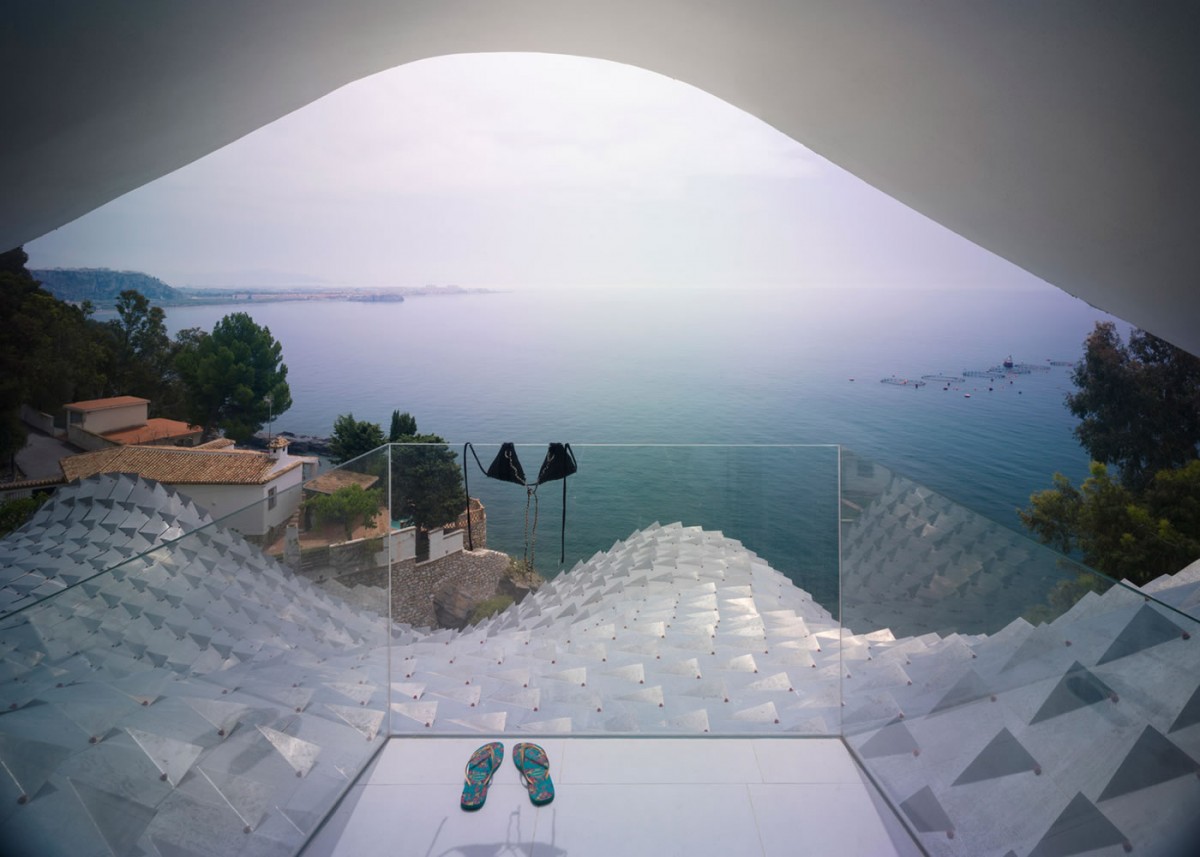 Most of the house is “underground” and the tin roof was inspired by the work of famed architect Antoni Gaudí prompting the architects to call it “Gaudiesque contemporary cave.” The underground design also allows residents to take advantage of the cool ground temperature which is around 19.5 degrees Celsius throughout the year. 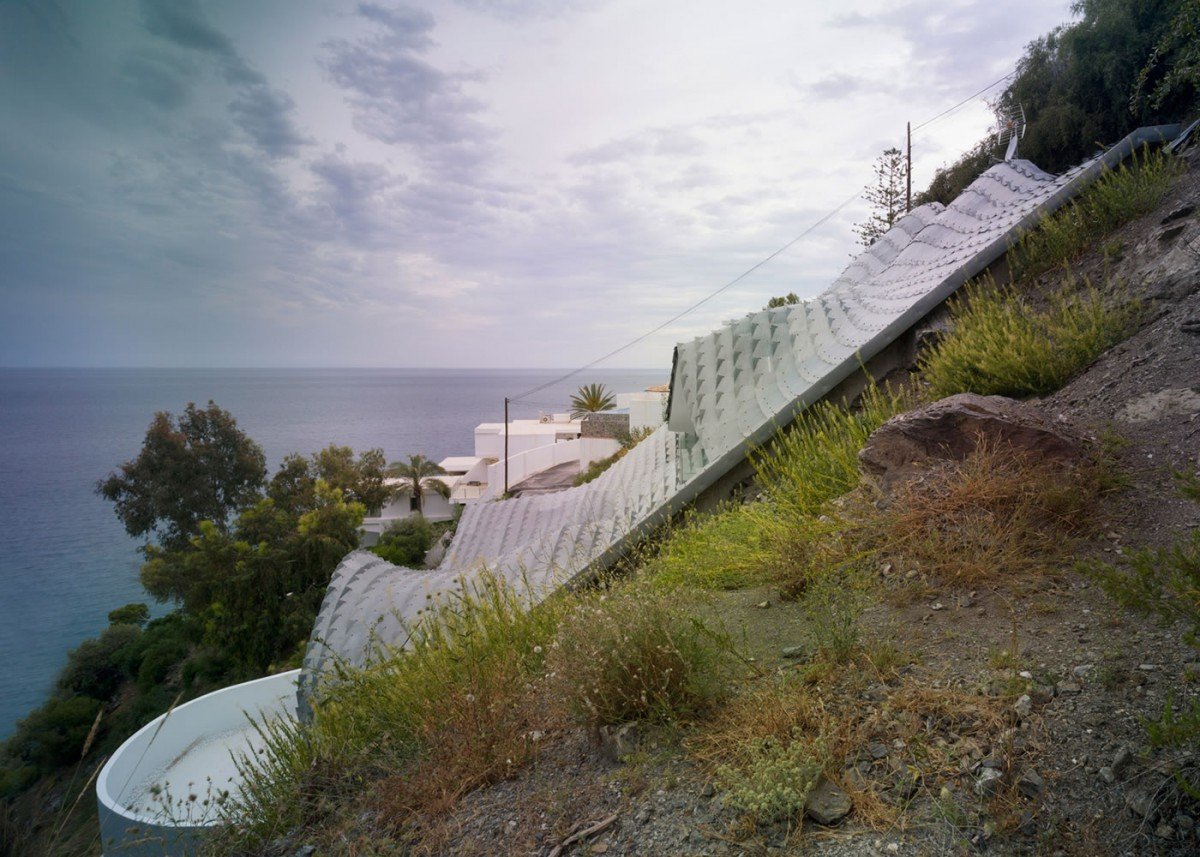 As far as amazing homes go, this one is certainly inspiring and oddly beautiful.