China as a country is weirdly obsession with transparent walkways and vertigo-infusing suspension bridges. After building the 350-feet long wonder bridge in the Hunan Province and the 1401 eet long glass bridge the Zhangjiajie Grand Canyon in 2016, the nation is back again with a structure that promises to give you a chill down the spine, if you choose to walk over it. 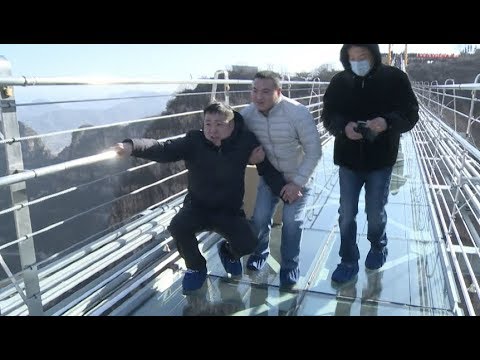 We are talking about the newly-constructed glass bottomed bridge that opened on Christmas Eve in the Hongyagu region in China. The spectacular structure measures 1601 feet in total and hangs 755 feet above the ground, between two cliffs in the Hebei province. Its majestic construction has further made it the largest suspension bridge of its kind in the world. 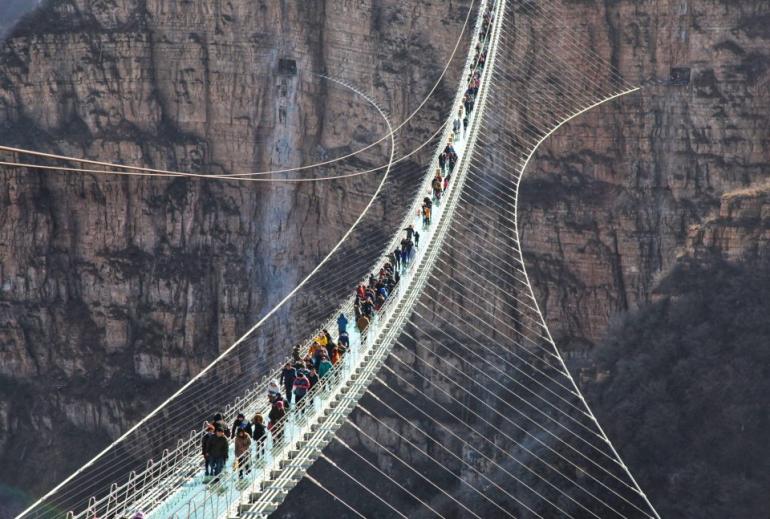 Paved with 1077 glass panels, each being 1.5 inches thick, the Hongyagu bridge as it is called has quickly become a tourist attraction. Visitors walking over the bridge can catch awe-inspiring views of the mountains, waterfalls and rivers surrounding it. 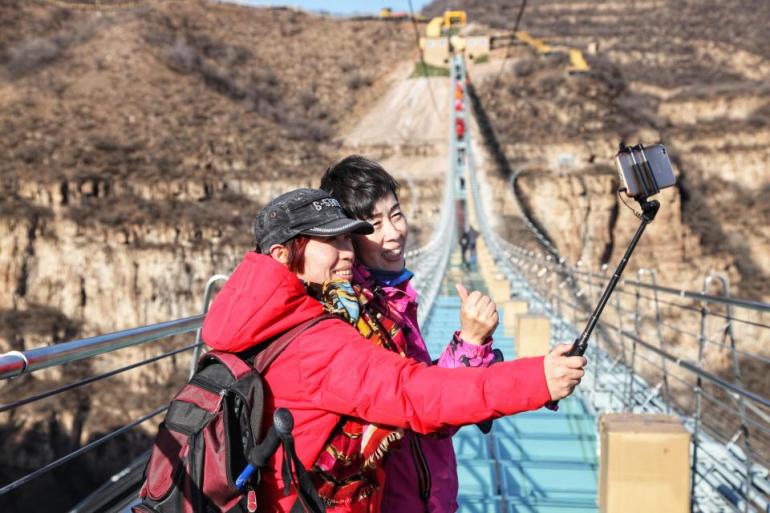 And while doing so, they can also experience the thrill of being wobbled mid-air! Yep, that’s right. The suspended bridge is designed to sway a little as visitors tread its path, for that added excitement and adrenaline rush! 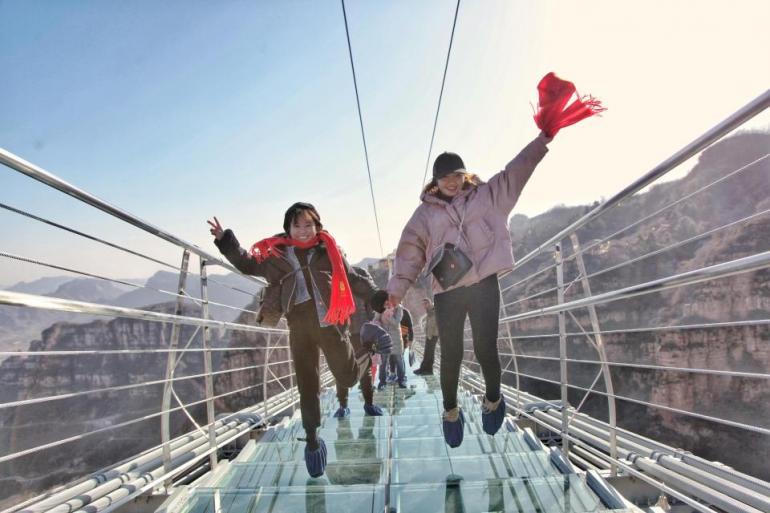 While a maximum of 2000 people can stand on the gigantic bridge, only 500 visitors are allowed to access at once, owing to glaring safety concerns. Would you dare to sway on this glass-bridge on your next visit to China? 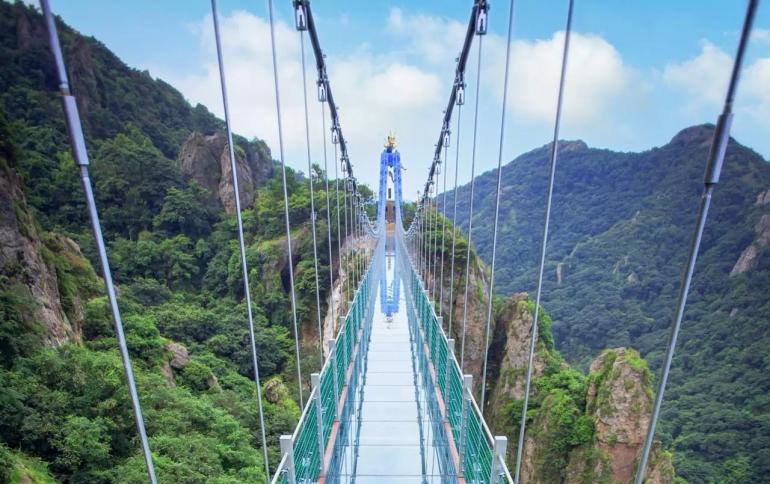