We all know all about Coronavirus, its effects, how it’s spreading and the ways of defeating it too. So we won’t chunter on about this. In fact, we will talk about how this may have led to something wonderful. Yes, little did anyone imagine that this could lead to anything positive but it surprisingly has! As humans have gone indoors and quarantined themselves, nature is finally feeling free from its despotic clutches. The biggest proof of this has been seen in the city of Venice where animal life has surfaced like never before. Credit the quarantine; the waters are clearer than ever before, there’s next to no human traffic and a noted decrease in gondola traffic. All this together has done the impossible; left the Venice canal waters clean as no one living has ever seen and not just that, dolphins abound in the canals of Venice while Italy’s nationwide lockdown remains in place. It’s a magical sight to see dolphins and swans replacing gondolas and other vessels.

The world is surprised and where else will you witness their wonder other than twitter? People have taken to Twitter to share videos and photos of nature “doing a hard reset,” as one Twitter user, @b8taFPS, put it. “Venice hasn’t seen clear canal water in a very long time,” they wrote. “Dolphins showing up, too. Silver linings aren’t a myth after all! 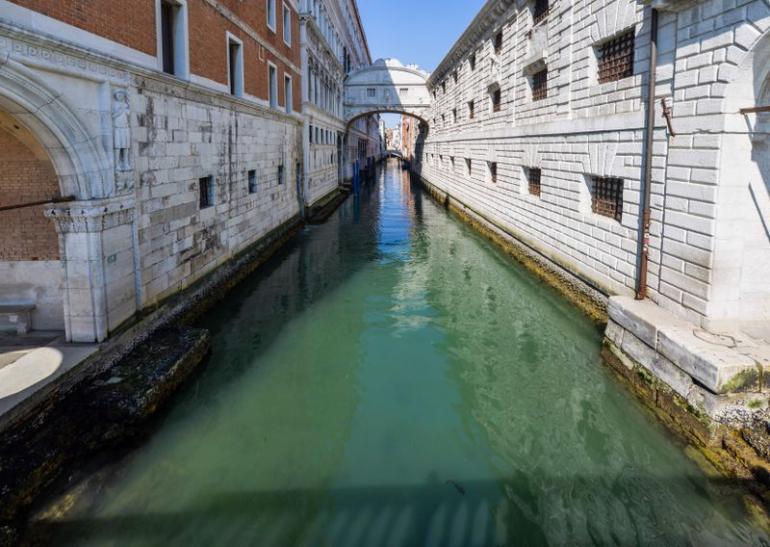