Attention all aviation enthusiasts! You’ll soon be able to buy upcycled memorabilia and bespoke furniture pieces salvaged from the first-ever Airbus A380 superjumbo operated by Emirates. The aircraft that was delivered to the carrier in 2008 is currently being dismantled at Dubai World Central Airport. Emirates’ Chief Commercial Officer, Adel Al Redha, posted photos of the A380 being taken apart on Instagram, which is a sorry sight for all those who loved the world’s largest passenger airliner. However, Redha also announced that some of the parts from the A380 will be “re-manufactured into different consumable items that will carry the aircraft’s trace.” 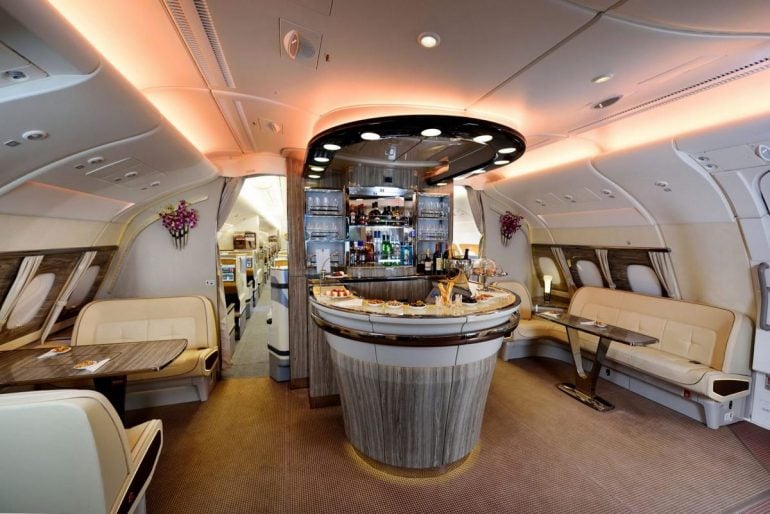 Emirates has signed a deal with Falcon Aircraft Recycling to repurpose as much as possible of the superjumbo. Amongst all the items that’ll be salvaged from the A380, the Dubai-based airline also plans on selling one of the most notable features of the Emirates A380 – the onboard bar. It will be reclaimed into bespoke furniture, which will go on sale in the coming months. 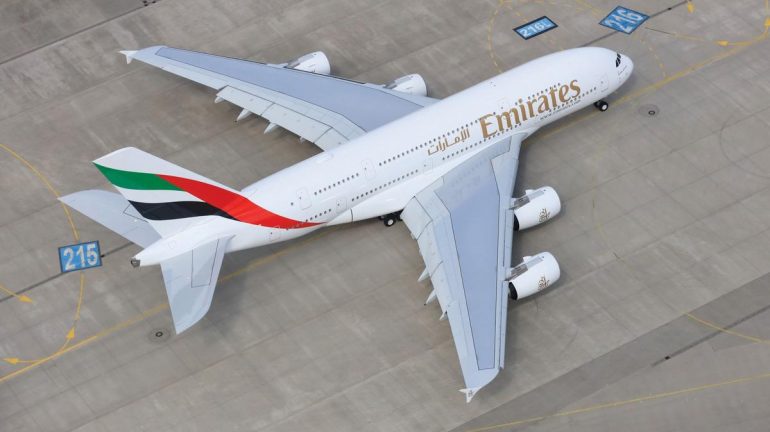 “Through this initiative, our customers and fans can take home a piece of aviation history while saving valuable materials from landfills and contributing to a charitable cause through the Emirates Airline Foundation,” said Emirates president Sir Tim Clark. “It’s an elegant and fitting retirement solution for this iconic aircraft and our flagship.”

The ambitious project of salvaging items from the superjumbo removing as much as 190 tones of various metals, plastics, carbon fiber composites, and other materials from the aircraft to be recycled, repurposed, or upcycled. Emirates is promising to save as much of the aircraft from landfills as it can. The aircraft, which operated as A6-EDA, flew its first commercial flight from Dubai to New York JFK airport a few days later. It had made more than 6300 flights and visited 62 different airports before being retired in March 2020.

Tags from the story
Aircraft, Emirates