The $1 trillion mega-project Neom, launched by Crown Prince Mohammed bin Salman, is an amalgam of the Greek word for ‘new’ and the Arabic word for ‘future.’ While every aspect of this massive project located in Tabuk Province in northwestern Saudi Arabia is breathtaking and begets disbelief, the most stand-out centerpiece of Neom will be The Line, an elongated ‘linear’ city 33 times the size of New York. The magic and magnific are found in two 1,600 feet tall buildings that run parallel to each other across 75 miles of desert, coastal, and mountain landscapes. Rome wasn’t built in a day, nor will Neom, which looks like a mammoth task even more challenging to accomplish. 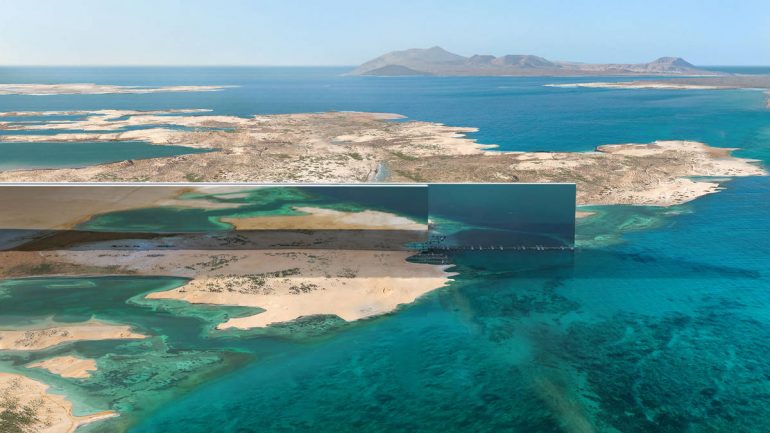 Spread across a total area of over 26,500 sq-km, Neom is larger than Kuwait and beyond the confines of the current Saudi judicial system (the autonomous legal system that investors will draft up). No small task, yet Prince Mohammed bin Salman (MBS) has claimed he wants the Mirror Line to be ready by 2030.


The brains of the project claim otherwise, stating Neom could easily take 50 years to construct. The larger-than-life project is expected to house five million people and generate up to 380,000 jobs. Let us explore the architecture, amenities, and astonishing aspects of Neom:
Is Neom the urban utopia?
The future city will be extravagant and path-breaking, and as it is building from ground zero, there is no limit to the vision or ambition. The press release states, “The Line offers a new approach to urban design: The idea of layering city functions vertically while giving people the possibility of moving seamlessly in three dimensions (up, down or across) to access them is a concept referred to as Zero Gravity Urbanism.
Different from just tall buildings, this concept layers public parks and pedestrian areas, schools, homes, and places for work, so that one can move effortlessly to reach all daily needs within five minutes.” The idea of Neom goes deeper than building a mind-blowing urban dwelling. For one, the aim is to transform the world’s perception of Saudi Arabia- an oil-dependent economy and conservative society. Neom is a modern, maverick divergence from tradition,
Neom will welcome a population boom in Saudi Arabia:
Saudi Arabia’s current population is just under 35 million. With the advent of liner-city The Line, Prince MBS expects a population influx of a whopping 50 million by 2030, with more than half being foreigners. “That’s the main purpose of building Neom,” he said. “To raise the capacity of Saudi Arabia, get more citizens and more people in Saudi Arabia. And since we are doing it from nothing, why should we copy normal cities?”
The fusion of future, technology, and ambition like nothing else:
Right out of a sci-fi movie, Neom City aims to dwarf even the iconic pyramids of Egypt with its grandeur. From sci-fi architecture to a futuristic interior, this 100-mile vertical city truly boggles the mind. Take a closer look at what it will come to be:
Neom is a city right out of a sci-fi comic book:
A decade ago, one wouldn’t even imagine flying taxis, army robots, and drones to harvest food, cook, and clean for the pampered population. It doesn’t end there. The high-tech city will enthrall onlookers with a swimming lane for commuters and robots. Entertainment goes beyond watching movies and reading books to visiting a Jurassic Park-style island of robot dinosaurs and skiing in the middle of a desert. There are systems in place for the safety of citizens, such as advanced surveillance systems using drones and microphones monitoring every move. Sounds eerie, doesn’t it?
How does one travel in a vast city without cars?
Neom completely shatters the paradigm of transportation and mobility. As a potential and self-titled champion of sustainable living, working, and prospering, there are no cars in this 100-mile vertical city. As per Prince MBS’s idea, a million residents meet within a five-minute walk, and the high-speed rail with an end-to-end transit of 20 minutes will make all daily needs reachable.
Neom revolutionizes the meaning of Smart technology:
We have grown up watching fruits and vegetables grow in fields and farms. If you do happen to live in Neom, the same will be witnessed growing vertically from the sides of buildings, ‘autonomously harvested by robots and transported to ‘community canteens.’ Instead of mothers planning their everyday meals, in Neom, residents will pay a subscription for breakfast, lunch, and dinner. Smart tech also plays a role in entertainment and sports. Residents of The Line will get a chance to enjoy sports in a never-seen-before setup- a stadium built 1,000 feet above the ground. Is there anything matching the excitement of playing a match floating in the air? Quidditch may also become a reality, and it wouldn’t be startling to witness robots wrestle in cage fights. The yachting world will have something to look forward to as well. Neom is set to capture the holidaymakers captivated by the French Riviera with a marina built underneath the arch of the buildings. 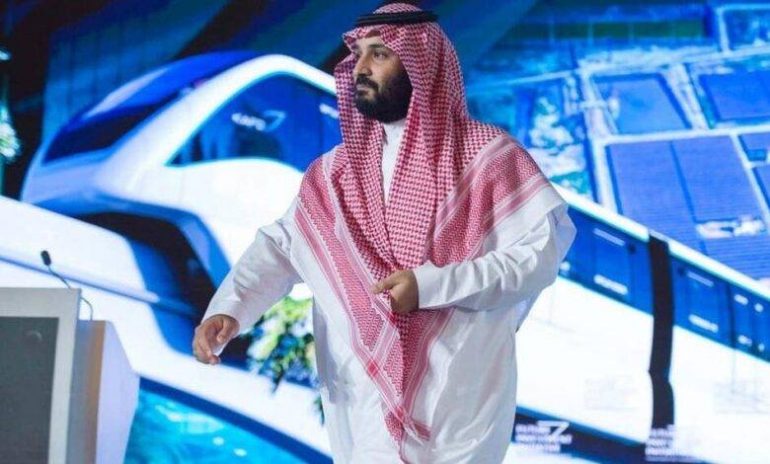 Is Prince MBS playing god?
I see nothing wrong with the Earth’s only natural satellite, but it probably won’t do for the great city of Neom. The makers prefer another giant fake moon (cater-free in all probability) to glow aesthetically each night. Following the phony moon is a made-to-perfection artificial beach with sand that glistens in the dark.


With Cloud seeding, a technology designed to create rain by modifying the weather and outside temperature, Neom city will experience torrential rains that will water the crops to provide fresh produce. There will also be billions of trees planted in the arid desert, making it an urban, lush green Gotham city. What good would a god be if he could not control the weather?
Not everything is hunky-dory in Neom:
No matter how much HRH Prince Mohammed bin Salman wants to create the perfect world that has everything, but the reality is quite the opposite. The Covid-19 pandemic has made people averse to living in packed-to-capacity, high-rise buildings. Not just for humans, The Line could be detrimental for birds too. The size and length of the Mirror Line that shines bright would confuse migratory birds and disrupt bird patterns. This goes entirely against the ethos of the project’s desire to be planet-friendly. In addition to natural factors, there are financial glitches as significant as the scale of this project. With nearly no foreign investments, the $1 trillion project Neom primarily depends on Prince MBS and the deep pockets of local investors. The Guardian shared that the reportedly volcanic temper of Neom chief Nadhmi al-Nasr and his failure to rein in MBS’s fantasy has prompted dozens of senior staff to resign. ‘We couldn’t even estimate the build cost,’ said a U.S. hospitality expert who fled a job working on the ski resort after only five months. ‘We were hanging buildings on the side of cliffs, and we didn’t even know the geology.
Will Neom ever become a reality?
This is a million-dollar question for a trillion-dollar project. Not even touching on the debatable topic and trustworthiness of Neom being carbon neutral and good for the local environment, logic begets the question if Neom and The Mirror Line is too ambitious to become a reality.
Compared to a much smaller structure, Jeddah Economic City, launched in 2008, continues to remain in limbo one is forced to doubt the success of Neom. The urban oasis held the world’s first kilometer-high building, the Jeddah Tower. Fifteen years later, the 3,281 feet skyscraper stands with only a third of the tower ready with no plans to restart construction.
Comparatively, The line is a sprawling accommodation measuring no less than 396000 feet. The Jeddah tower, a spec on the scale of Neom, required 80,000 tons (72,575 metric tons) of steel. Does the number that justifies Neom City’s requirement even exist? More importantly, who does Neom cater to? Will the Saudi elite leave their high-end supercars and travel by train? Will the project be completed against all odds to avoid embarrassment? Does the world need a Neom? These are a few of many questions that only time can answer.
Tags from the story
Neom-city, Saudi-Arabia