The weekend of the 24th and 25th May 2014 saw the 72nd edition of the most famous Grand Prix circuit in the world, as Monaco-Monte Carlo once again opened itself up to the world. In what is arguably the most popular weekend of racing in the Grand Prix calendar, thousands of fans and celebrities arrived in the Principality to enjoy racing, champagne and lavish parties. 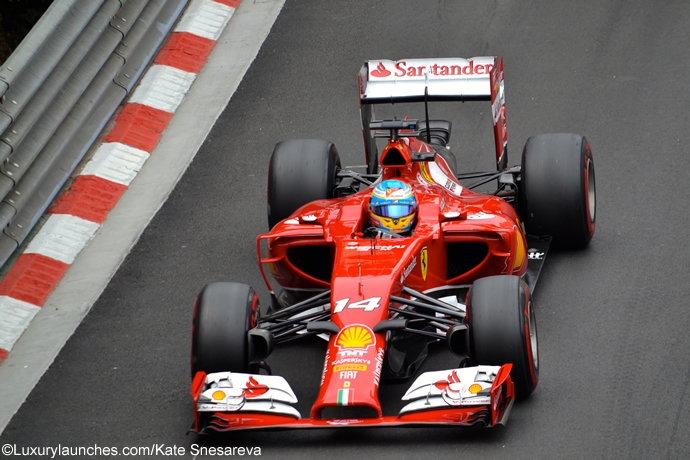 In addition to being one of the most famous events in the Grand Prix season, Monaco is also home to the most glamorous event, with numerous attendees watching the race either from opulent 5 star hotels, or from the comfort of their very own yacht charter. Many others arrived via their own helicopter charter from Nice to Monaco, demonstrating the draw this event has for the discerning traveller. 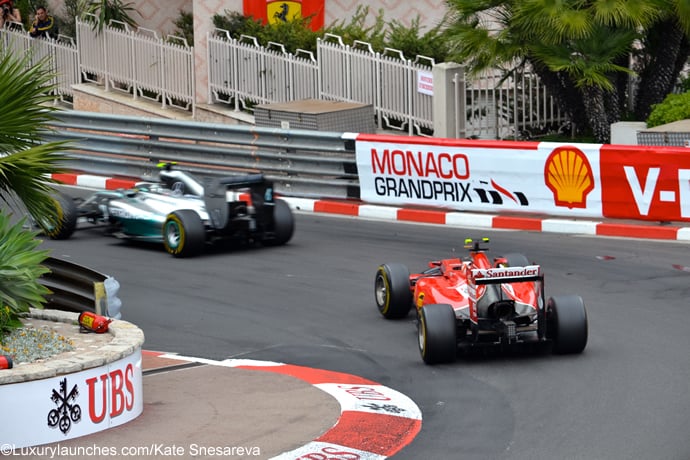 On Saturday 24th May, qualifying was held for the main event, with Mercedes team mates Nico Rosberg and Lewis Hamilton fighting to take pole position for the Sunday. Controversy brewed as Hamilton argued that he was not allowed to try to finish first as the safety car was brought onto the track on his final lap causing him to slow down. It was therefore Rosberg who celebrated winning pole position and Lewis Hamilton had to be satisfied with second place. Daniel Ricciardo from Red Bull finished third in qualifying and was the final man on the podium. 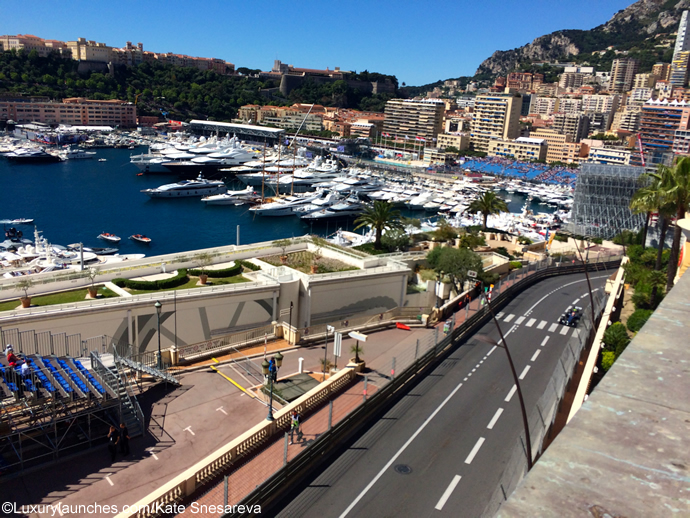 Moving onto the Sunday and everything was in place for another dazzling event, which was suitably opened by royalty in the form of Prince Albert II of Monaco, who was joined by his wife Princess Charlene in the Royal Box. The race started without a hitch and Nico Rosberg began well, clearly with the intention of keeping his lead throughout the whole race. Despite a few crashes and the appearance of the safety car on more than one occasion, the race was not as controversial as qualifying, so Nico Rosberg managed to hold onto first position for the whole of the race to come out as the winner. 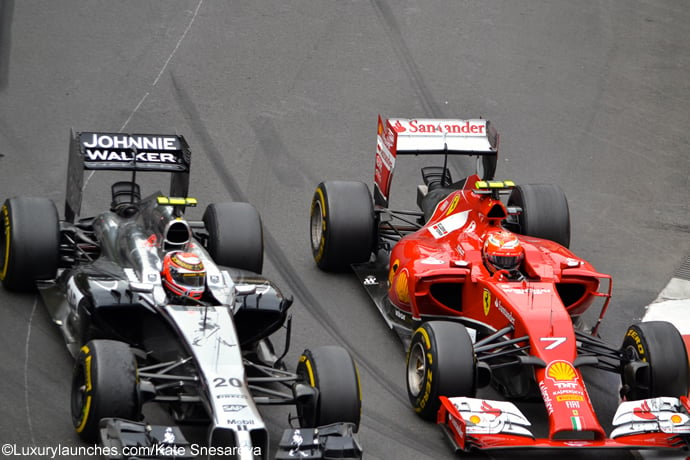 Lewis Hamilton, who was unable to overtake Rosberg at any point in the race, took second position on the podium, while Daniel Ricciardo finished in third. The top three were therefore the same as they were at the beginning of the race, which came as little surprise as Monaco is a notoriously difficult track to on which to overtake. Nico Rosberg opened his champagne in traditional style soaking the crowd and his team who had worked so hard to give him the chance to win.
Whilst many fans decided to filter out of the Principality back to Nice and Cannes, those enjoying the luxury lifestyle continued the celebrations into the night, either at a pool party on the roof of the world-famous Fairmont hotel, or with a bottle of champagne on their private yacht. 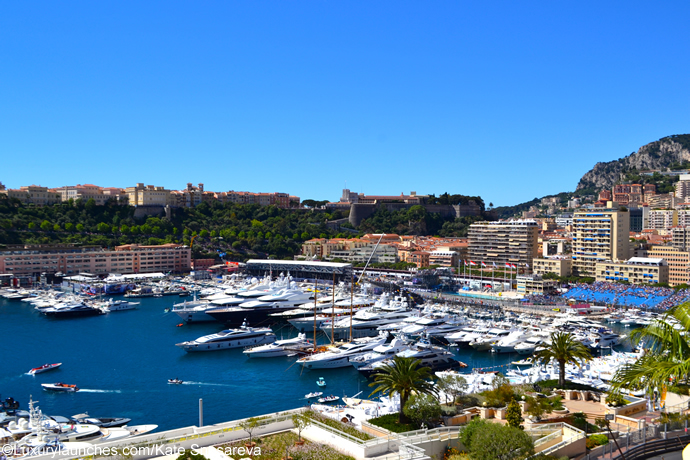 The Monaco Grand Prix retains its title as a truly spectacular event, with demonstrations of affluence in abundance. Due to the location of the Principality and its close proximity to the Cannes Film Festival, the event brings together the best in luxury yachts, high fashion and stunning accommodation. We can undoubtedly expect more of the same at the 73rd Monaco Grand Prix in 2015. 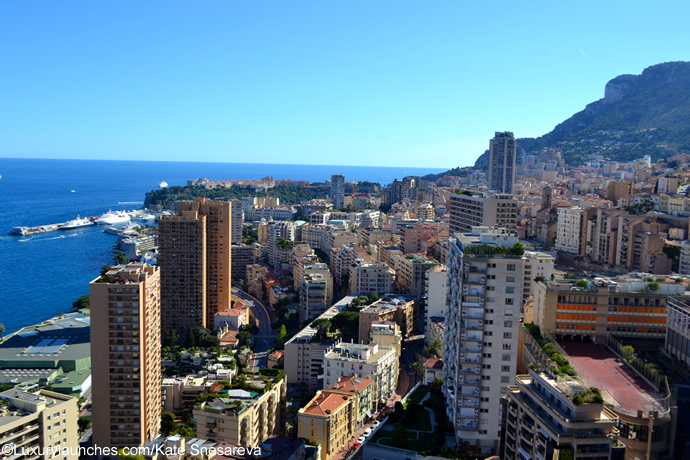 This article was brought to you by UK Lamborghini rental experts Supercar Experiences and the leading Monaco helicopter provider, which exclusively covered the Monaco Grand Prix for Luxury Launches. 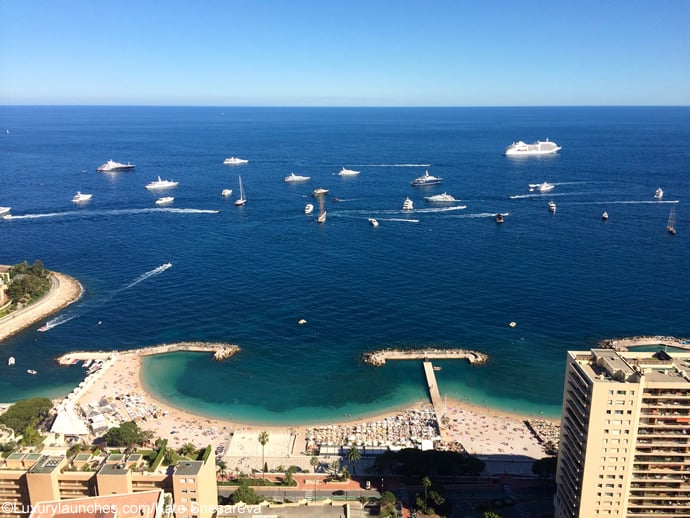 Tags from the story
F1, Monaco