We have all heard about customized jets owned by billionaires, dictators and celebrities. But, how about a jet specially designed for athletes? If not have heard of company named Teague, it’s a Seattle-based firm that has designed some very popular products like this year’s e-bike of the future, the Pringles can and the original Xbox; and now it has come up with a super-luxurious jet concept in collaboration with Nike which has been specially designed for pro-athletes that caters to a team’s every need. We all know that home field advantage gives professional athletes an undeniable edge as the travelling takes its own toll on them during there away games. Most of the jets are too cramped for the large athletes. According to a 2008 study, baseball players that cross three time zones to play a game would have a 60 percent chance of losing, thanks to the lack of comfort afforded by air travel. Learning about the stats, the company teamed up with Nike to design an aircraft interior designed to expressly carry a basketball team from coast-to-coast without compromising their performances. 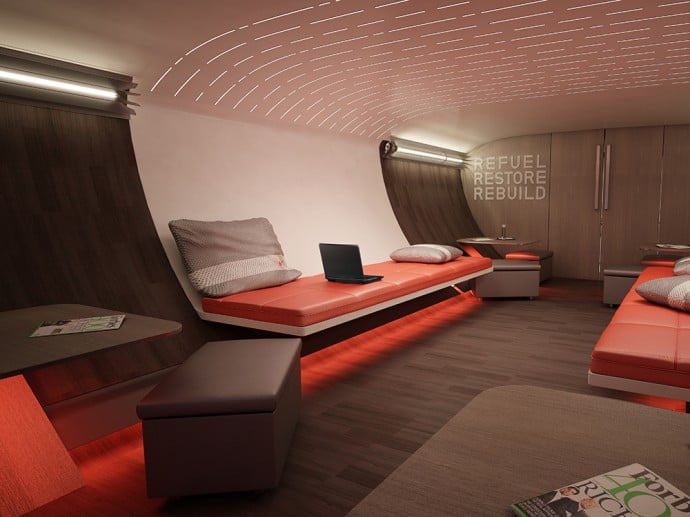 To begin with, Teague and Nike repurposed the floorplan of a 400-passenger jet to attend to just 13 players of a Basketball team; though the plan could be modified for other athletes. Lie-flat beds and a complete absence of overhead storage compartments make room for seven-foot-plus players to rest and relax properly. A special recovery zone built into the plan offers the trainers a fully-equipped training room for pre-game therapy and massages. There is also a self-serve meal area lets athletes feed their customized nutritional needs. Additionally, there is a “mental activity spaces” for reviewing film and going over pre- or post-game strategies and a lounge to celebrate the after-match parties. Even the toilets are overhauled, monitoring a player’s hydration levels. But, as of not it’s just a concept design and there is no word on the production of this concept jet. 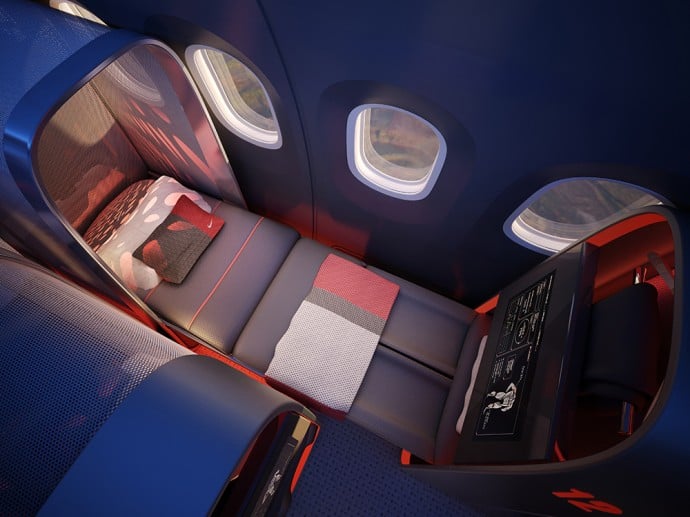 Tags from the story
Nike, Private-Jets