They fly their Aces High, and that’s how they like to have it. British Heavy Metal band Iron Maiden has some newfound respect from fans since they rolled out the swanky new Ed Force One. It has been ferrying the band worldwide with several tours since the 2008/09 ‘Somewhere Back In Time’ tour. The Ed Force One was specially commissioned to carry the band and their heavy equipment worldwide, even to countries where that amount of freight would be a hindrance for the band performing there. 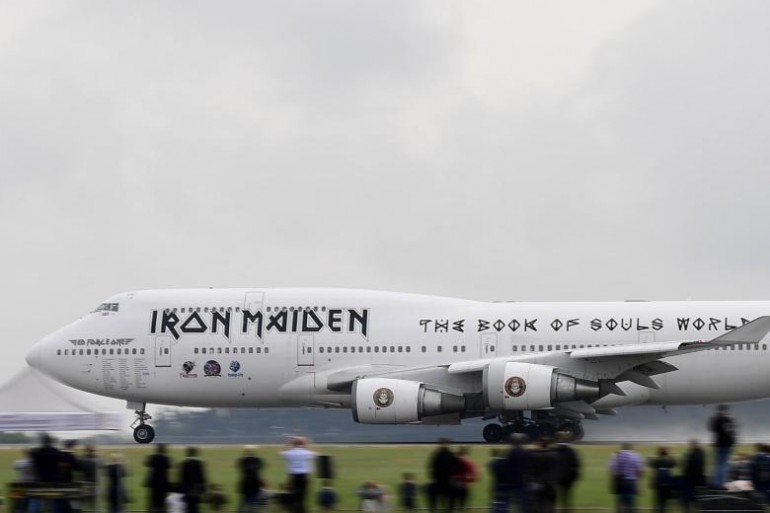 Mostly flown by vocalist Bruce Dickinson, the Boeing 747 is huge and screams ‘heavy metal’ from the land as it does from the sky. It so came to pass that German journalists chanced upon the celebrated airliner parked right beside the private jets of German Chancellor Angela Merkel and French President Francois Hollande at Zurich airport. It goes without saying that the huge Boeing completely devoured the horizon, making the private jets seem nearly invisible.

The German and French heads of state were there to inaugurate the world’s longest railway tunnel with the Swiss government and Italian Prime Minister, Matteo Renzi