Introduced to the public for the first time at the European Business Aviation Convention & Exhibition (EBACE) in Geneva, the PC-24 aircraft is Pilatus’ first jet powered aircraft in the seven decades of its existence. Known for building versatile turboprops, the Swiss company decided to enter the already crowded market segment when its customers requested for a faster alternative to the very popular single-engine turboprop PC-12 model. Pilatus started accepting orders for the PC-24 twin-engine jet in May this year and the company sold out the $8.9 million jet’s first production run in just two days. The company opened the order books at the annual European Business Aviation Conference and Exhibition held in Geneva and binding contracts for 84 airplanes were signed in the first two days itself. 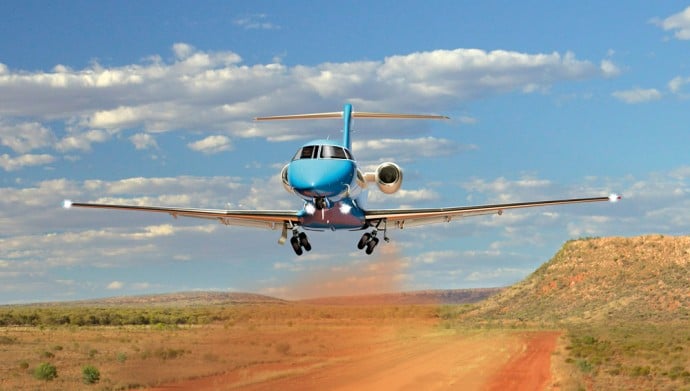 Though the Pilatus PC-24 in not scheduled to be delivered anytime before 2017 but there are some very good reasons why the company’s first ever jet aircraft drew so much attention later turning into confirmed orders. The PC-24 powered by two 3,400-lbst Williams FJ44-4A engines is slated to become the world’s first ever business jet for use on short unmade runways. In addition, the jet can seat up to 10 passengers and shares many of its features with the PC-12 turboprop including a roomy aft cargo door and easy-to-reconfigure cabin seating. According to Pilatus, they have been working on the design for about eight years and based it on customer input. The jet, which is certified for single-pilot operation, has a range of 2,245 miles and can cruise as fast as 489 mph.