What can you replace with a Swarovski crystal-encrusted Mini Cooper to create a flutter around the world? Well, a hand-knitted Ferrari! At least that happened at the Ripley’s Believe It Or Not! museum at London’s West End. The £1m Mini pulled out of a smoke duct of the five-story building at Piccadilly will now be seen at Ripley’s museum in Baltimore, USA. Knit by British artist Lauren Porter, the car took 10 months to make with 12 miles of wool. Measuring 250 squares of garter stitching, the car sports a hand-embroidered horse logo at the front.

The car it replaced (the Mini Cooper) was encrusted with over a million hued gems in 50 shades that stand for the 50 US states. It sports landmarks on the bodywork, such as the Statue of Liberty and Mount Rushmore. Apparently, the Westminster Council closed the streets around Piccadilly Circus in the early hours to safely transport the expensive car to its new destination. 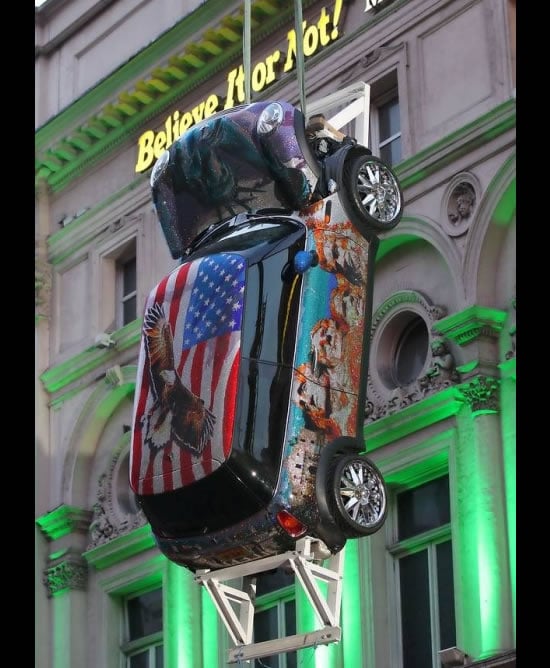