Journey to the North Pole to explore its extreme environment and barely hospitable icy landscape sounds like an arduous task which is meant only for the most seasoned adventurers. However, a Swedish company called OceanSky wants to turn it into one of the most luxurious and comfortable journeys one can imagine. Come 2023, the company will begin operating its unique tour to the North Pole onboard the world’s largest aircraft called the Airlander 10. The cabin of the 92-meter-long aircraft will be furnished as a flying five-star hotel, with ultra-luxurious interior, panoramic windows and spacious personal cabins. The flight will take-off from Svalbard on the Norwegian archipelago and set-off on a unique 36-hour flight that will give its passengers an unparalleled experience. The price for a private two-bed cabin is 600,000 SEK (about $64,000) and the Swedish company has already put the tickets on sale. 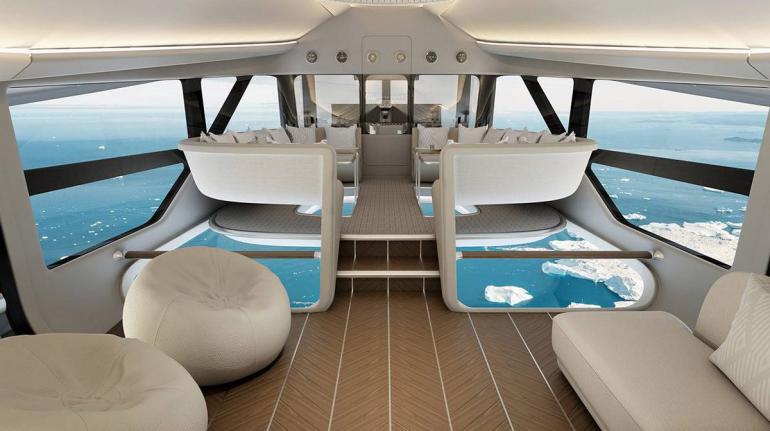 Carl-Oscar Lawaczeck, CEO and founder of OceanSky said: “The expedition to the North Pole is for the traveler who wants to experience the Arctic in a unique way, and at the same time contribute to the development of sustainable travel.” The overnight trip is 15 hours each way, with six hours on the ground which includes lunch in the snow. The 16 passengers will be served an Arctic-inspired menu prepared on-board by an award-winning chef. Lawaczeck further added: “Roald Amundsen flew from Svalbard and over the North Pole in 1926 with the airship ‘Norge’. Now we are doing the same expedition, but we will also land on the North Pole. The passengers will enjoy the arctic nature in serenity and comfort in a hyper-efficient modern flying vehicle. They will be pioneering a new way to travel, flying for sustainable skies.” After reaching the North Pole, the passengers would enjoy a day excursion, to be lead by expert and climate activist Robert Swan. 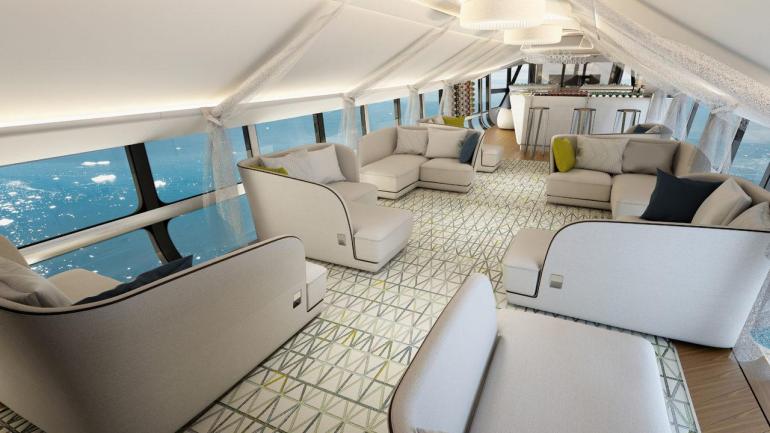 The Airlander 10 is being built by Hybrid Air Vehicles at Cardington in Bedfordshire and has been under development for over the past 12 years. It is a hybrid aircraft with a helium-filled upper-section of the airship for lift along with 4 diesel-powered propellers for lateral movement and can fly continuously for days at a maximum speed of 92mph. In November 2017, a prototype of the Airlander 10 crash-landed and collapsed during a test flight.