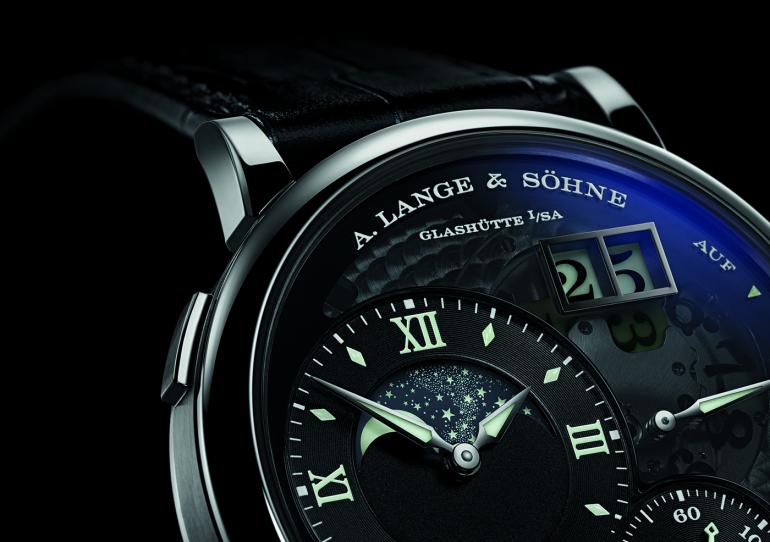 In the Grand Lange 1 Moon Phase ‘Lumen’, similar semi-transparent sapphire crystal theme has been applied that features their ‘special coating’. This coating blocks most visible light from the outside but not the UV spectra that ‘charge’ the luminous pigments on the outsize-date mechanism and cause them to glow in the dark. Instead of the solid-gold lunar discs found on the previous Lange models, this timepiece has a disc made of glass which is first treated with a patented coating process on its surface and then a laser is used to cut out 1164 stars and the moon. 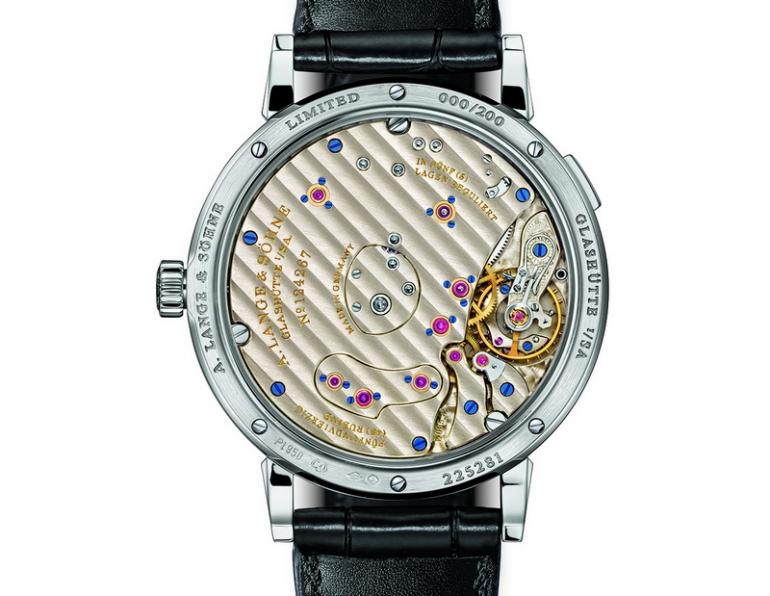 The large moon-phase display occupies a prominent position on the main dial. Once properly set, it only needs to be corrected by one day every 122.6 years. The beautiful 41-millimeter platinum case houses the in-house L095.4. The L095.4 is an elaborately finished calibre with a three-quarter plate made of untreated German silver and decorated with Glashütte ribbing. It has a power reserve of 72 hours (three days), features 446 parts, 45 functional jewels, and an operating frequency of 21,600vph. Available in a limited number of 200 pieces, the A. Lange & Söhne Grand Lange 1 Moon Phase ‘Lumen’ is priced at €69,600 ($75,000 approximately).