It was in 1978 when French powerhouse Hermès introduced the original Arceau watch – a masterpiece created by the brand’s legendary designer Henri d’Origny. The asymmetrical lugs and the sloping numerals of the timepiece gave it a distinct character which has been very popular for the last four decades. Hermès has come up with a new iteration of the timepiece for 2020 called the Arceau Squelette. With a skeletonized movement, the new timepiece follows in the footsteps as the 41mm Arceau Squelette; however, it gets a smaller 40mm case and a unique smoked black sapphire dial that gives a glance of the new caliber. 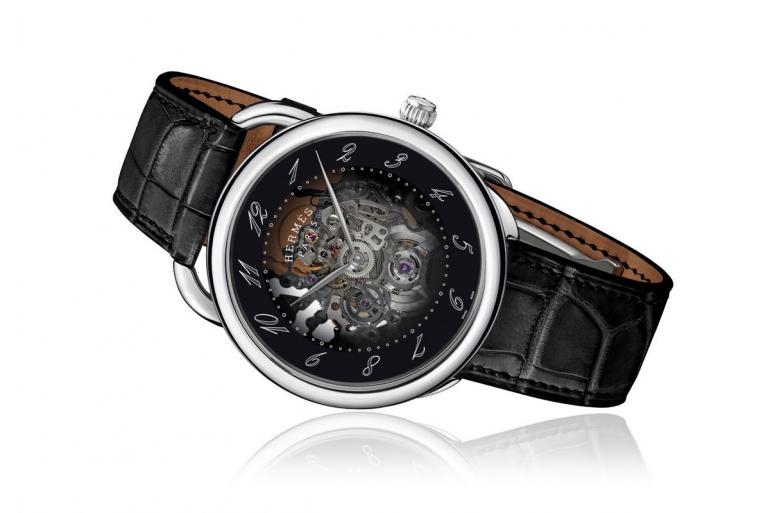 Starting with the familiar elements of the Arceau Squelette, it features a 40mm stainless-steel case, the same funky swirling numeral, and a Hermès strap. The highlight of the new iteration is its gradient-smoked sapphire crystal dial which goes from opaque on the outside to transparent in the center. The openworked movement peeks from underneath the dial. The movement is a Sellita SW300 Skeleton, which is exclusive to Hermès. It beats at 28,800vph and has a 42-hour power reserve. Arceau Squelette is offered with a choice of five different colors of alligator leather: black, graphite, abyss blue, Havana and Hermès Étoup. It is priced at $8600 and is available at Hermès boutiques and retailers, along with the brand’s official website. 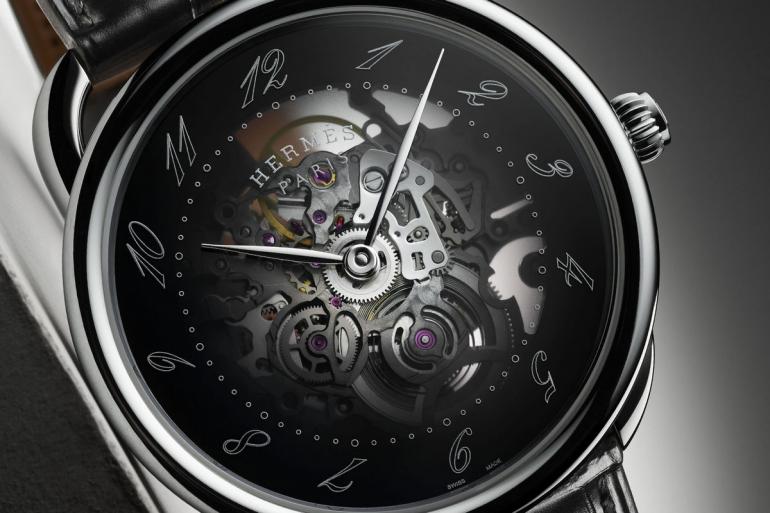 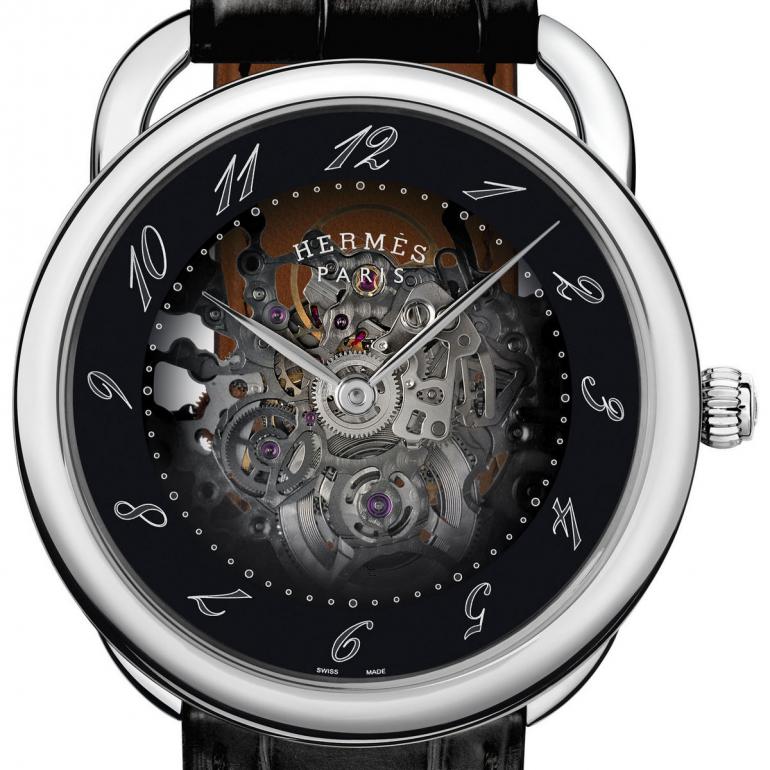 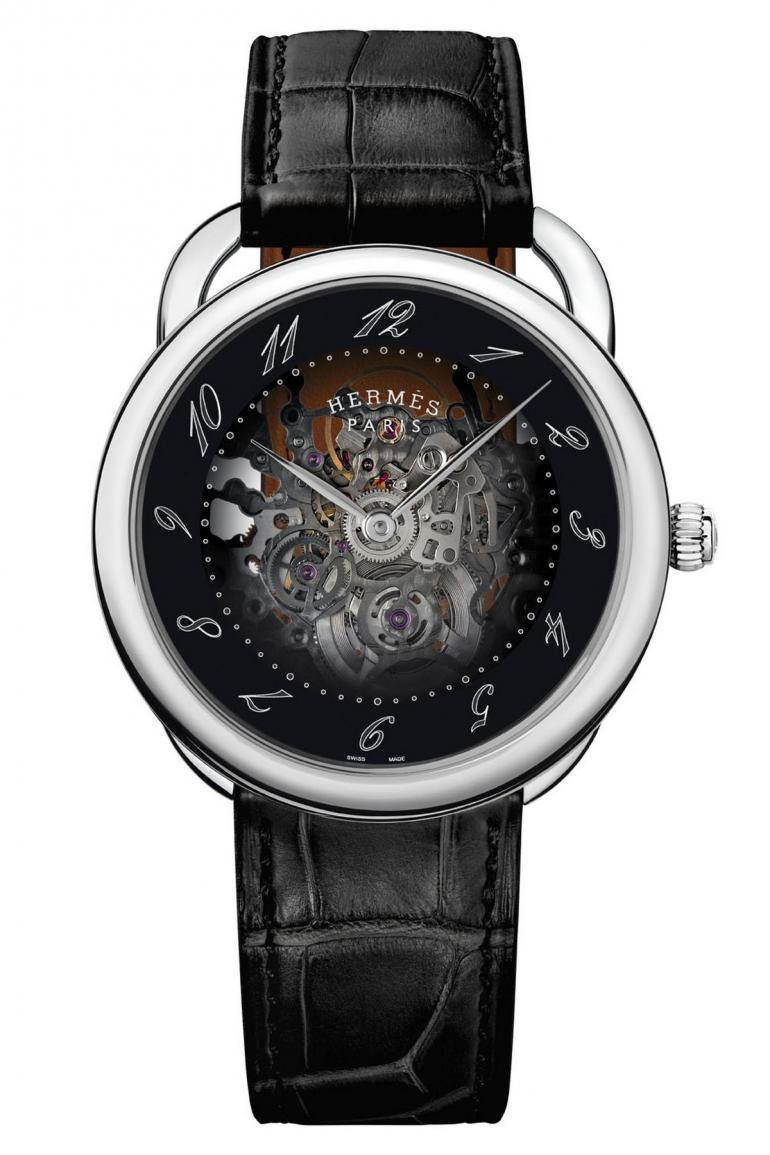