Jaquet Droz has wowed us once again with an extravagant collection of timepieces that are equal parts functional and artistic. These are two exclusive variations of its Grande Seconde Off-Centered timepiece, but what sets them apart is their dramatic dials made from meteorite and stromatolite – minerals that have traveled thousands of lightyears to be on your wrist.

Meteorite is a fragment of asteroid that has penetrated the Earth’s atmosphere intact – this makes it a rare and sought after material, but also one that requires the hands of a skilled craftsman to be shaped into something beautiful. 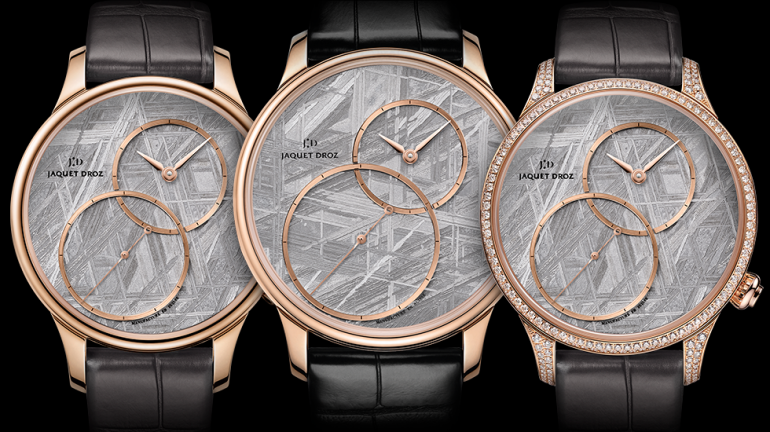 The journey of these watches began with someone having to track down meteorite fragments, gathering bits and pieces that were large enough to work with. In the hands of the finest craftsmen, these fragments underwent exclusive cutting techniques to be transformed into the finely shaped and finished dials they are now. These watches have within them something that is literally “out of this world”.
Only three limited series of 88 pieces each will be issued of the Grande Seconde Off-Centered Meteorite watches: a 39 mm model, a 39 mm model set with diamonds, and a 43 mm model. 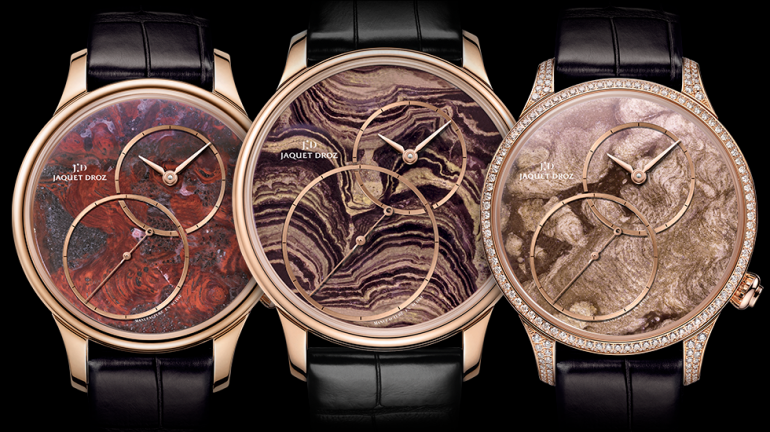 Stromatolite, meanwhile, is a fossilized sedimentary rock that is unusual for being biogenic, meaning it contains living components as well as fossils. It dates back an astonishing 3.5 billion years, making it one of the planet’s most ancient vestiges – a fragment of a past that even the most advanced science can only help us imagine.

The collection comprises only three pieces: a 39 mm model, a 39 mm model set with diamonds, and a 43 mm model, in a red gold case.
We love the minimal dials on these high drama watches. They are all fixed with alligator leather straps that perfectly complement the red gold dials. Prices range between $23,800 and $29,700.