Gone are the days when athletic wear only meant sweatpants and comfortable trainers. Now, high-end designers such as Stella McCartney and Versace are offering luxe activewear, and celebrity athletes are sporting fashionable attire both on and off the court or field. In its July/August 2019 magazine, Sports Illustrated even honoured the 50 most stylish athletes in the business.

Another way athletes are looking runway ready during competition is by the sophisticated watches they wear. They like to show their individuality and fashion sense by being selective of the watches they choose. From tennis players to American football stars, plenty of athletes believe these timepieces also offer good luck during competitions. Here are a few notable examples.

This my new timepiece, it's called "The Billionaire Watch". If you don't know about it, google Billionaire Watch. That's $18 Million on the price tag. I bought this watch from the best jeweler in the world, hands down @tadashi1980. He has better prices than any other jeweler that I’ve ever done business with ever and trust me, I’ve bought jewelry from every jeweler in NYC, Vegas, LA, Detroit, Houston and Miami. From here on out I’m only buying from @tadashi1980 fire your jeweler and hire @tadashi1980 Follow his page now.

Floyd Mayweather, boxing
The American boxer owns the most luxurious – and pricey – watch on this list. In June 2018, Mayweather travelled to Tokyo to purchase the US$18 million Billionaire Watch from Geneva-based watchmaker, Jacob & Co. A collaboration between watchmaker Jacob Arabo and Flavio Briatore of the Billionaire Lifestyle SARL company, the Billionaire Watch is the only watch of its kind in the world.

With good reason, too. The watch is made with 260 carats of emerald-cut diamonds styled in an inverted pyramid. The diamonds are then set in an 18-karat white gold case and bracelet.

The watch, which Nadal helped design, is strong enough to withstand the force of his swing thanks to ultralight Quartz TPT and features a bold red-and-yellow case inspired by the flag of Spain. Since Nadal is a brand ambassador, Mille insists he wear the watch during games (not that it’s too much of a hardship).

Paul Pogba, soccer
Manchester United central midfielder Paul Pogba earns £290,000 (roughly US$357,512) weekly, making his purchase of a US$165,500 Richard Mille 30 Automatic White Rush watch nothing more than a drop in the bucket for him. The limited-edition white watch has a prominent skeleton-style dial design, as well as a caseback made from sapphire crystal.

It seems like Pogba will be able to indulge in more Richard Mille luxury watches, too, as he recently signed a lucrative endorsement deal with Adidas for US$44 million.

Anthony Joshua, boxing
Twenty-nine-year-old British boxer Anthony Joshua has made a name for himself with his skills in the ring and his company AJ Boxing & Commercial. On a recent night out, he wore what’s likely a gift from one of 12 company sponsors, Audemars Piguet, a luxury Swiss watchmaker.

His watch of choice that night was the Audemars Piguet Royal Oak Offshore, worth US$431,375. Because of his close relationship with the watchmaker, he regularly wears other styles, as well. 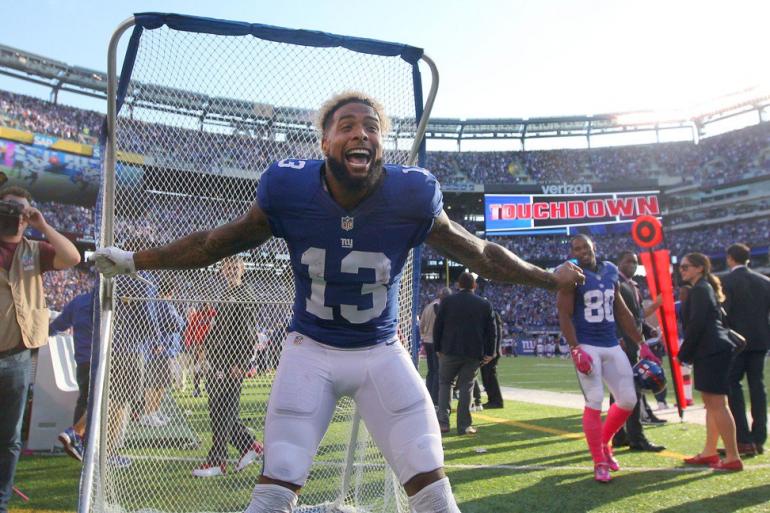 Odell Beckham Jnr, American football
Nadal isn’t the only athlete who wears a Richard Mille watch on the field. NFL player Odell Beckham Jnr is a Mille man as well. His watch of choice is the orange and brown McLaren’s limited edition Flyback Chronograph RM 11-03.

Apparently, though, the NFL is not thrilled that Beckham wears the US$350,000 watch on the field. According to sportswriter Ian Rapoport, Beckham is breaking a league rule prohibiting players from wearing “hard objects”. Despite his employer’s disapproval, the sports star plans to keep doing his thing.

Serena Williams, tennis
Holding the number one spot on Sports Illustrated’s Fashionable 50 list, Serena Williams has a reputation to protect. She can often be seen sporting an Audemars Piguet watch at Wimbledon – she’s a brand ambassador, after all.

At the 2017 Australian open – her last grand slam before her pregnancy – she showed off a Millenary rose gold piece. She also notably wore a US$1.25 million Audemars Piguet Diamond Outrage to the 2017 Met Gala.

Tags from the story
Most-Expensive, SCMP