In Chinese culture, the dragon is considered as the symbol of imperial power, happiness, peace, protection and destiny. Combining the Chinese mythology with fine craftsmanship, German watchmakers Grieb & Benzinger honored the request of a Chinese watch collector with a special edition of The Blue Dragon Imperial. The collector who was born in the year of the dragon is an avid collector of all things ‘dragon’. Keeping in sync with Chinese beliefs, the watch was delivered to the owner after 8 months of waiting on August 8th 2014 (8.8.2014), and since figure ‘8’ is the Chinese lucky number, this dragon project is believed to be triple lucky. 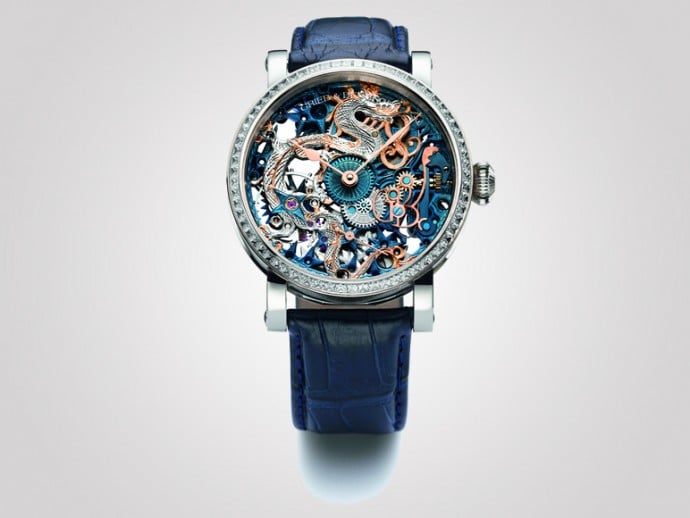 Tags from the story
Grieb-and-Benzinger