One of the world leaders in luxury apparel and accessories, Gucci is constantly reinventing design with intriguing tie ups and partnerships and covetable artifacts. Their four year partnership with The Recording Academy has now resulted in the launch of the Gucci Grammy Special Edition Interlocking watch, a unique timepiece with a dial crafted from Grammium, the very material used to forge the miniature gramophones that are now symbols of the world famous Grammy Awards. The watch forms part of the Interlocking collection, marked by its modern and urbane take on the iconic interlocking GG logo. It features a black polished and brushed PVD case, a snapped case back with the Grammy Awards logo and a golden-yellow sun-brushed dial made with Grammium.

The watch mirrors the lengthy process involved in creating the beautifully gilded Grammy Award statuettes which are handcrafted every year by master craftsman John Billings. The watch is available in two sizes – 42mm and 37mm – and remains a symbol of Gucci’s commitment to aiding the music community by preserving its heritage and supporting new talent. 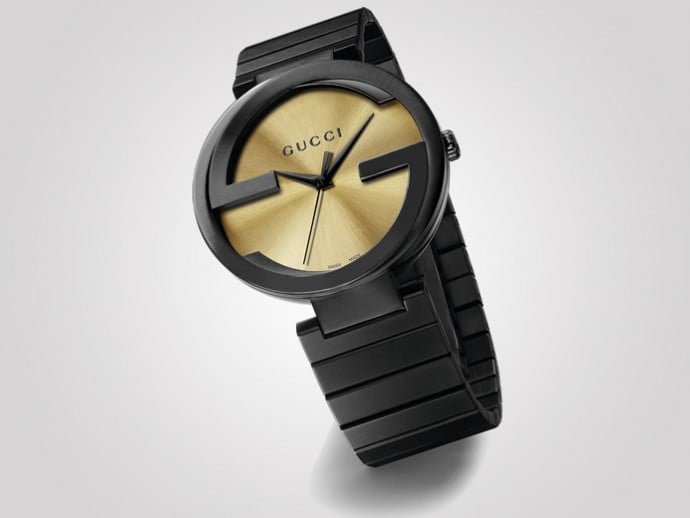 Tags from the story
Gucci, Special-Edition