Harry Winston has followed up its incredible ‘Histoire de Tourbillon 7’ timepiece released last year with another mind-blowing creation. Meet the Histoire de Tourbillon 8 – the latest in an ongoing series of tourbillon watches by the renowned jeweler that was created to explore and surpass the boundaries of horological complication and design. The timepiece is fitted with two bi-axial tourbillons, each of them made up out of 117 parts, yet weighs only 0.76 grams. Although watch uses pretty much the same bi-axial tourbillon complication of its predecessor, it offers a new time display with jumping hours and minutes, and comes with other aesthetic tweaks. 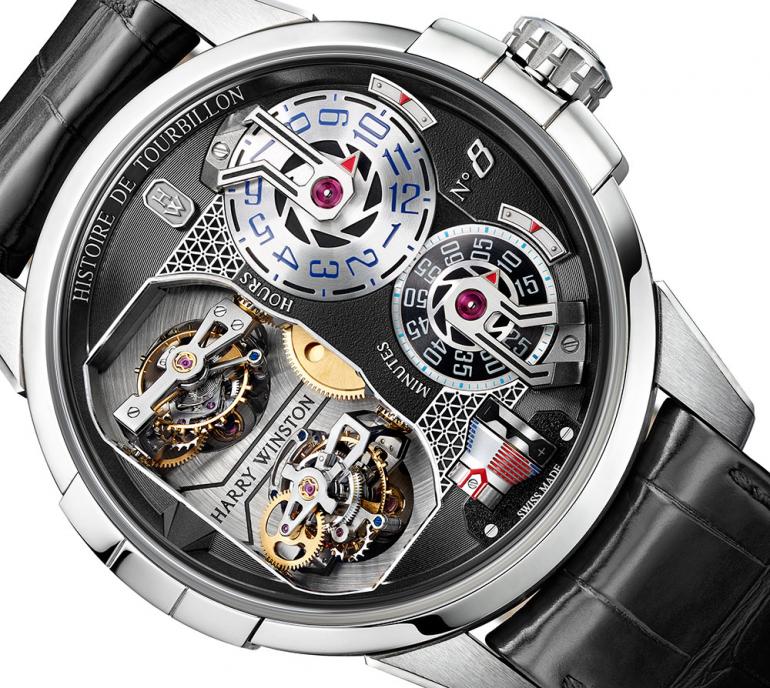 Both the tourbillons have an outer cage which makes a full rotation every 75 seconds at a 30-degree inclined axis, and within a second cage makes a full rotation in 45 seconds. They work independently from each other, but a spherical differential unifies them. The 51mm white gold case features alternating polished mirror and satin finishes. The dial’s entire surface area is actually one component, made up of 13 different elements with varying textures and finishes, and the two conical discs, housing the hour and minute displays, are made of aluminum. 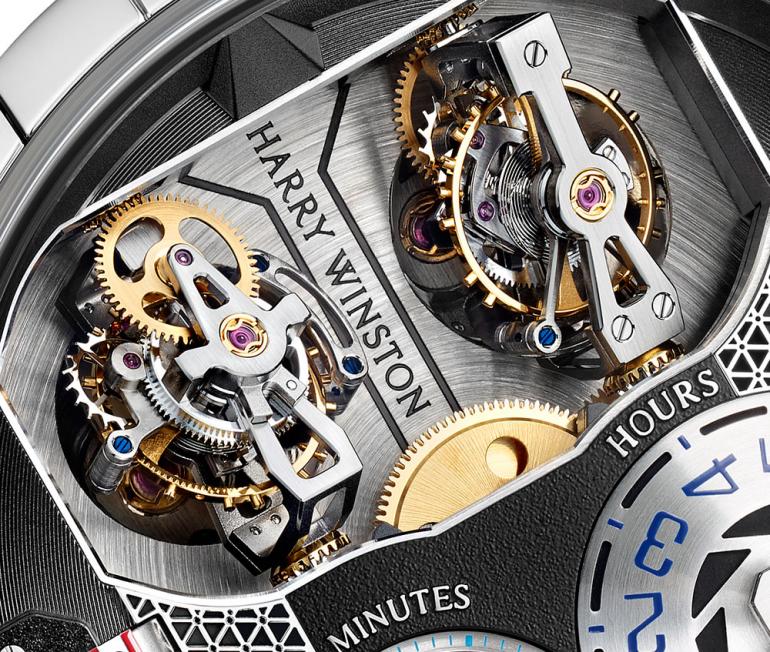 The caliber HW4503 that houses the twin tourbillons measures in at a whopping 43mm in diameter and is equipped with two rapidly rotating superposed barrels. Only twenty pieces of the Harry Winston Histoire de Tourbillon 8 will be produced (ten with the red dial, and ten in anthracite grey). There is no word on the pricing as of yet. 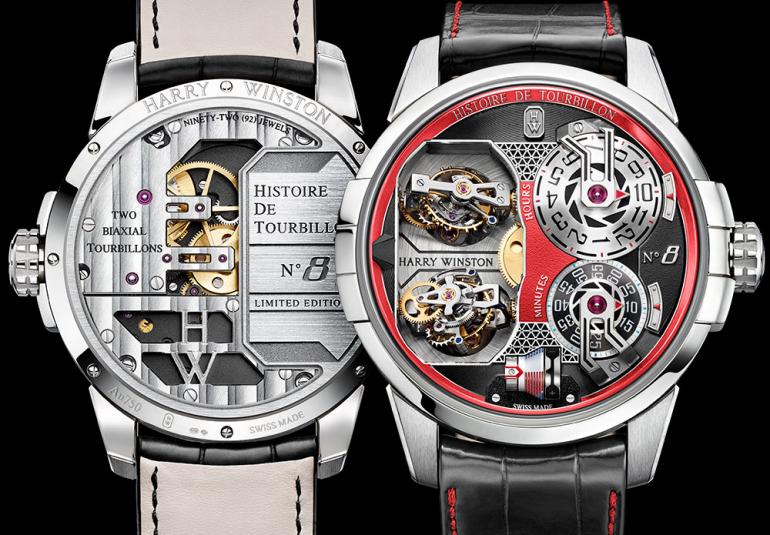 Tags from the story
Harry-Winston, Tourbillon