French luxury brand Hermès has released a new limited edition Arceau timepiece that features a dial with the striking motif seen on its highly sought after Astrologie Nouvelle silk scarf. And it’s a beauty. First created in 1963 by Françoise Faconnet, the design was later reinterpreted by Cyrille Diatkine for autumn/winter 2012. Described as “orderly chaos” by Cyrille Diatkine, the astrogeology- inspired pattern reflects an artistic view of the flow and acceleration of time. The dial is beautifully framed by the 41 mm white gold case set with tulipwood – a tree native to North America which is known for its fine and firm grain, as well as a color that evolves from white to dark blue. To recreate the captivating design onto the dial, Hermès artisans went with the specialized art of wood marquetry. 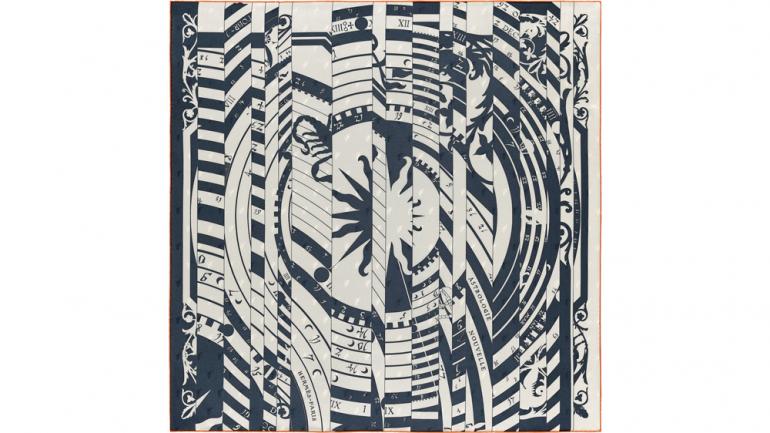 To create the dial, the whole process takes three weeks of painstaking work by specialized artisans. It all begins by cutting tiny pieces of tulipwood and then assembling them together onto the dial like a puzzle. Then it is sent for sanding and varnishing. Though, several high-end watchmakers like Cartier, Piaget, and Patek Philippe, have used this meticulous technique on its timepieces, the new timepiece by Hermès marks the first time the Maison has worked with the ancient craft. “Over the years, we have had the opportunity to meet talented craftswomen and craftsmen to express the creativity of the house,” says Philippe Delhotal, creative director of Hermès Horloger. “Techniques such as enamel and engraving are commonly used, but crystal, leather, straw and wood marquetry are rarely applied on a small scale. This occasion marks the first time we’ve used wood marquetry, where each element is meticulously cut, handled and assembled on the dial.” The Hermès Arceau Astrologie Nouvelle is limited to eight pieces and is priced at $54,900 apiece.

Tags from the story
Hermes, Limited-Edition