Warning: what you’re about to witness could be spine-chillingly cool. Say hello to skull culture. After giving us Unico Bi-Retrograde Chrono, the official watch of the 2014 FIFA World Cup, Hublot gets back to Basels I mean basics, with the Classic Fusion Tourbillon Skull. Unveiled at BaselWorld 2014, the Skeleton tourbillon movement is distressed-looking and desirable. 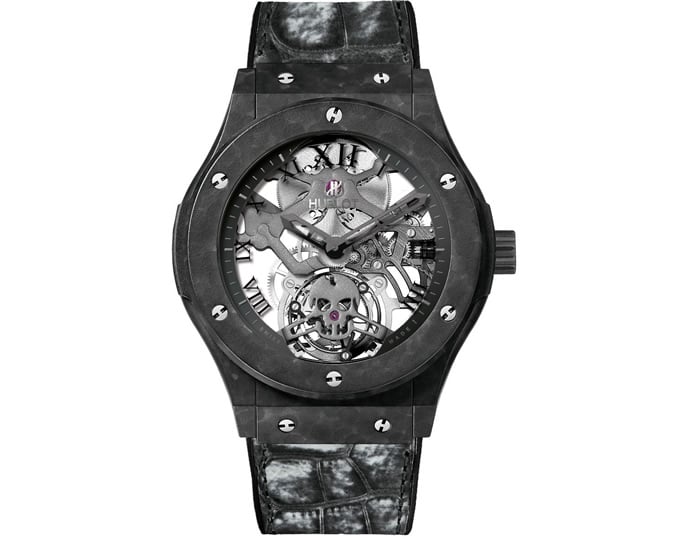 If pop art is your thing but not the vivid Hublot Big Bangs with their burst of color then you can steer clear of the Warhol explosion. And go goth with this latest release that is part of Hublot’s skull series, in a way that is contemporary yet timeless. A combination of the traditional watchmaking values and the new king amongst complications, the ceramic-coated aluminum, the new timepiece has a striking appearance. With MAO (Microarc Oxidation) to thank for its uniqueness, the watch has a high hardness rating of around 1000 Vickers, which is basically lends it resistance to corrosion and friction. 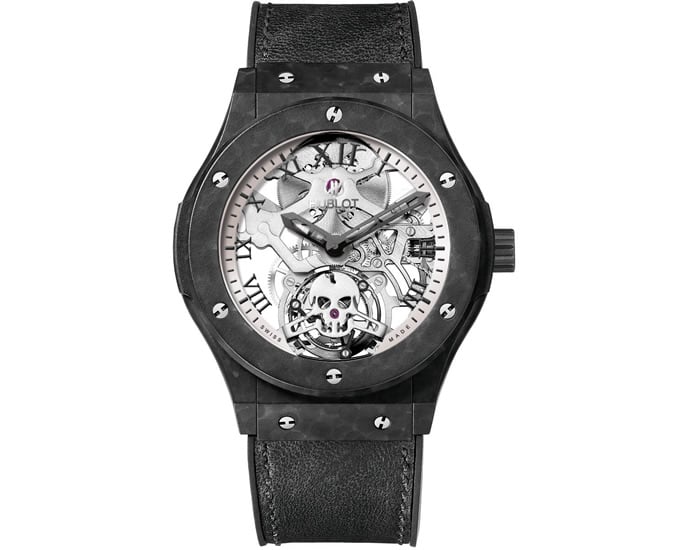 Besides that it features a micro-blasted finish and the Manufacture’s famous yet transformed manual winding skeleton tourbillon movement. While its 5-day power reserve is still very much party to the development, its bridges and plate have undergone 3-D machining, creating a relief on these components. Through this very delicate technique, it bids adieu to flat bridges and ushers in a 3-D look, which is quite rare in watchmaking. But getting back to the other rarity, its finish. The components undergo an electroplating process, after which they are rhodium-plated and eventually micro-blasted to end up with this white appearance. 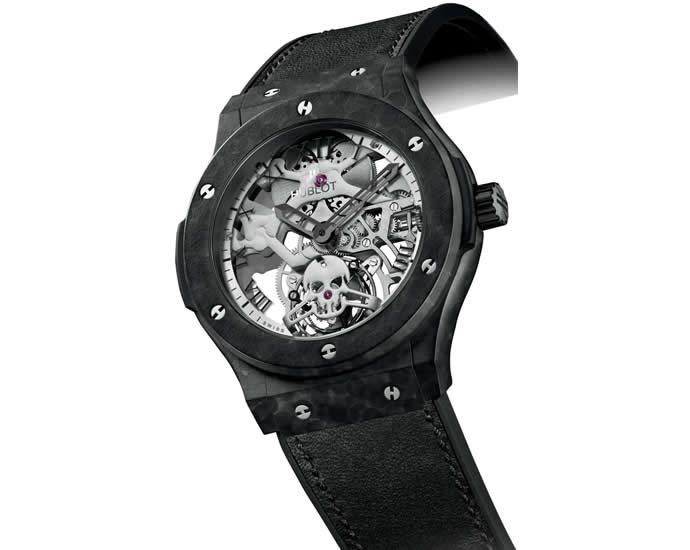 The bone shaped design of those patches paired with skull-shaped minute tourbillon barret (which rotates fully in one minute) and finally, the fantastic first for Hublot, Roman numerals makes the watch the perfect fusion of the traditional and the modern. This craftsmanship of the past and a 21st-century creative vision comes further enhanced by a vintage black calfskin strap with black stitching and black rubber deployant buckle.