Inlaid with more than 1,200 diamonds, of which six stones weigh more than 3 carats each, the world’s most expensive wrist watch was unveiled by Swiss watchmaker Hublot at Baselworld. Worth $5 million, this dazzling timepiece was crafted by 17 people and it took 14 months to set more than 140 carats of diamonds on the it. Jean-Claude Biver, president of the Hublot, said it would be hard to make a more expensive watch “because the surface of the watch is limited”. He has also suggested that several people have expressed interest in acquiring it. 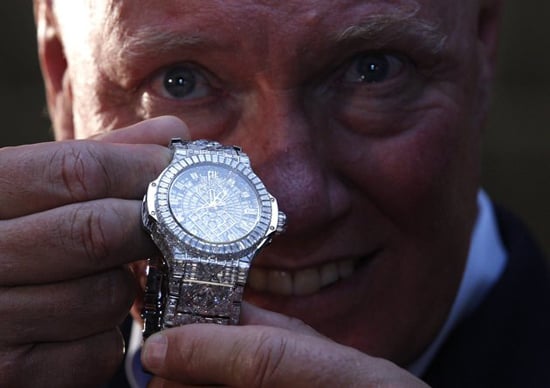 Girard-Perregaux is the new official watch partner for Aston Martin