It was in 1999 when Audemars Piguet first combined a tourbillon with a chronograph in a timepiece by launching the Jules Audemars Tradition d’Excellence n°1. The Swiss watchmaker now has five different models with those two complications; however, AP has never introduced a watch that combines the flying tourbillon and flyback chronograph mechanism. But that was until now as AP has finally revealed a timepiece that features both the complications. Meet the Audemars Piguet Code 11.59 Selfwinding Flying Tourbillon Chronograph, a new limited-edition timepiece that is bound to evoke interest amongst watch collectors. It’s the latest iteration to join the watchmaker’s Code 11.59 collection that made its debut in 2019 with a total of 13 watches. A few months back, AP introduced 10 updates to the watch collection. Nevertheless, the new Selfwinding Flying Tourbillon Chronograph is the most notable addition to the collection by far. 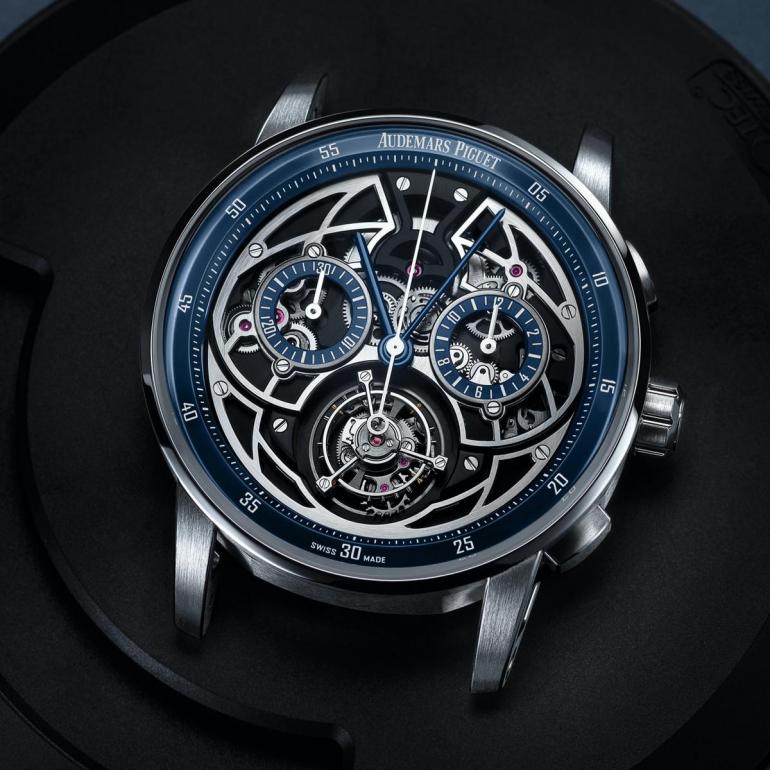 The latest offering in the Code 11.59 collection 18K white gold case measuring 41mm and features a brushed finish. The three-dimensional open-worked dial features a beautiful combination of rhodium-treated bridges and black galvanic treatment for the backplate, creating a stunning contrast. The movement is made of titanium and nickel silver, except for the rotor that is in 22K gold and also gets rhodium treatment. The Calibre 2952 powering the watch is a horological art in itself with over 100 hand-polished angles that have been finished using satin-brushing and sandblasting techniques. There are 479 parts in the movement and offers a power reserve of 65 hours. The new timepiece will see a limited production of just 50 pieces and is priced at CHF 240,000 (about $265,000). 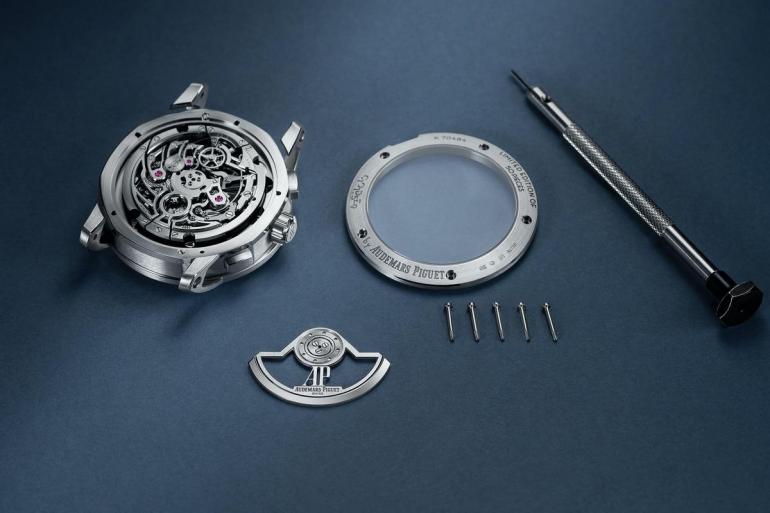 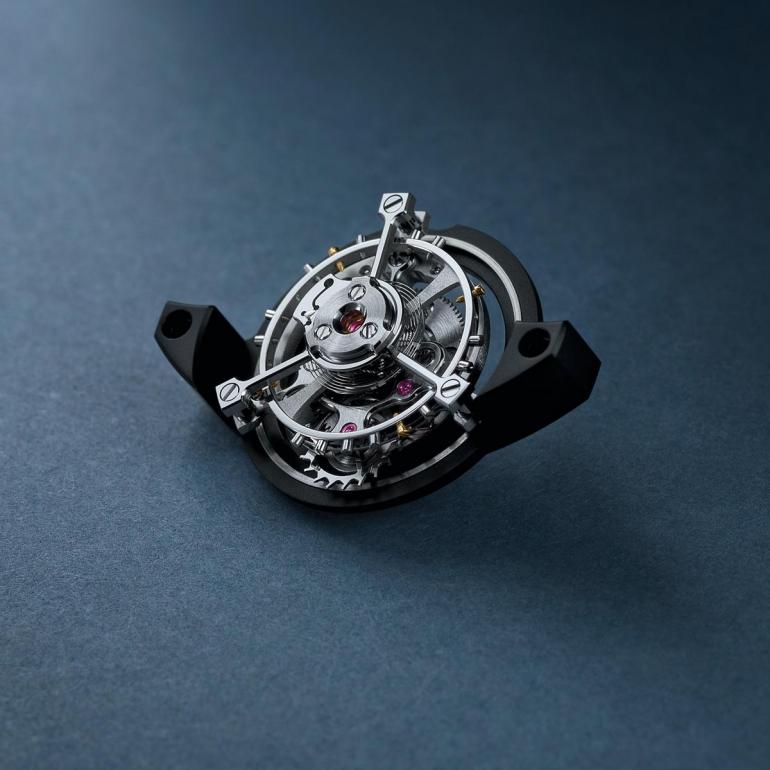 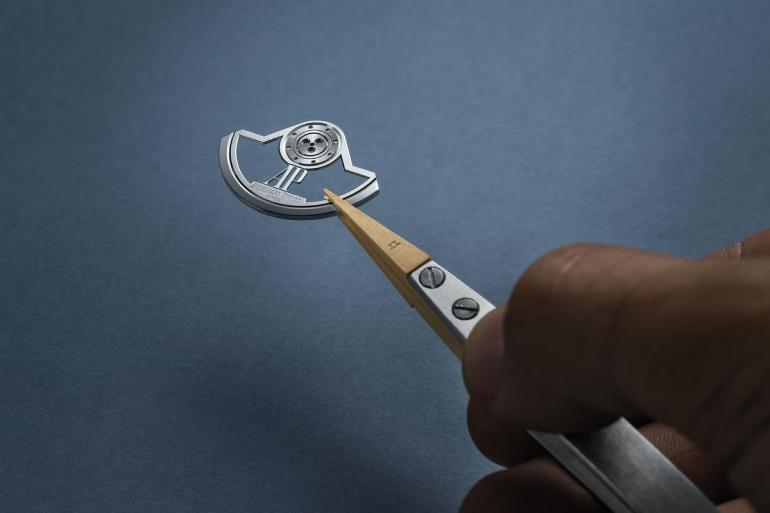 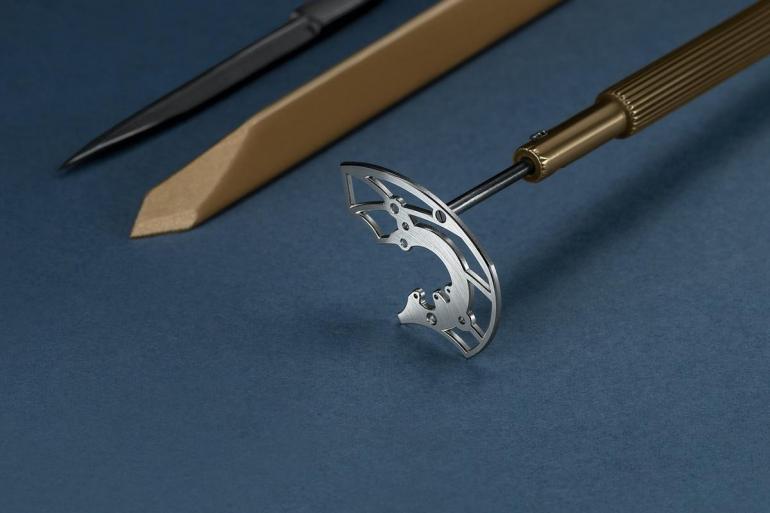 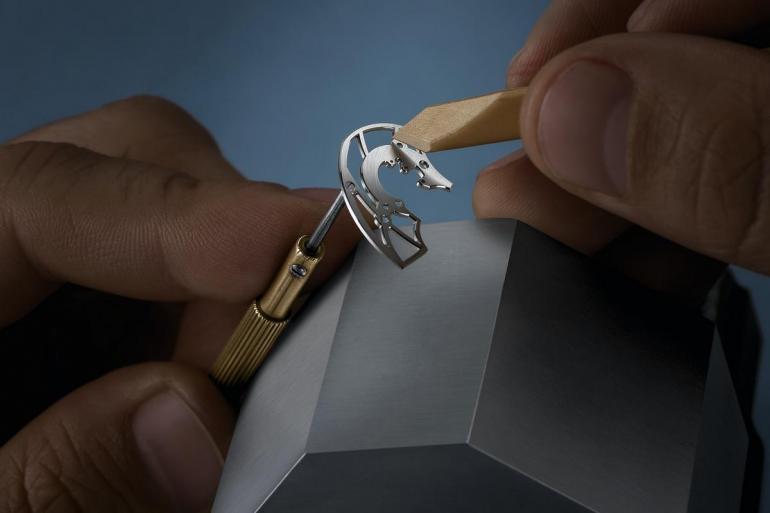 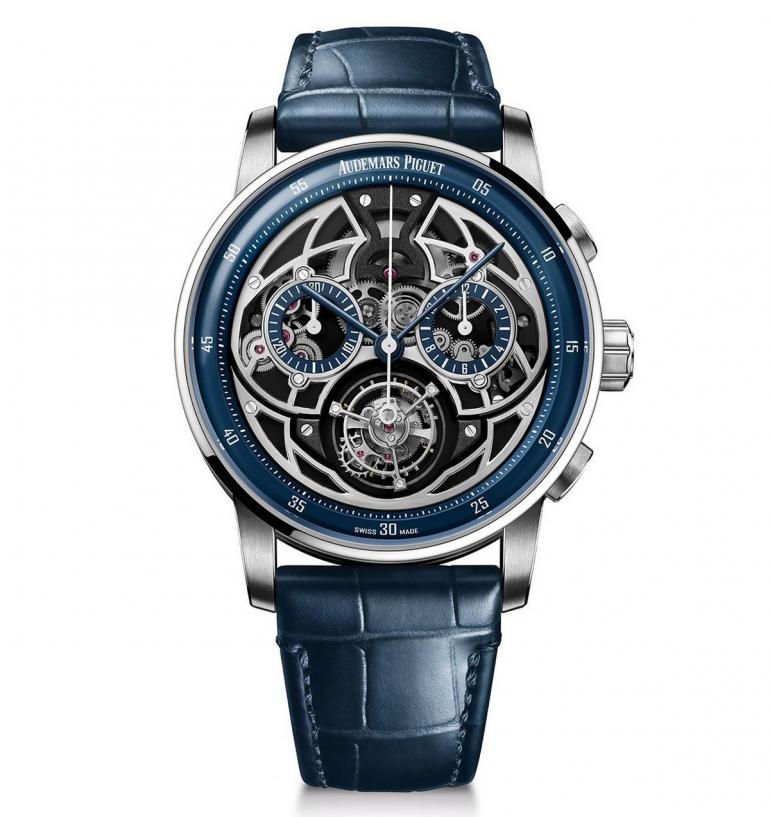