It was in 1936 when IWC made its first aviation timepiece on a request from the UK to create a watch for fighter pilots that could withstand temperature changes and magnetic fields. In the last 85 years, the IWC Pilot’s Watch has continually evolved into a line that’s very popular with collectors. A mainstay in the Pilot’s Watches collection is the chronograph. It’s the 3705 Fliegerchronograph that put IWC on the map in the 1990s by gaining legendary status and becoming a cult favorite. But the case size has continued to grow over the last three decades. For 2021, IWC has introduced a new 41mm version of the Pilot’s Chronograph that should open the product line to a new demographic for the brand. The 41mm case size is more practical in the sense that works for just about anyone and should attract a lot of today’s watch consumers; the success of the recent Spitfire line with 41mm case size is a testament to this. 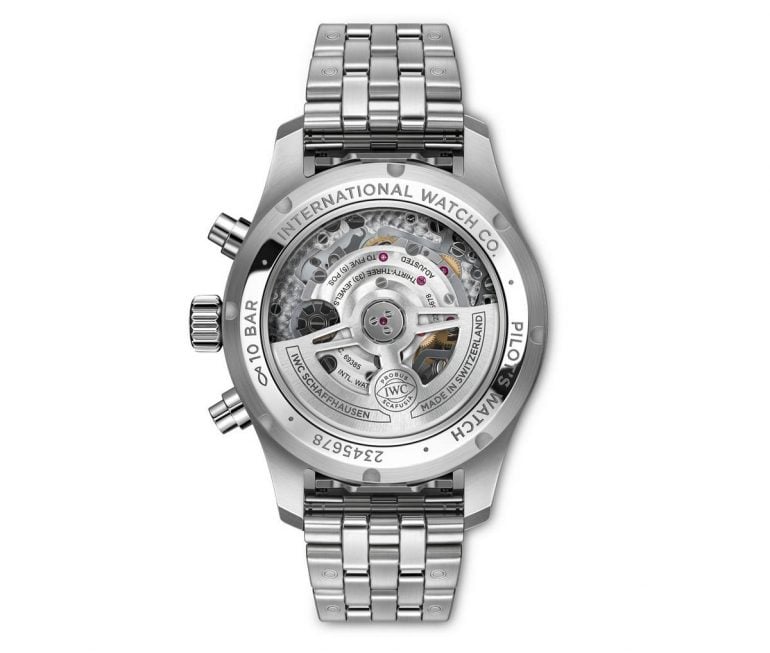 The downsized Pilot’s Chronograph is in stainless steel, which immediately gives it a much broader appeal, and is available with a blue or green dial. Powering the watch is the in-house 69385 caliber chronograph movement that comes from the same family of chronographs used in IWC’s Portugieser line. The larger Chronograph 43 uses IWC’s caliber 79320, which has a similar layout and performs the same functions. However, the IWC caliber 69385 puts the sub-seconds at the 6 o’clock position instead of 9 o’clock and offers 46 hours of power reserve – two more than caliber 79320. The automatic movement is also on display through the sapphire crystal window on the Pilot’s Chronograph 41. IWC doesn’t offer an open caseback on the 43mm version. The watch can be had with a choice of a steel bracelet or a calfskin leather strap. The Pilot’s Watch Chronograph 41 also features IWC’s proprietary EasX-CHANGE system, which allows the wearer to quickly and easily change the strap or bracelet without any special tool. The watch is also now water-resistant to 100 meters. The IWC Pilot’s Watch Chronograph 41 is priced at $6,500 USD on a strap and $7,200 USD on the steel bracelet. 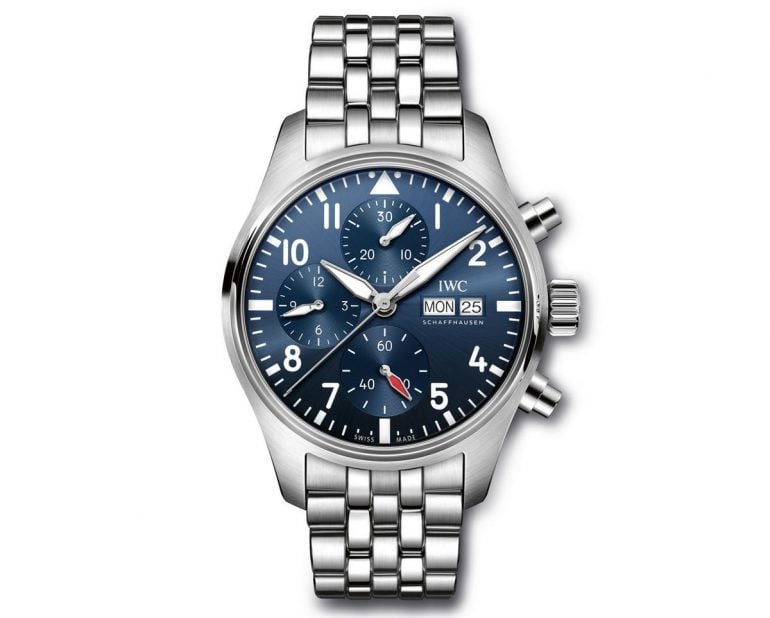 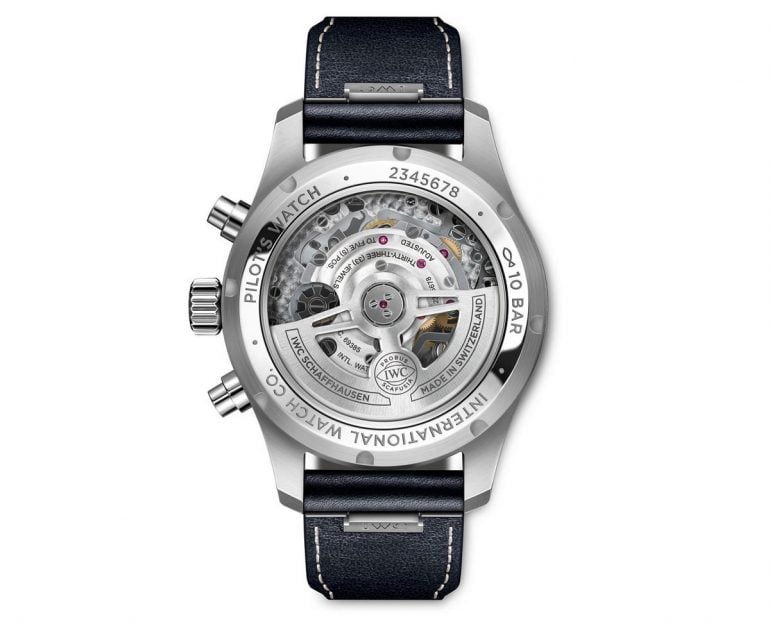 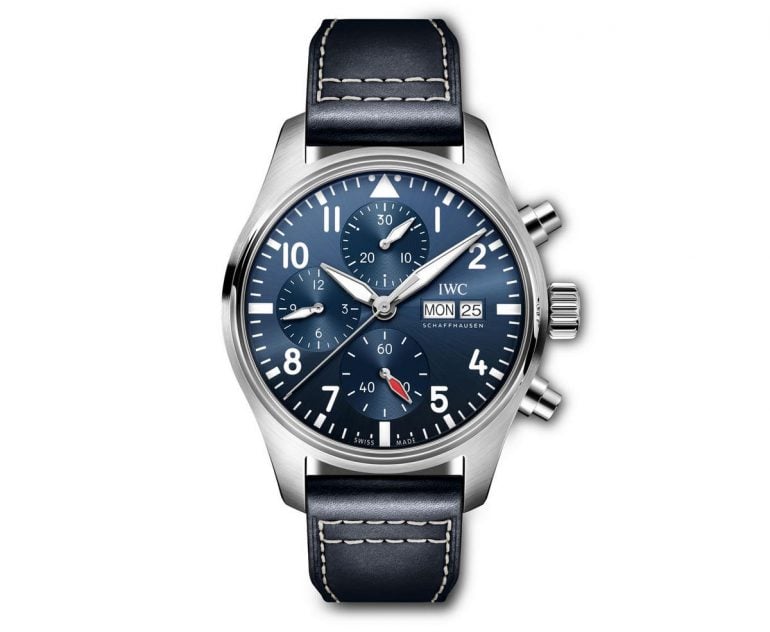