This year marks the 50th anniversary of Francis Ford Coppola’s cinematic masterpiece, The Godfather. First released in 1972, the gangster drama not only ended up winning three Oscars and seven Golden Globes but also had a profound effect on filmmaking and cinematic storytelling. To celebrate the momentous occasion and pay homage to one of the greatest and most influential movies of all time, watchmaker Jacob & Co. has released a new iteration of its Godfather Triple-Axis Flying Tourbillon Musical watch. As a tribute, Jacob & Co. chose the island of Sicily as the place to unveil the limited edition timepiece (Marlon Brando’s character, Don Vito Corleone, is a Sicilian immigrant in the gangster drama). 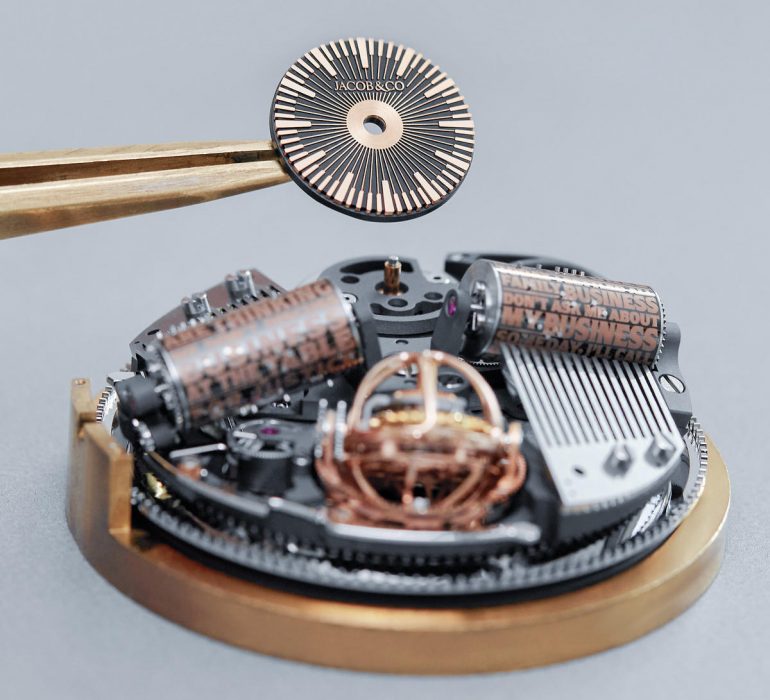 The Jacob & Co. Opera Godfather 50th Anniversary is a technical and visual masterpiece just like the movie it pays tribute to. The beautiful wristwatch is decorated with artistic renditions of 13 iconic scenes from the cult movie. The case measures 49mm wide and 23mm thick, and the flanks have been used as a canvas to depict the scenes that are etched with a high-intensity, high-precision femtolaser technology. It takes no less than 30 hours to complete each case. On the dial, you can find a miniature grand piano emblazoned with the portrait of Marlon Brando / Don Vito Corleone. Additionally, there’s a black PVD-pink gold plate “The Godfather 50 Years” with the iconic puppet string logo and a hand-painted rose at the center of the movement. 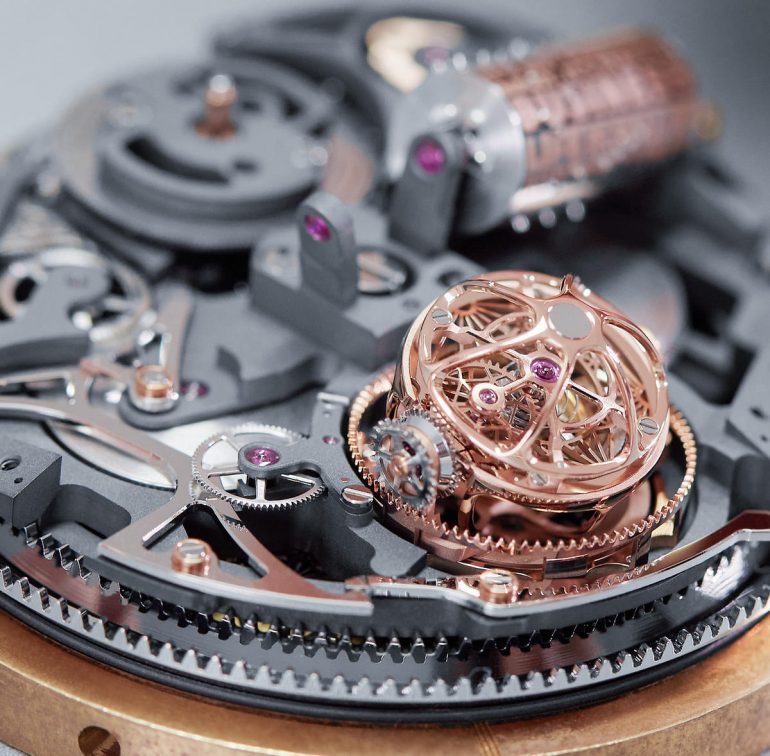 The rose is flanked by two musical barrels that power the music box mechanism and are programmed to play the Godfather’s Main Theme. Furthermore, the rose gold barrels are engraved with iconic quotes from the movie. The centerpiece, however, is the flying triple-axis tourbillon in which the concentric cages have rotational times of 24, 48, and 180 seconds respectively. The limited edition’s caliber JCFM04 movement is manually wound and is made up of 658 components. Operating at 3Hz, it offers a power reserve of 42 hours. The Jacob & Co. Opera Godfather 50th Anniversary is limited to just 50 examples and is priced at $500,000. 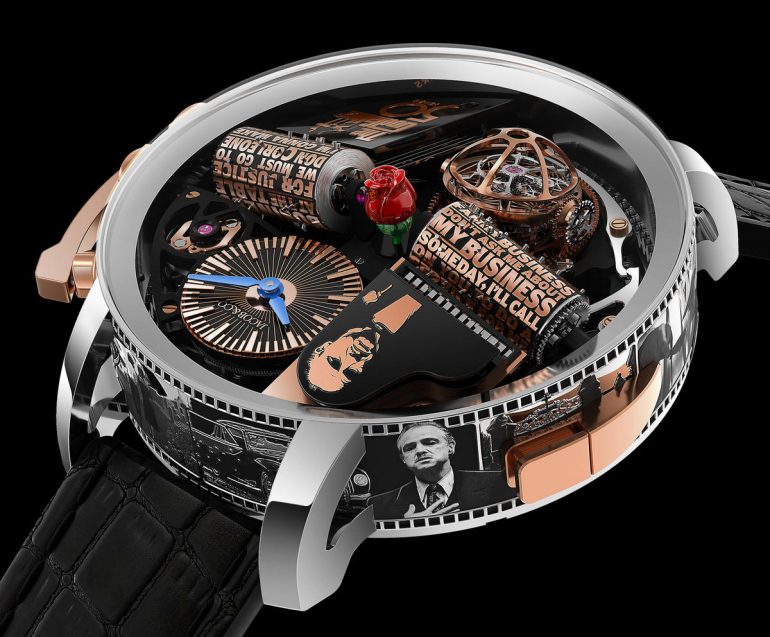