Luxury Swiss watch brand Roger Dubuis and Lamborghini have officially announced the partnership between the two brands. The collaboration has already spawned two new watches which were unveiled at the Lamborghini Headquarters in Italy a few days back. Enter the Roger Dubuis Excalibur Aventador S, the big reveal that beautifully blends Italian design aesthetic and performance with Swiss precision. The development of the watch has also brought to life an all-new caliber, which is claimed to be inspired by the engine of the Aventador S and the new Huracàn Super Trofeo EVO. 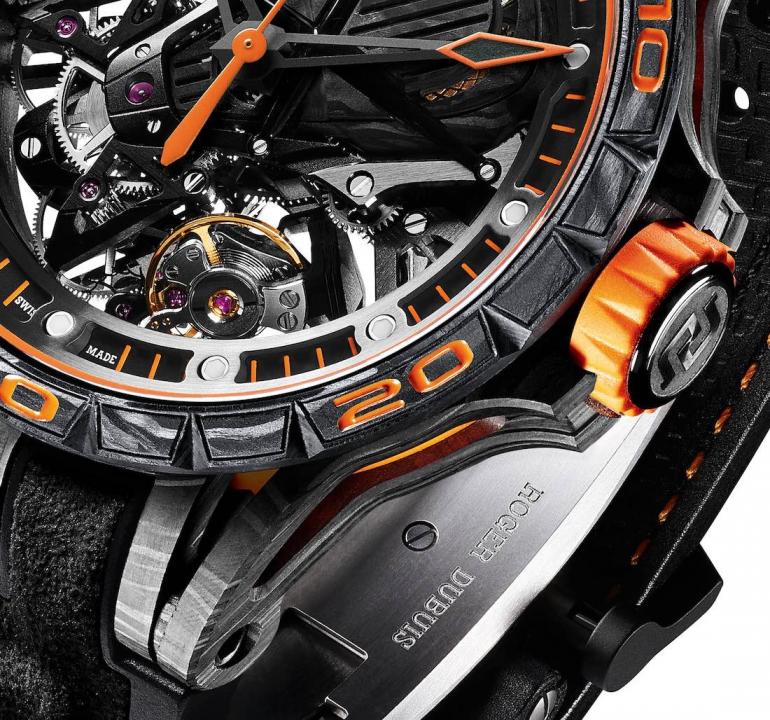 The Roger Dubuis Excalibur Aventador S, the first watch out of the collaboration, comes in two variations, available in limited runs of 88 and 8 pieces, respectively. Both the new releases feature multilayer carbon cases. They are also powered by the all-new double balance hand-wound caliber RD103SQ, which runs at 4Hz and offers a power reserve of 40-hours. The EX613 with yellow accents arrives with a retail price of $185,000; whereas the EX624, identifiable by its orange accents and carbon cover plate, is priced at $205,000. Both versions are 45mm wide, 14.05mm thick, and use winning Pirelli racing tires for straps thanks to Roger Dubuis’s collaboration with Pirelli. 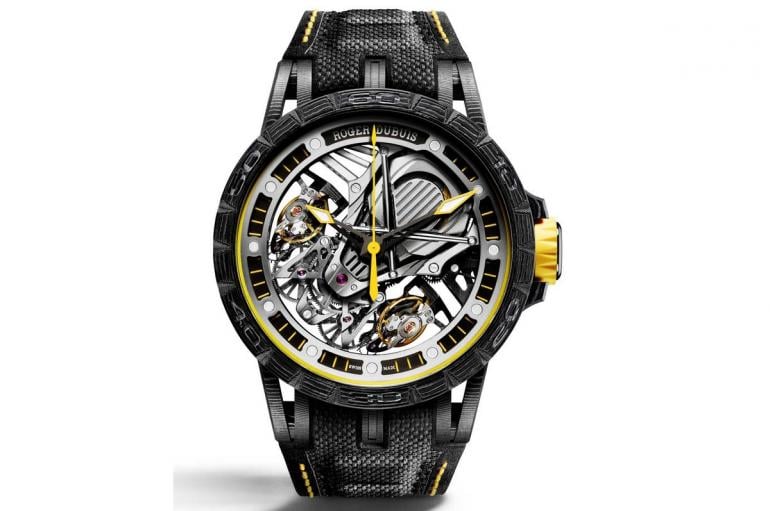 Tags from the story
Lamborghini, Roger-Dubuis